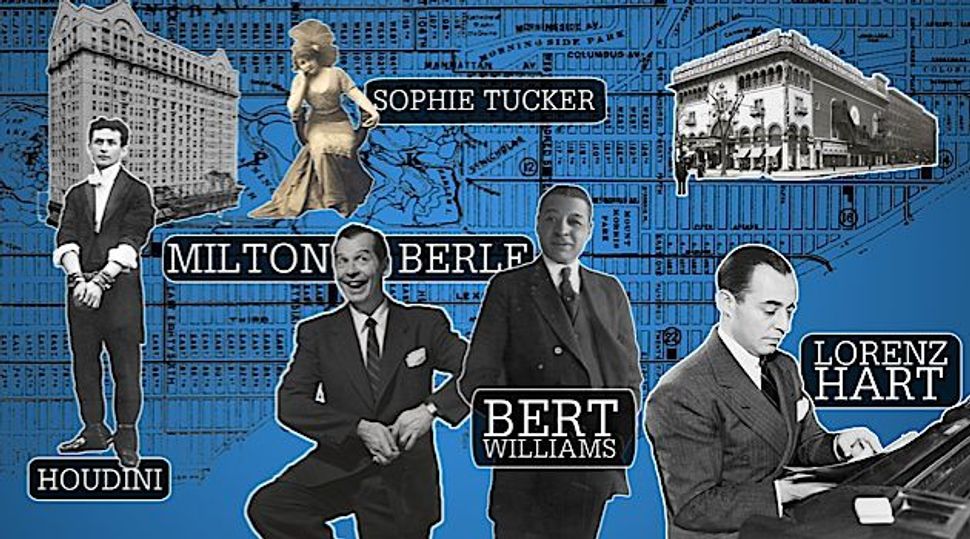 Just south of the bustle of Harlem’s famed 125th Street corridor, a mix of brownstones and churches in Harlem’s Mount Morris Park neighborhood prospers today as home to a large working-class black population. But walk down these streets with John T. Reddick, and he will show you the remnants, still-visible, of the vibrant Jewish life of the early 20th century, which forged a rich era of musical collaboration between blacks and Jews.

There, etched high atop the facade of apartment buildings on 119th Street, are Stars of David, created when Jewish residents began moving uptown from the tenements of the Lower East Side. A few buildings down on 119th Street stands Emanuel A.M.E. Church, originally Temple Mount Zion, where future comedian Milton Berle was bar mitzvahed. On 120th Street, composer Richard Rodgers lived next to Cantor Yossele Rosenblatt, a popular composer, known as “The Jewish Caruso,” who led prayers at Congregation Ohab Zedek, then located at 116th Street. The cantor’s building bordered the house of lyricist Lorenz Hart, Rodgers’ songwriting partner, to the north. Hart, often annoyed by Rosenblatt’s constant singing from his backyard, would throw water out his window and onto the cantor’s head. 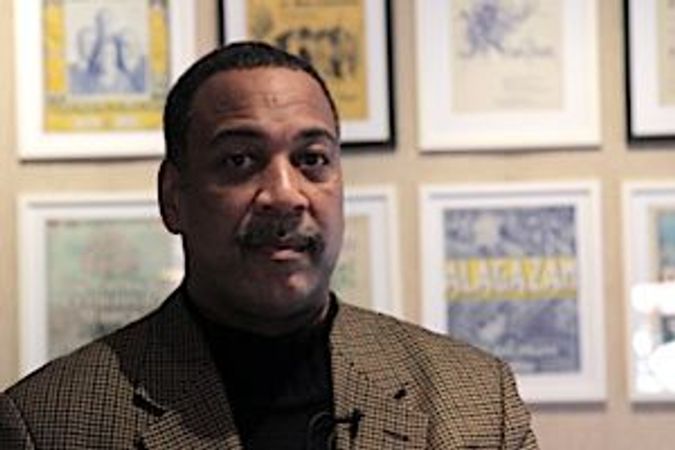 ”People think it was Jewish and became black, but it was a shared community,” said Reddick, an African-American architect and historian who has lived in Harlem since 1980.

These days, Reddick is reviving this forgotten history through an exhibition of sheet music and photos from the era. “Jews worked with black performers behind the scenes, and I want to get across the richness of the engagement and the proximity in which they lived,” he said.

The restaurant Settepani on 120th Street and Lenox Avenue is hosting Reddick’s exhibit, “Harlem’s Black and Jewish Music Culture 1890–1930,” through the end of February. The restaurant’s walls are adorned with about 50 sheet music covers featuring artists and performers like actress and singer Sophie Tucker, Tin Pan Alley composer Abe Holzmann and Sigmund Romberg, whose popular operettas were performed by such singers as Nelson Eddy and Jeanette MacDonald.

Music companies often hired artists with similar illustration styles to create these sheet music covers. One such artist was Harlem resident Al Hirschfeld, who drew caricatures for The New York Times. The images provide a glimpse into the musical and social atmospheres of the era. There are images with performers in blackface, as well as ones that endorse racial equality.

“Holzmann really looked at us in a different way, and his images are really diverse, upscale,” Reddick said. “It was blacks in a middle-class imagery, and that’s what blacks were trying to promote.”

Holzmann lived on West 122nd Street in Harlem and attended the National Conservatory of Music under Antonin Dvorak, who, particularly in his symphony, “From the New World,” was strongly influenced by black composers and Harlem residents Will Marion Cook and Harry T. Burleigh,

Another performer who collaborated with black artists was Tucker. She appeared onstage at the Lenox Casino on 116th Street, which is now a mosque where Malcolm X once gave speeches. Tucker began her career often performing in blackface, but she evolved into one of the era’s best-known performers of blues, ragtime and Yiddish music.

Jonathan Karp, director of the American Jewish Historical Society, said Jewish immigrants from Europe had experience as brokers and intermediaries, which also enabled them to act as mediators of black culture in Harlem. By the 1920s, Jews were heavily involved in publishing, booking agencies and eventually independent record labels specializing in black music.

Reddick began collecting sheet music three years ago, after he attended a lecture given by Jeffrey Gurock, author of the 1979 book “When Harlem Was Jewish.” Gurock explained the similarities between the black and Jewish migrations to Harlem, and this resonated with Reddick. Black residents in Manhattan were forced out of Midtown dwellings because of the construction of Penn Station. Jews came in large numbers after plans were made to build the Williamsburg and Manhattan bridges, and families like the Marx Brothers and the Gershwins began to leave the tenements of the Lower East Side.

The collaboration between black composers and Jewish musicians often took place in apartments, away from the public eye. Black artists were often not admitted to clubs, even in Harlem, and Jewish performers occasionally went to great lengths to keep their collaborations with black performers away from their families, who did not approve of their associations with blacks.

“Fanny Brice’s first hit was written by a black composer who couldn’t go into a lot of theaters where she was performing,” Reddick said, referring to her hit “Lovie Joe” written by Joe Jordan.

The buzz surrounding Harlem’s budding music scene led downtown impresarios to turn their attention uptown. One of the displays at Settepani is for “Darktown Follies,” composed by Harlem resident John Leubrie Hill in 1913 and performed at the Lafayette Theatre near 132nd Street. Florenz Ziegfeld saw the performance and copied songs from “Darktown Follies” for his own Broadway show, “which started a whole trail of people coming uptown to see what’s going on and taking it downtown,” according to Reddick.

Reddick said disputes over money and royalties likely led to the downfall of black and Jewish musical collaboration in Harlem. At the same time, the rise in popularity of motion pictures led a majority of influential Jews in the entertainment industry to move to California. Karp said a riot in Harlem in 1935 also contributed to a sharp decline in whites from other areas of Manhattan visiting clubs uptown.

Reddick, who grew up in a Jewish neighborhood in Philadelphia, attending friends’ Seders and bar mitzvahs, said he hopes to continue the exhibit at a larger, permanent space in the future. “I really resent the Gray Line double decker [bus]; it kind of goes through the neighborhood, you get the Apollo marquee from the second level of the bus and they’ve checked off Harlem as having visited,” he said.

To support Reddick’s mission, Settepani’s co-owner Leah Abraham, a native of Ethiopia, added Jewish dishes to her menu for the duration of the exhibit, including caponata, a mixture of vegetables and eggplant that was a staple of Sabbath luncheons in Sicily, and sweet-and-sour trout, which, Abraham said, is referred to in mainstream Italian households as “the Jewish fish dish.” Reddick is also giving walking tours of the neighborhoods, showing visitors the houses, synagogues and theaters where Jewish performers made their living.

“There’s a richness in the community I’d like to see last, particularly in the physical environment, and I want to see everyone invested in it,” Reddick said.