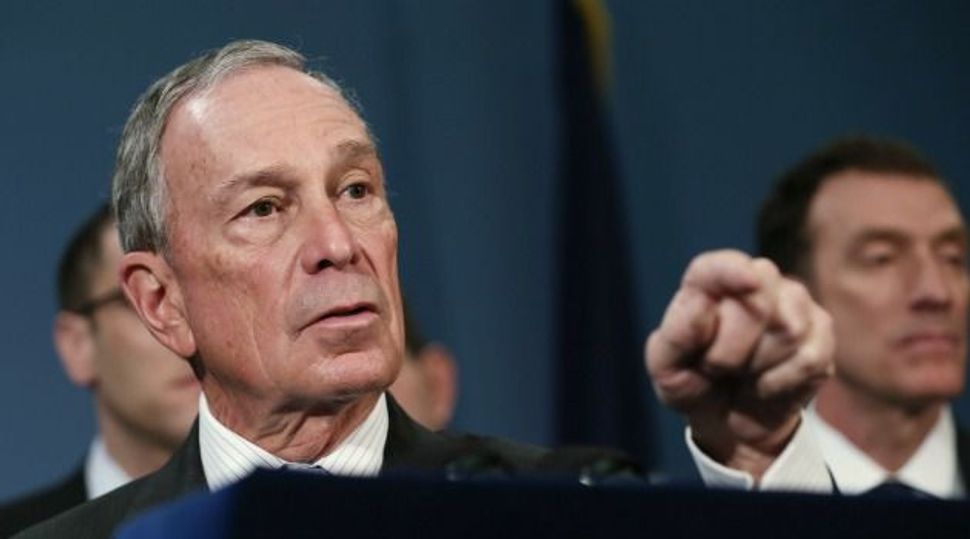 ?Go to North Korea?** Mayor Bloomberg sharply criticized lawmakers who called for a cut-off of funds to Brooklyn College in a dispute over a Boycott Israel event at the campus. Image by getty images

Stipulating that he “couldn’t disagree more violently” with the movement that seeks to impose boycott, divestment and sanctions on Israel, Bloomberg said he believed an academic department should be allowed to sponsor any sort of panel it liked.

“If you want to go to a university where the government decides what kind of subjects are fit for discussion, I suggest you apply to a school in North Korea,” Bloomberg said.

The panel, featuring two prominent supporters of the BDS movement, is scheduled to take place on February 6. It’s drawn criticism from Jewish activists and from public officials.

At today’s press conference, Bloomberg specifically dressed down the elected officials for their interference. “The last thing we need is for members of our City Council or State Legislature to be micromanaging the kinds of programs that our public universities run and base funding decisions on the political views of professors,” the mayor said.

Critics of the officials’ push against the panel saw Bloomberg’s comments as a major win. “That’s a very strong endorsement of my department’s position,” wrote Corey Robin, a professor in the Brooklyn College political science department, in a [blog post][2] about the speech.