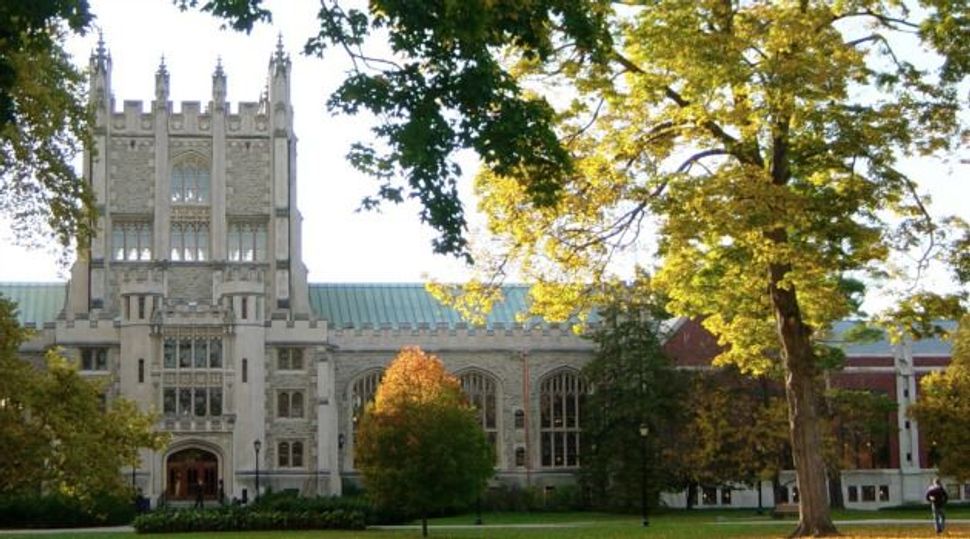 The Vassar Jewish Union has declared itself an “Open Hillel,” becoming the second organization to break from Hillel International over the parent group’s pro-Israel guidelines.

“We believe that Hillel International’s goal to ‘inspire every Jewish college student to develop a meaningful and enduring relationship to Israel’ does not represent the diverse opinions of young American Jews,” the VJU said in a February 18 statement announcing that it would no longer abide by the Hillel guidelines. “We believe that fostering a pluralistic community and supporting all Jewish life on campus cannot be achieved with Hillel International’s Israel guidelines in place.”

The “Open Hillel” movement joined by the VJU describes itself as “a student-run campaign to encourage inclusivity and open discourse at campus Hillels.” The movement encourages Hillel chapters to reject Hillel International’s Israel guidelines, which prohibit campus Hillels from sponsoring programs, partnering with clubs and hosting speakers who “delegitimize, demonize or apply a double standard to Israel,” or deny its right to exist. The guidelines also bar cooperation with anyone supporting boycotts, divestments or sanctions against the Jewish state.

Following the Vassar announcement, Hillel International’s president, Eric Fingerhut, reiterated his opposition to Hillels violating the Israel guidelines. “Our expectation is that all Hillel affiliates will continue to uphold these standards for partners and co-sponsors,” he said in a statement.

But Fingerhut stopped short of threatening the VJU’s expulsion from Hillel and expressed interest in further dialogue with the group. “We agree that Hillel should and will always provide students with an open and pluralistic forum where they can explore issues and opinions related to their Jewish identity,” he said. “We thank the Vassar students for their commitment to this value and accept their invitation for further conversation.”

The response differed notably from Fingerhut’s reaction after Swarthmore Hillel made its announcement last December. Then, Fingerhut denounced Swarthmore Hillel’s move and warned the group against moving forward with the changes.

The VJU’s connection to Hillel International was weak, according to an official close to Hillel, who preferred to remain anonymous in order to avoid distracting from Fingerhut’s statement. Like Swarthmore Hillel, the VJU does not rely on Hillel International for the bulk of its funding, which comes from Vassar. Additionally, the VJU has only been associated with Hillel for about a decade, according to Naomi Dann, president of the VJU.

So far, Swarthmore and Vassar are the only campuses that have signed on to the movement. Recently, though, alumni of the University of California, Berkeley started an open letter to the Hillel center on that campus, encouraging it to become an Open Hillel.

“I think that it really shows that this movement has momentum and that Swarthmore is not just a fluke or unique,” said Emily Unger, a founding member of Open Hillel, referring to the VJU’s decision. “I don’t think that Hillel International can continue to write this off or act like they don’t need to seriously rethink their standards.”

Vassar College is a top liberal arts college located in Poughkeepsie, N.Y. According to Hillel’s college guide, 500 of its 2,400 students — about one-fifth — are Jewish. The Jewish community on campus is served by a campus rabbi and operates its own building, the Bayit.

Dann, the VJU’s president, said that Israel was previously not much discussed on campus or at her Hillel center. “It actually was an issue we shied away from [at the VJU] because we weren’t sure as a religious, cultural, spiritual, community organization what our political role should be.”

But Israel has recently emerged as a major issue on campus this year, Dann said. New chapters of J Street and Students for Justice in Palestine founded this year have stirred up conversation about Israel, and a university-sponsored trip to Israel has drawn controversy.

“Right now, it’s a very hot topic issue [and] we felt we wanted to clarify our position to clear the air,” said Dann.