Did an Israeli Researcher Spy On a CalTech Lab? 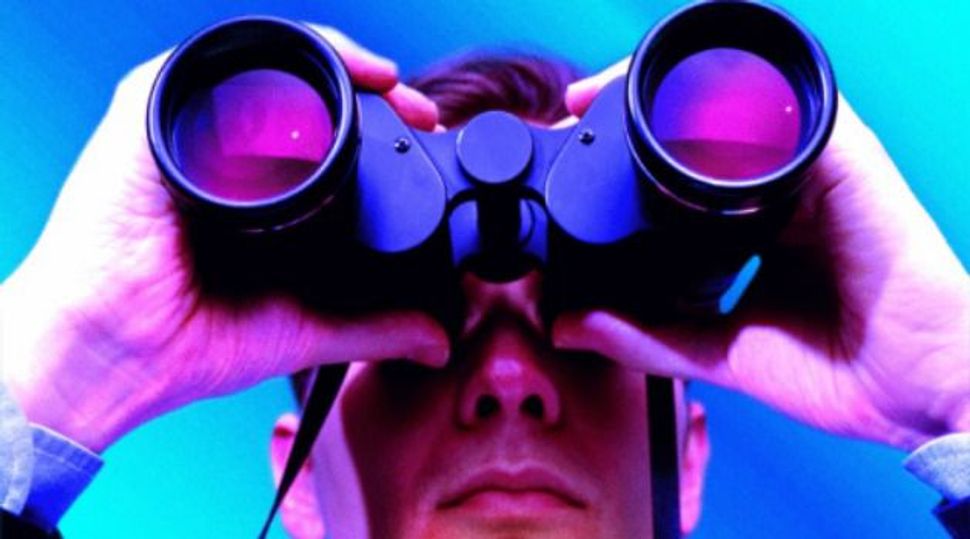 At first glance, this may seem like a page from a spy novel, complete with a young undercover agent roaming an empty lab after dark, with thousands of files mysteriously uploaded from a computer to a secret server, and with comic relief in the shape of top researcher who signs up her pet cat as co-author for one of her scientific papers.

But this story — being told through court filings, not on the pages of an airport paperback — could spell trouble for Israel, as the Jewish state tries to shake its image as one of the largest perpetrators of economic and industrial espionage in the United States.

The events, which surfaced publicly only recently, are alleged to have taken place more than four years ago at the California Institute of Technology’s Jet Propulsion Laboratory, the nation’s leading aerospace research center funded primarily by NASA. The main protagonists in the drama are Sandra Troian, an accomplished professor of applied physics at Caltech, and Amir Gat, an Israeli postdoctoral scholar under her mentorship.

On a local level, the case reflects a toxic work environment which has now led to a lawsuit filed by Troain against Caltech. In it, Troain claims that the prestigious institution took revenge on her for exposing Gat’s alleged theft of secrets.

But on the international level, the Caltech case plays into the broader problem of mistrust between American institutes and companies, and their Israeli counterparts, based on decades-long claims that Israel has been leading a vast secret information collection operation in the United States. The 1985 arrest of Israeli spy Jonathan Pollard left some in the American intelligence community feeling that he was not alone and that Israel, despite its denials, runs an espionage network in America. Reports earlier this year, drawn from intelligence briefings provided to Congress, described Israel’s economic espionage in America as having “crossed a red line.”

Gat came to Caltech for his postdoctoral work after concluding his PhD studies at the Technion, Israel’s most prestigious technological research university, located in Haifa. His work under Troian, beginning in March 2010, was focused on a space propulsion project and was controlled under federal laws prohibiting the transfer of high-level defense-related technologies to foreign entities.

In her complaint filed in California’s Superior Court in early November, Troain claimed that Gat repeatedly violated the rules governing use of restricted information obtained during the research at the Jet Propulsion Lab. These breaches included storing information on his personal laptop and ignoring regulations relating to keeping records of calculations and simulations, claimed Troain.

The Cal Tech researcher also wrote in her complaint about a computer virus attack that shut down her team’s work for a week and caused “hundreds of project files to be uploaded in rapid succession to an unknown IP address outside of Caltech.” According to Troain, the virus was traced back to Gat’s computer. 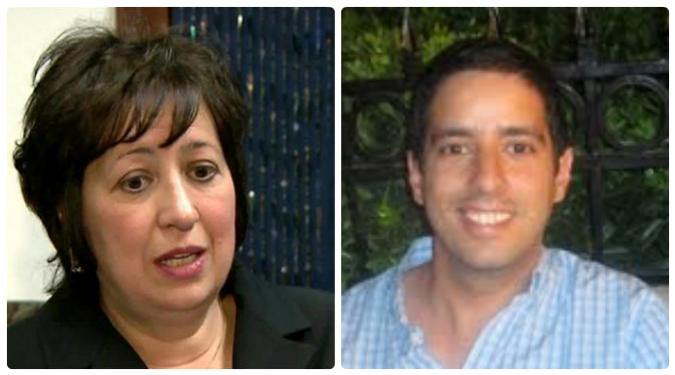 Spy Story: The main protagonists in the drama are Sandra Troian, a professor of applied physics at Caltech, and Amir Gat, an Israeli postdoctoral scholar under her mentorship. Image by KCAL9/Google+

Relations between the two grew sour. Troian claims Gat confirmed to her that he’d been sharing information about the project with a top Israeli scientist who was his PhD adviser and who chairs Israel’s national space research committee. Then, she spotted the young Israeli researcher “wandering alone, unauthorized, in one of her access-restricted experimental laboratories.” According to the court filing, Gat told Troian he was asked by his former mentor in Israel to “look around” the Jet Propulsion Lab.

By August 2010, relations between the two reached rock bottom and Troian fired Gat from her lab. She told Caltech authorities that the Israeli researcher had breached federal export-control rules relating to information he obtained at her lab. She also said he had published online, without authorization, information based on the research.

In her court complaint against Caltech, Troian argued that Caltech never responded to her warnings and that furthermore, the school offered Gat a position in another Caltech lab, where he worked for more than a year.

That might have been that. But in 2012, FBI agents approached Troian and questioned her about Gat. She stated in her court filings that FBI agents told her that Gat was the “focus of a larger investigation involving ITAR violations and possibly espionage.” ITAR is the federal law controlling export of defense-related technologies.

Gat, who has since returned to Israel and assumed a position of assistant professor at the Technion, would not respond to questions regarding the specifics of Troian’s complaint. In a statement he provided the Forward, Gat said that the allegations “are without any factual basis; they are meritless.” Gat said he worked on publicly available research papers, as was expected of him. “I am confident that any court considering this case will conclude that the allegations relating to me are baseless,” Gat added.

Troian told the Forward she could not comment on the issue because it is in litigation.

With facts of the case still strongly disputed, the issue has not registered thus far as a problem in Israeli-American bilateral relations. An Israeli diplomatic source told the Forward he was not aware of the case and had not heard of any complaints filed in diplomatic channels.

The case does, however, echo similar accusations leveled against Israel in the past. A series of articles published this spring in Newsweek, reported on secret briefings in which administration intelligence officials told members of Congress that Israel refused to heed U.S. calls to cease its industrial espionage activities here. They cited this problem as a reason to reject a proposal for easing U.S. visa restrictions for Israelis. Such a move, the officials warned the lawmakers, would allow entry to more Israelis sent to gather secret information.

The allegations are not new. They date back more than a decade ago, when the Pentagon identified Israel, alongside China, as a country engaged in attempts to steal American defense and technology secrets. Israel has vehemently denied these allegations and top Israeli officials made clear both in public statements and in private conversations with their American counterparts that the Israeli government does not engage in such activity in America.

One possible explanation offered by a former Israeli defense official who asked not to be named, was the “cultural difference” between Israelis and Americans when it comes to adhering to secrecy rules. This, the former official speculated, could explain cases in which Israelis in America treat their host country’s rules regarding export and transfer of information in a loose manner, leading Americans to view them in a suspicious light.

The issue of alleged Israeli theft of American technological secrets will not be discussed in court. Troian’s complaint is focused on what she views as attempts by Caltech to seek retribution because of her whistle blowing. Since she spoke to the FBI about Gat, she claims, Caltech has put a disciplinary warning in her personal file, saying she had mistreated postdoctoral scholars.

Later, she was denied research grants and threatened with termination because of “research misconduct.” This claim was based on complaints that Troian had registered her cat, M. Pucci, as co-author of an abstract submitted to a conference, instead of a postdoctoral researcher who had worked on the project.

Troian explained that the researcher had left her position early on in the project and did not contribute to the final findings. As for listing her cat as a co-author, Troian said it was merely a placeholder, adding that putting pets as authors of scientific papers was a common practice at the institution.

Did an Israeli Researcher Spy On a CalTech Lab?