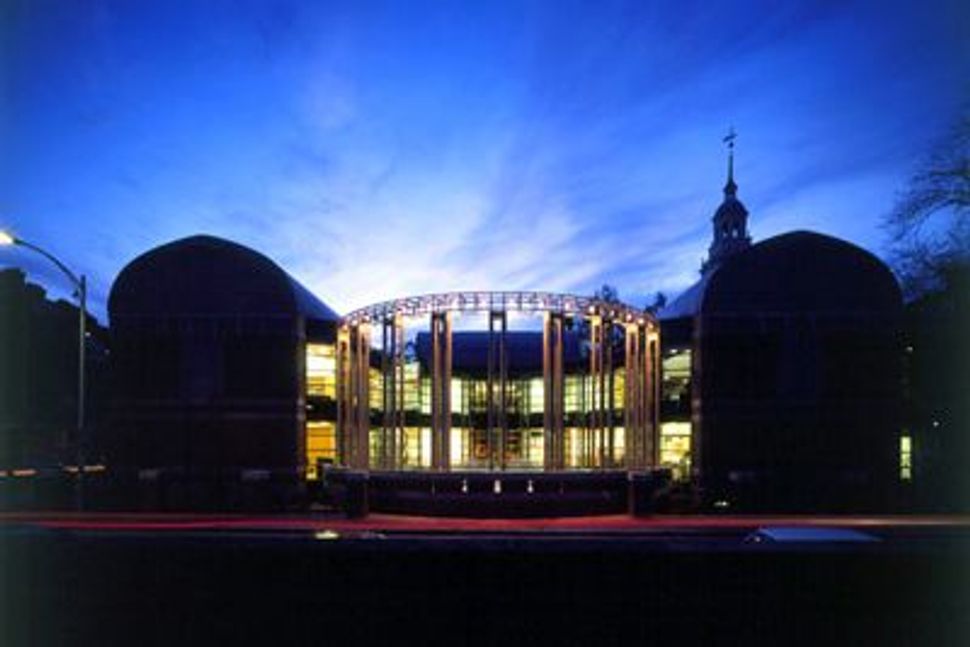 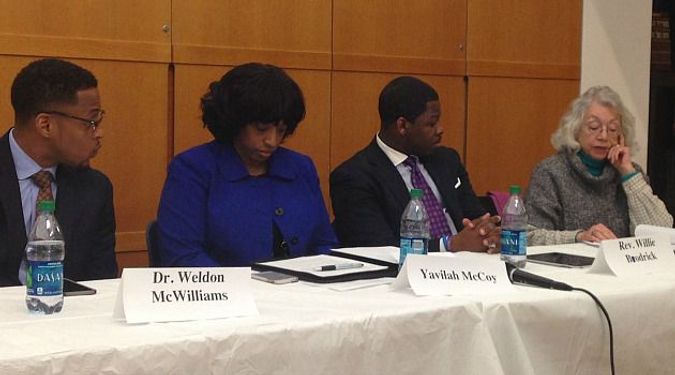 Dorothy Zellner spoke with a rare passion about how her Jewish upbringing inspired her to join the civil rights movement in the Deep South a half-century ago.

Alongside black speakers at a panel at Harvard Hillel, the on-campus center for Jewish students, marking the 50th anniversary of the Mississippi Freedom summer, Zellner explained why it is not surprising to her that so many Jews stepped forward to aid the struggle for justice.

“Our tradition in Judaism, we have very strong social justice tradition.That is the reason we are represented in the civil rights movement in number disproportional to our numbers in society. It’s because someone said justice, justice, thou shalt pursue.”

The activist’s remarks about Jews and civil rights would not have been out of place at any Hillel event during the past decades. They were warmly welcomed by fellow speakers and an attentive audience of about 50 students and faculty members at Harvard University on February 25.

But another of her comments could prove more groundbreaking, given the venue in which she made it. “I am a founding member of a local Jewish organization called Jews Say No, and we demonstrate in the largest Jewish neighborhoods about what we consider are the evils of the Jewish occupation, “ Zellner told the audience. “I am a supporter of BDS. I’m doing the work that I learned from black people and I will keep on doing that work.”

Her brief explanation of why she also supports the movement to boycott, divest and sanction Israel made news. But it remains unclear what impact, if any, it will have on Hillel’s controversial national ban on BDS supporters.

The event was co-hosted by Harvard Hillel, and Zellner’s comments appear to violate Hillel International’s Standards of Partnership, which state: “Hillel will not partner with, house, or host organizations, groups, or speakers that as a matter of policy or practice support boycott of, divestment from, or sanctions against the State of Israel.”

Rabbi Jonah Steinberg, the director of Harvard’s Hillel, denied any violation of the guidelines, noting that Zellner only briefly mentioned her support for BDS.

“Beyond saying – for all of about 10 seconds – that she worked in organizations that supported BDS, Ms. Zellner did not use this event to argue for boycotts of, divestment from, or sanctions against Israel,” he said. “Ms. Zellner spoke about her activism in the civil rights movement of the 1960s and about the lessons she learned from that work.”

Despite Steinberg’s claims, the guidelines make no exception for speakers who only briefly discuss their support for BDS. Nor do they make a distinction between supporters of BDS who use events to advocate for isolating Israel and those who primarily discuss other subjects.

“We will not support events whose purpose is to promote BDS against Israel, and we review all program suggestions very carefully on a case-by-case basis,” Steinberg said.

Other Hillels that have openly declared themselves open to pro-BDS viewpoints have been threatened with expulsion from the national body. That will apparently not happen in Harvard’s case as Hillel International officials gave their stamp of approval to the civil rights event.

For better or worse, the controversy over BDS seemed far from the minds of most of the attendees or participants in the inspirational event.

The speakers, Zellner, Yavilah McCoy, a black Orthodox Jew and activist, Baptist ministers Dr. Weldon McWilliams and Rev. Willie Bodrick discussed how their religion drives them to support social justice causes. Students in the room snapped their fingers and cheered as the panelists discussed the fight against racism and Islamophobia in America, and how Jews, Christians and Muslims can all work together to combat these issues.

Olivia Castor, Executive Board Member of the Harvard Black Student’s Association, which co-sponsored the event, said she was aware there was some controversy in planning the event. However, she said she was happy to hear that politics did not get in the way of an important conversation about social justice.

“Whenever you have that controversy, as long as it’s not offending anyone in particular, that conversation should still be had,” she said. “Having this event in Hillel is a symbolic thing, and I’m glad we could have it here.”

After the panel, Zellner said she was both shocked and delighted to be allowed to speak at Harvard Hillel, despite her views on Israel.

“We have to talk, and pretending that things aren’t happening and shutting off dialogue is not going to help,” Zellner said. “I don’t expect everyone to agree with me, but they have to be able to hear what I have to say.”

Zellner credited the student organizers with engaging with Hillel and pushing the organization to re-think the Standards of Partnership.

“This is a sign of things changing, and it’s because of these students,” she said. “Students were at the forefront of the Civil Rights movement and these students are going to change [things] too.”

The student organizers from the Progressive Jewish Alliance also considered the event a victory, according to Sonya Karabel, a PJA board member.

“We’re very happy this event was allowed to happen and Dorothy Zellmer spoke her opinion,” she said. “It was a historic moment.”

Open Hillel, the national student group that is pushing for Hillel to open its doors to Jewish groups and individuals who support BDS, suggested that Harvard could lead the way to ease the ban on pro-BDS speakers nation-wide.

Steinberg also called the event a success, perhaps offering a path to resolving the bitter dispute between Hillel International and the Open Hillel rebels.

“I am glad we trusted our students, as adults in their own right, to discern right from wrong,” Steinberg said.