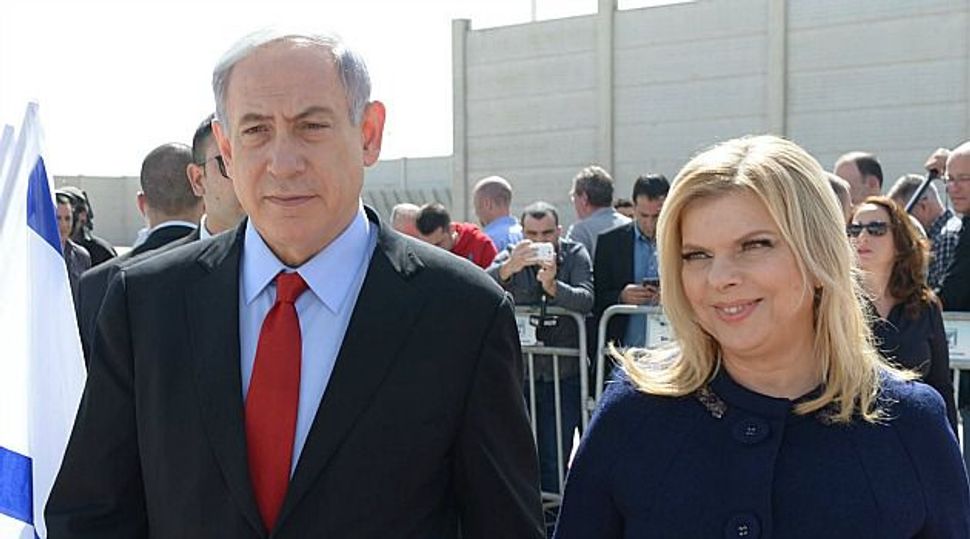 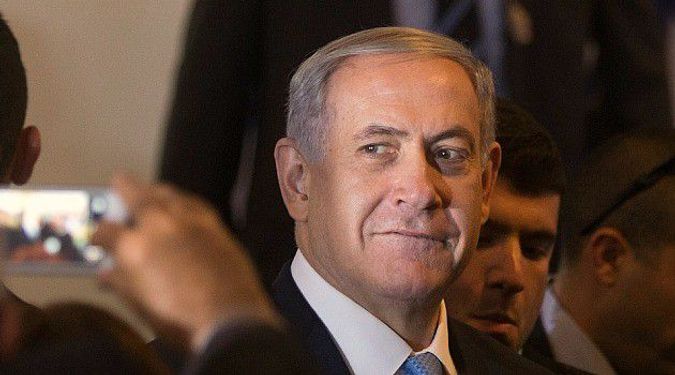 Regulars at the annual parley of the American Israel Public Affairs Committee are used to hearing speakers warn that “critical times” face supporters of Israel. Mostly, this is no more than a standard injection of some alarmism to jolt members into action.

This year the term is amply justified. And the catalyst is not some outside hostile force. By bypassing Democrats and the Obama administration in arranging his address to Congress, Israel’s own prime minister has unleashed a torrent of parlous consequences for AIPAC, one that will be on display at its conference that starts March 1.

First and foremost, it has imperiled achievement of the goal that AIPAC has defined as its prime long-term objective just as that effort was reaching its decisive moment: making sure America denies Iran any nuclear capability.

Among other things, the veto-proof majority that some believed was ready to vote for tougher sanctions against Iran in February, contrary to the administration’s wishes, dissipated at least temporarily with Netanyahu’s move.

Senate Democrats, including the bill’s Democratic co-sponsor, made clear they would not vote for the bill now, in the face of what they saw as a move by Netanyahu to both snub President Obama and boost his own re-election when Israel goes to the polls just two weeks later.

A new reality of overt partisanship has now tinged the U.S.-Israel relationship.

The brawl set off by Netanyahu’s speech has also emboldened other Jewish groups to challenge AIPAC’s own longtime status as the strategic center for pro-Israel activism in Washington. As the lobby kicks off its three-day extravaganza in Washington’s Convention Center, it faces the need to now prove to members of Congress and to supporters that AIPAC is still the main voice of pro-Israel activism, despite increasing challenges coming mainly from a growing right-wing flank.

“Enough with this bipartisan nonsense,” Jeff Ballabon, an Orthodox GOP activist told members of Conservative Political Action Committee convened in Washington just days before the pro-Israel lobby’s conference. “The real base of support for Israel,” he argued, will not be found among Democrats and liberals, but rather “here, at CPAC.”

Boteach, whose 2012 congressional run was heavily supported by right-wing donor Sheldon Adelson, ran an ad accusing national security adviser Susan Rice of having a “blind spot” when it comes to genocide.

With a backdrop of skulls of genocide victims, the ad claims Rice had said in the past that the mass killing in Rwanda should not be recognized as genocide. Rice has been one of the administration’s most vocal critics of Netanyahu’s upcoming speech, warning that his move was “destructive” to the fabric of U.S.-Israel relations.

The ad’s shocking claim succeeded in uniting most Jewish organizations in harsh condemnation AIPAC rejected the attack on Rice, as did all major denominations and Jewish groups. The Anti-Defamation League called Boteach’s ad “ugly” and said it was an “incendiary personal attack.” Netanyahu’s office also condemned the attack on the national security adviser.

Rice is scheduled to address the AIPAC conference on Monday evening.

AIPAC’s mega-event is usually meticulously designed to dispel any notion of partisanship. It also aims to make clear that, despite any other voices in the pro-Israel community, there is no other show in town that compares with the lobby’s annual conference.

As is the case every year, AIPAC boasts a record number of participants, this year reaching 16,000, alongside an A-team roster of speakers and enough top-level guests from both sides of the political aisle to project the needed image of bipartisanship.

Benjamin Netanyahu will address the confab on Monday morning, a day before he speaks to a divided Congress across town.

Even before the Boteach controversy, the run-up to the conference has been more difficult this year. Two days before the gathering kicked off, AIPAC was still putting together the final schedule, mainly due to the Obama administration’s decision to wait until the last moment before announcing who would represent the president.

On February 26 the White House announced that Rice and U.S. Ambassador to the U.N. Samantha Power would address the conference. Both senior advisers play important roles in shaping U.S.-Israel relations and U.S. foreign policy. But in many previous years, it has been the secretary of state, the vice president, or even the president who has spoken — a difference that many will no doubt notice.

Israeli representation at the conference has also been a touchy issue after Netanyahu decided to accept the lobby’s invitation to speak. Given the proximity to Israel’s March 17 elections, AIPAC sought to balance Netanyahu’s speech with an address by his key rival Isaac Herzog, leader of the Zionist Camp party. But Herzog declined the invitation, stating that he will not travel abroad so close to the elections.

AIPAC delegates, however, will be able to hear from another party leader — one to Netanyahu’s right: Naftali Bennett, head of the right-wing Habayit Hayehudi party, who has already ruffled feathers in Washington by mocking the administration’s “peace industry” and its two-state solution policy, is scheduled to address an AIPAC plenum.

But while scheduling has proven difficult, AIPAC had no problem identifying its main agenda item for the conference. With the Middle East peace process in hiatus and relations with the Palestinians on a stable, albeit tense, track, the pro-Israel lobby has set Iran as its key and almost exclusive goal for the coming days and weeks. The conference will focus on mobilizing thousands of AIPAC activists to fight tooth and nail against the nuclear agreement being discussed between Iran and the group of six nations led by the United States, which is viewed as falling short of the goal set by Israel and its supporters for completely dismantling the Islamic Republic’s nuclear program.

As a means for achieving this goal, the lobby is putting its weight behind the Senate’s Kirk-Menendez bill, which will impose new sanctions on Iran. The Obama administration has promised to veto the bill while talks with Iran continue, warning they would derail the negotiations.

The tone is clear and tough, but the devil may be in the details. Kirk-Menendez has been approved by the Senate Banking committee and now awaits a floor vote. Having taken the bill off the schedule for a vote earlier, Democratic co-sponsors say they will allow one now only after the deadline for reaching an agreement with Iran expires on March 24. AIPAC members, going up to Capitol Hill en masse for lobbying meetings on March 3, will face questions from Democrats regarding the possibility of another postponement if talks with Iran are extended. The lobby’s position on this issue could prove crucial to the future of the negotiations.

While battling for a tougher U.S. stance on Iran, AIPAC is also fighting to regain its own political footing.

The lobby was completely blindsided by Netanyahu’s decision to go around the back of Democratic congressional leaders and the administration to speak to Congress, based on private consultations between his Washington ambassador, Ron Dermer, and Republican John Boehner, the Speaker of the House. Since then, AIPAC has been in a tough place. Part of its credibility in Congress rests on the notion that AIPAC is plugged into Israel’s leadership and speaks with authority on how best to promote relations between Jerusalem and Washington. Being bypassed by the prime minister and his ambassador to the U.S. undermines this notion.

Threats to AIPAC’s hegemony in past years came mainly from the dovish end of the spectrum, particularly with the appearance of the lobby J Street. But now much stronger competition is emerging from hawkish groups, like The World, that are less interested in bipartisanship. An important funder for several of these groups is the Republican mega-donor Adelson — a former AIPAC backer, who angrily stopped giving to the lobby several years ago, when it decided to announce it supported a two-state solution to the Israel-Palestinian conflict.

Pro-Israel organizations funded by Adelson, including the Zionist Organization of America, the Republican Jewish Coalition, and the American Israeli Council, have taken a leading role in battling against a possible Democratic boycott of Netanyahu’s speech.

“AIPAC has been lobbying members of Congress and we have been encouraged that the overwhelming majority of members we have contacted have indicated that they will attend the joint meeting of Congress,” Marshall Whittmann, AIPAC’s spokesman told the Times of Israel.

The Adelson-backed groups have taken a harsher tone, at times adding implicit threats to their message. They made clear, in public statements and in private conversation that they will “commit whatever resources” to make sure those who boycott Netanyahu’s speech are publicly shamed. This cannot but undermine AIPAC’s delicate political diplomacy: to push as many Democrats to attend as possible, but not at the cost of undermining the pro-Israel sentiment that remains strong among most of the Democratic lawmakers as a matter separate from their anger at Netanyahu over what they see as his end-run.

Members of Congress have been inundated in recent weeks by calls from supporters motivated by the more right-wing groups and by CUFI, the Christian-Zionist organization, urging them to attend the speech and, at times, mentioning possible political consequences if they don’t.

These organizations still wield nowhere near AIPAC’s clout. But they have been noticed in the Washington arena. Fueled by large new infusions of cash, ZOA and RJC have been conducting pro-Israel advocacy independent of, and at times contrary to, that of AIPAC. CUFI, which has recently passed the 2 million-member mark, has been seeking funding for a permanent advocacy presence in Washington.

In addition, the Israeli American Council, originally set up to organize Israeli expatriates living in the United States, has been amping up its advocacy role. In its first open foray into a controversial issue on Capitol Hill, the council has publicly called on members of Congress to attend Netanyahu’s speech. “When a prime minister of Israel accepts an invitation to address Congress, especially about this critical shared goal, we believe legislators need to hear him,” said IAC national chairman Shawn Evenhaim in a statement. “Not listening is unhelpful.”

In an intensely packed three days conference, AIPAC will try to reclaim bipartisanship as a mainstay of Israeli-American relations. If successful, it will not only provide a counter narrative to the one playing out on Capitol Hill since Netanyahu announced his visit, but could also ensure AIPAC’s role as the only pro-Israel advocacy group that can speak to both sides of the political divide.