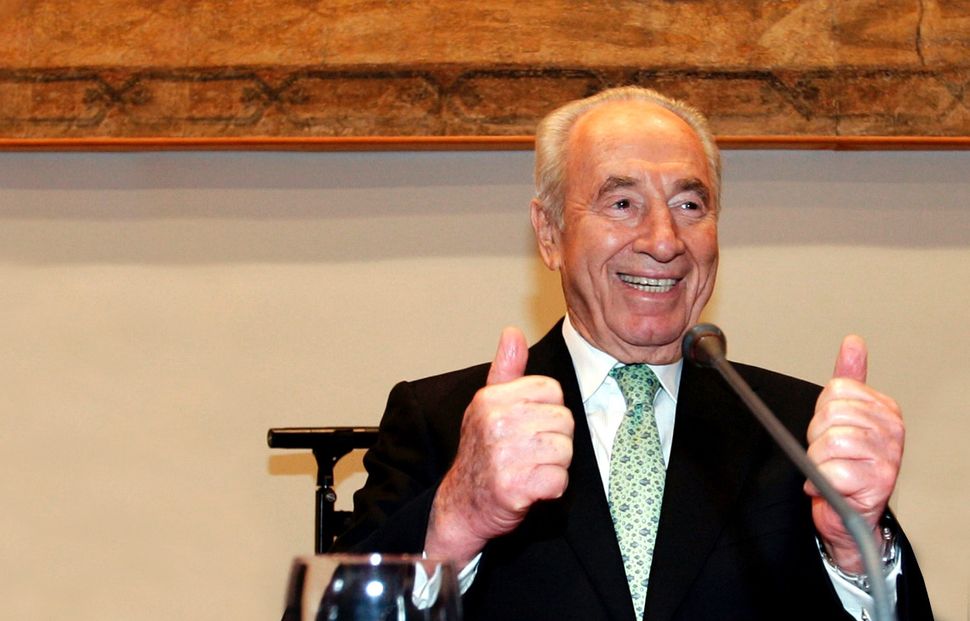 Most people knew Shimon Peres, who died on September 28, as a president and prime minister with a 60-year career in public service and a dedication to building peace in the Middle East.

But to a handful of Israelis, he was just a neighbor.

“Shimon Peres is the guy who would bring trash down on a Saturday in a tank top,” said Sarah Katz, who lived in the same building as Peres near Tel Aviv University, in an interview with Israel’s Channel 2.

Peres was a statesman who shunned ostentation, believing that politicians should not rule the public but serve it. He lived in a modest beige apartment at 12 Oppenheimer Street in North Tel Aviv for more than 40 years with his wife, Sonia Peres. He moved out in 2008 when the two separated over her objections to his decision to seek the Israeli presidency.

According to neighbors, Peres would leave the building early in the morning and return late at night. When he was home, he was friendly and accessible, prone to making small talk in the building elevator. He was also occasionally spotted doing everyday chores to help Sonia Peres, who managed the household.

Ricky Zikk, a retired Tel Aviv University administrator, said that Sonia Peres shopped alone at the local supermarket, lugging a shopping cart full of groceries back to the apartment by herself. When she emptied the cart, she sent Peres back to the supermarket to return it.

“When the shopping cart was empty or on Friday night, he would take it back to the (market),” Zikk told the Forward.

Zikk remembered Peres as a man who said hello to everybody. When she moved into the building in 2000, he took note and asked, “Oh, are you a new resident?”

Katz, who was a close friend of Sonia Peres, said that Peres always kissed her on both cheeks when he saw her. They would talk about books.

“He was a gentleman in the essence of his being,” she told Channel 2.

Michal Har Peled, a retired psychologist, has lived at 12 Oppenheimer for 30 years. She was also closer with Sonia Peres, who knew all of her children by name. Shimon Peres himself was always polite, opening the door for Har Peled, she told the Forward.

The one frustrating part of living with Peres was that the apartment building became a political staging ground. During the Oslo agreement era, when Peres was negotiating a peace deal with the Palestinians, Israelis protested for and against the agreement on the street outside the building.

Har Peled recalled that her housekeeper, a man from Peru, was shocked to find Peres in the elevator one day when he was leaving the building. Peres invited him into the elevator and shook his hand. The man was so excited about the encounter that he went back upstairs to tell Har Peled about it.

The South American took the chance meeting as a profound lesson about Israel’s democratic culture.

“In Peru, you can’t come close to your leaders,” he told her.