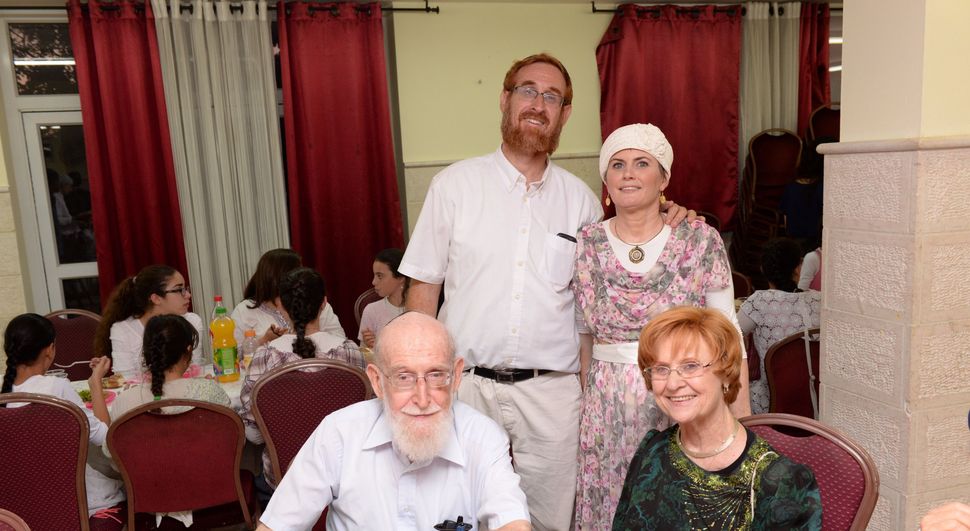 After the Friday night release of an audio tape in which Donald Trump bragged about committing sexual assault, Republican leaders abandoned their presidential nominee in droves. That trend extended across the ocean, with Yehuda Glick, a former American citizen and Likud member of the Knesset, renouncing his support for the party’s standard bearer.

“Mr. Trump, go home. Enough is enough!” the Brooklyn native wrote on Twitter, posting in both English and Hebrew.

The tape, released by the Washington Post and culled from a hot mic segment on the entertainment show “Access Hollywood,” features Trump asserting that he can do whatever he wants to women because he is a star, including “grab them by the pussy.” Those revelations inspired a wave of defections from Trump’s already-flagging campaign, with prominent Republicans like former Secretary of State Condoleeza Rice, Ohio Governor John Kasich, and Arizona Senator John McCain announcing their opposition to their own party’s nominee.

Glick figures as a controversial politician in Israel. Ascending to the Knesset after the retirement of former Defense Minister Moshe Ya’alon this June, he has been a central actor in Jewish efforts to secure Jerusalem’s Temple Mount as the site for the Third Temple of messianic lore. This is anathema to Muslims because of the presence on those same precincts of two holy shrines, the Al-Aqsa Mosque and the Dome of the Rock. Glick was shot on the Temple Mount in 2014, by a member of the terror group Islamic Jihad, after leading demonstrations there for Jewish prayer. The Israeli government currently forbids Jews to worship on the site in the interesting of keeping the peace between Jerusalem’s different religious groups.

Glick had previously indicated his support for Trump in September. According to the Times of Israel, he expressed an interest in attending the opening of a campaign office for the Republican nominee in a West Bank settlement, where many American Israelis reside. At the time, Prime Minister Benjamin Netanyahu, head of the Likud faction, forbade him to do so, concerned about the government remaining neutral in American politics.

“Israel will stand with Trump or whoever is the next president,” Glick said in a June with Indiana pastor Paul Begley.

He seems less sure now:

“OK, I was wrong. Even when it looked from every angle that this guy was an animal I tried to believe anyway … Ich!” Glick tweeted.