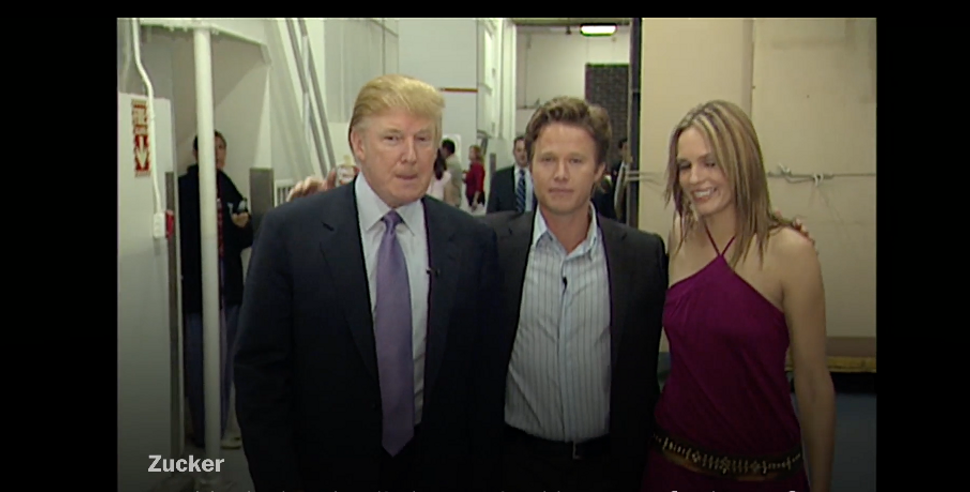 Until today, the California-born model and actress Arianne Zucker was probably best known for her role on the soap opera “The Days of Our Lives.” Now, however, she is making headlines for her cameo role in the vulgar and expletive-strewn video published by The Washington Post featuring Donald J. Trump discussing his approach to women with Billy Bush, then a host of “Access Hollywood.”

Zucker was a star on the daytime TV show and was preparing to give Trump and Bush a tour of the set when the Donald started ranting about her.

“Whoa, whoa, I gotta use some (mints) in case I start kissing her,” Trump told Bush. The mogul was newly married to Melania Trump at the time.

Trump went on to explain in explicit terms how he approached women.

“When you’re a star, they let you do it,” he says shortly before meeting up with Zucker. “You can do anything.”

Which is just about the only printable portion of Trump’s conversation. For the rest, you’ll have to go to the videotape (NSFW).

Zucker has little to say about the incident, which threatened to torpedo Trump’s already faltering run for the White House.

“It’s not about me,” actress Arianne Zucker told CBS’ Tom Wait when approached outside her home.