Why Trump’s #DrainTheSwamp Slogan Means Something Totally Different in Israel 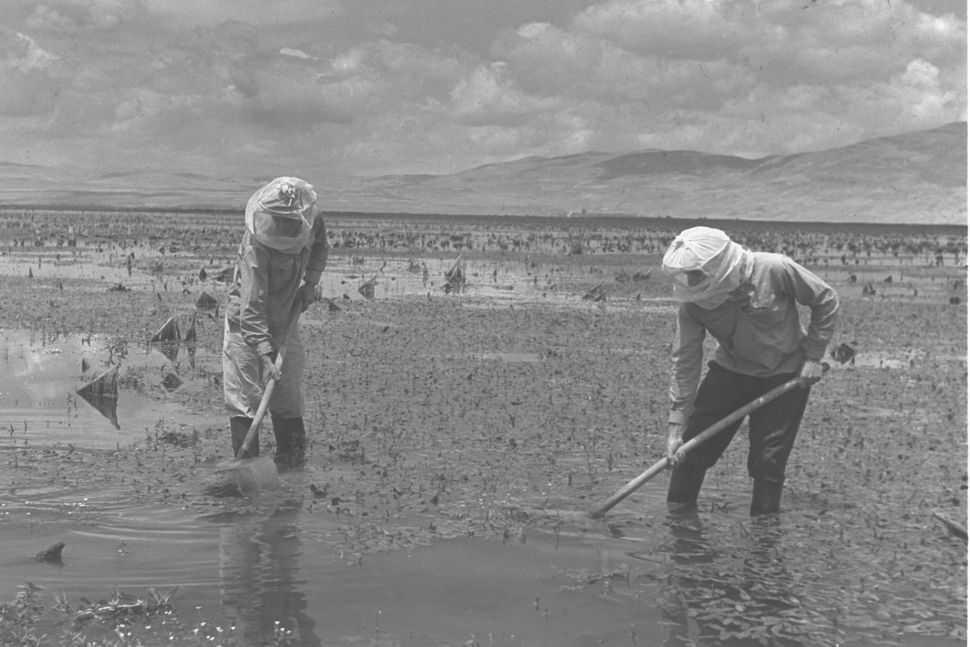 Naftali Bennett sounded a lot like Donald Trump when he congratulated the Israeli parliament for “draining the swamp” by pushing a bill to retroactively legalize West Bank outposts built on stolen Palestinian land.

At first, the far right wing Israeli minister seemed to be parroting Trump’s call to clean up government. But it’s more likely that Bennett was making a reference to a similar Israeli concept born out of Zionist history of swamp draining as a way to conquer the land for Jews.

Bennett used the phrase as part of an extended metaphor to describe the political circumstances surrounding the bill, which was designed to get around court orders that liberal groups won ordering the evacuation of the flashpoint illegal outpost Amona.

He called those liberal groups’ efforts “mosquitos” that needed to be stopped.

“We are not fighting these mosquitos but rather draining the swamp,” he said.

To Israeli ears, “draining the swamp” of “mosquitos” is a callback to one of the early Zionist achievements: eradicating mosquito-born malaria in pre-state Palestine so that Jewish settlement could flourish.

“Malaria was a “real concern for the first Jewish agricultural colonies,” said Liora Halperin, a historian at the University of Colorado Boulder in an email to the Forward. Jewish immigrants and British Mandate authorities tackled malaria through medical research, pest control and planting eucalyptus trees to drain swampy areas.

Swamp draining in particular took on political and social resonance, signifying “modernity, the use of technology to build a modern society, human control over the landscape and the Zionist ability to fight against the various roadblocks to the growth of the Yishuv,” or the Jewish community in pre-state Palestine, said Halperin. 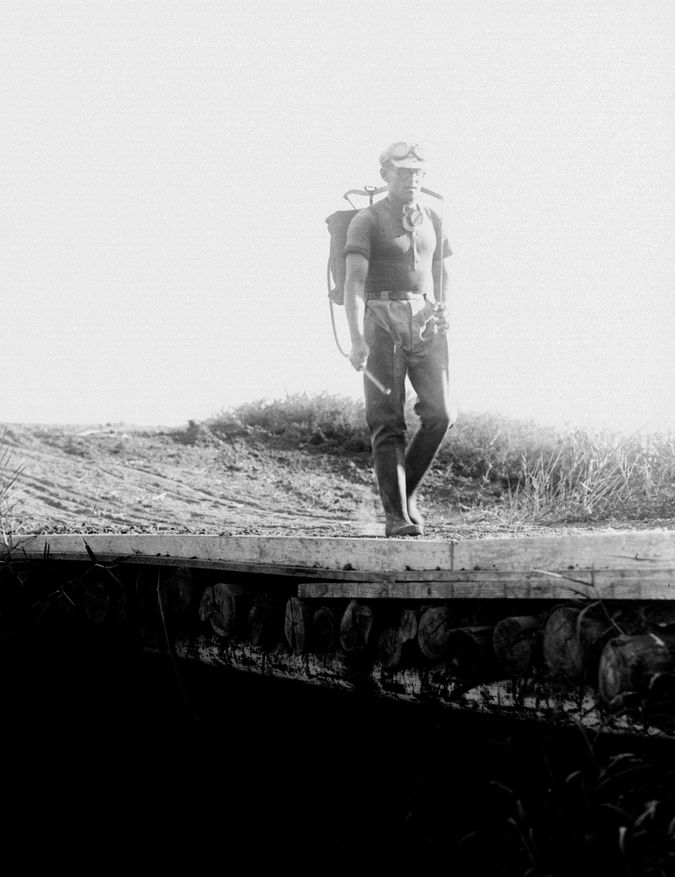 A member of Kibbutz Maabarot in central Israel sprays against malaria mosquitos in 1935. Image by Kluger Zoltan/Israeli Government Press Office

The mosquitos were even likened to Palestinian opposition to Zionism. In the early Zionist view, “both seemed to come with the local landscape and be dangerous, Oriental, irrational but ultimately surmountable,” she said.

Swamp draining became such an important symbolic and literal act during Zionism’s early years that it actually continued after it was no longer needed. In the 2007 book “Healing the Land and the Nation,” Sandra M. Sufian describes how the Hula Lake was drained in the 1950s for agricultural use, even though malaria had already been all but vanquished in the new Israeli state.

Decades later the drainage lead to such severe environmental degradation in northern Israel that the Israeli government reflooded part of the area. Sufian quotes Israeli author Meir Shalev who calls the draining and reflooding of the Hula an “allegory about brutality, blindness, arrogance and the abuse of ideals.” 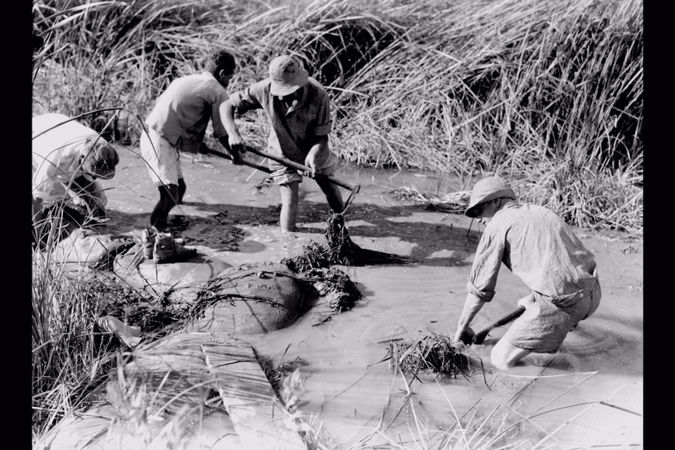 In 2016 America, “drain the swamp” has a different meaning — as a shorthand for Trump’s promise to clean up government. Yet Trump is far from the first American politician to make use of the phrase. Ironically, according to Slate, “drain the swamp” was first used over 100 years ago by Trump’s ideological foes, American socialists who called for the end to capitalist influences in government. The term, which came to be used by politicians across the spectrum, refers to the myth that Washington, D.C. was built on a swamp, which had to be drained for the city to rise and for American government institutions to take root. (As Slate explains, only a fraction of the city was actually swampland.)

For instance, in 2014, after radical Jewish teens committed so-called “price tag” attacks against Palestinians in the West Bank, some in the Israeli security establishment talked of “draining the swamp” to stop young people from committing violent nationalist acts. One such “swamp-draining” proposal was to conscript these Jewish radicals into the military where they would be given discipline training.

There is one other way that early Zionist rhetoric seems to parallel Trumpian politics. Ideologically speaking, swamp draining has something common with another Zionist project to “make the desert bloom.” Though the phrase is usually associated with Prime Minister David Ben Gurion’s efforts to bring Jewish agriculture and bodies to the Negev in the 1950s, the concept preceded Israeli statehood. Zionist pioneers saw the Holy Land as a place that had once been flowing with milk and honey during Jewish biblical rule, but had been spoiled by Arab neglect. In “draining the swamp” and “making the desert bloom” they sought to claim the land for Jews by referencing the ancient past, when things were, in their view, better.

In his promise to “Make America Great Again,” Trump conjures an idealized, invented past when America was “great” in his view, before political correctness took hold and immigrants, minorities and women ran the show.

In both cases, the pledge to bring back the “good old days” — however distorted that notion might be — becomes an alluring justification for the policies of the present.

Why Trump’s #DrainTheSwamp Slogan Means Something Totally Different in Israel