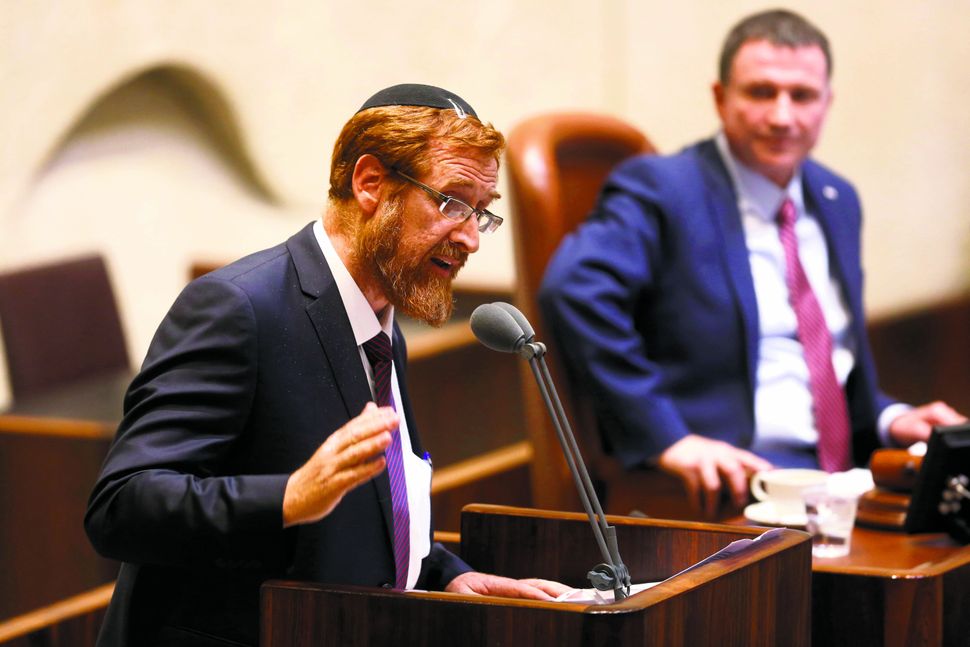 His Debut: Yehuda Glick gives his maiden speech before the Knesset on May 25, after his surprise ascent to the lawmaking body. Image by Getty Images

Israeli settlers and their American evangelical supporters are among the invitees to Donald Trump’s presidential inauguration on January 20.

Yehuda Glick, a Brooklyn-born rabbi and member of the Israeli parliament’s ruling Likud party confirmed that he will be attending the inauguration with fellow Likud lawmaker Sharren Haskel. They will be joined by Atlanta-born Israeli rabbi Jeremy Gimpel, who spoke about his intention to attend on a radio show on the Land of Israel Network. Gimpel is bringing his teenage son, a Trump fan, as a present for his bar mitzvah trip.

Glick is a well-known agitator for Jewish prayer at the Temple Mount who survived an assassination attempt by a Palestinian assailant for his activism in 2014. Israel’s security apparatus considers Glick’s project a threat to the fragile status quo at the Jewish and Muslim holy site.

Glick, who lives in the Otniel settlement in the Israeli occupied West Bank, told the Forward it was a “privilege” to attend Trump’s inauguration. He said that Trump and Vice President-elect Michael Pence have “definitely expressed a very warm relationship toward Israel,” though he had no predictions about the incoming administration’s policy toward Israel.

Haskel, 32, is the the youngest Likud lawmaker. Originally from Canada, Haskel is a onetime peace activist whose political views veered right after serving in the West Bank as a border policewoman during the Palestinian Second Intifada. She advocates for lesbian and gay rights and marijuana legalization in the Israeli parliament, the Knesset. 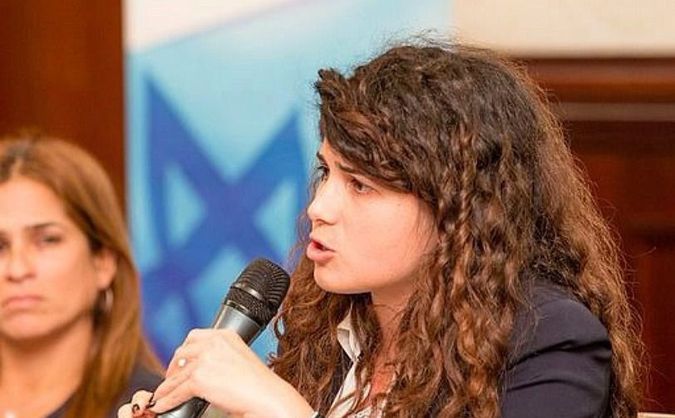 Gimpel, a onetime Knesset candidate on the Jewish Home list, has close ties to the American evangelical pro-Israel movement. He founded the Land of Israel Network, a TV and online network that advertises itself as “G-d’s PR agency.” The programming advocates for Jewish sovereignty in the West Bank, where Palestinians hope to establish a state. Gimpel came under fire in 2013 when a video surfaced of him advocating to “blow up” the Dome of the Rock Islamic holy site in a speech at Fellowship Church in Winter Springs, Florida. 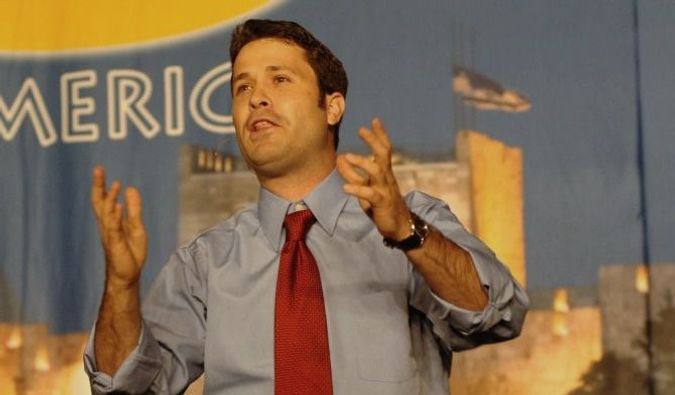 Jeremy Gimpel was caught on tape saying that the Islamic holy site the Dome of the Rock should be “blown up.” Image by jeremy gimpel campaign

Haskel and Gimpel did not respond to immediate requests for comment.

The three are part of a delegation from HaYovel, an American evangelical group that brings Christian volunteers to pick grapes and olives in Jewish settlements in the West Bank.

According to Caleb Waller of HaYovel, Trump’s advisers contacted his father Tommy Waller, the group’s founder, to hear his opinion on “what needs to happen in Judea and Samaria,” the biblical terms for the West Bank, and invited him to attend the inauguration with a delegation.

On the Land of Israel Network radio interview, Gimpel said he was invited separately by an unnamed politician and then joined HaYovel’s delegation.

Caleb Waller said that HaYovel’s presence at the inauguration is “part of one big effort on Israel’s part to make sure to start this administration on a very solid Israel foot.”

Evangelicals, who are among Israel’s biggest American supporters, helped Trump to clinch the presidency in spite of predictions that they would be put off by his crude behavior in the campaign. Some 81% of white evangelicals voted for him. An email to Trump’s press office for this story was not immediately returned.

Also, it was reported on January 13 that a separate delegation of settlers was invited to Trump’s inauguration. According to the Times of Israel, Oded Revivi, the chairman of the Yesha settler’s council, will be attending along with Benny Kasriel, the mayor of Ma’aleh Adumim, a settlement outside Jerusalem. Yossi Dagan, a settler activist and head of the Shomron Regional Council will be joining them, the Jerusalem Post reported.

Revivi said he saw his invitation as a “clear indication” that the new administration understands the importance of the settler movement.

Trump’s pick for Israel envoy, David Friedman, has close ties to the settlers and is the head of American Friends of Beit El Institutions, which raises American money for Beit El, near Ramallah. He has advocated for Israel’s annexation of portions of the West Bank.

Israeli Prime Minister Benjamin Netanyahu was not invited to and will not be attending the inauguration, in spite of earlier reports that Trump’s advisers were courting Netanyahu to attend.

This article has been updated with the information the Yossi Dagan will also be at Trump’s inauguration.