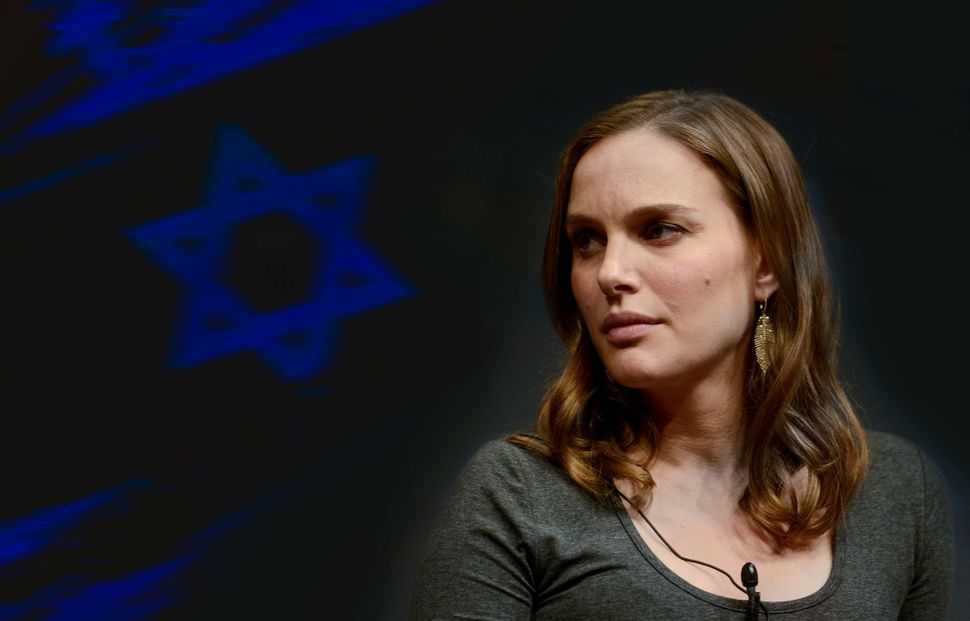 But after Natalie Portman announced last week that she would not travel to Israel to accept the Genesis Prize because of her opposition to Israeli Prime Minister Benjamin Netanyahu, the Israeli government reacted with fury — while their American allies did not seem to react at all.

One American organization criticized Portman, but the rest seemed to stay silent, even though a quick glance at Facebook’s archives shows that all of them have praised her for their own promotional purposes. Now she’s said something they don’t like, but because she has supported Israel in the past, and criticized it lovingly, it might be a strategic mistake to disavow her.

“People need to be careful not to turn an advocate into an adversary,” an official at a prominent Jewish organization that has not made a public statement on the issue told the Forward.

“She’s a person that everyone understands has a deep and personal relationship with Israel,” he said. “It’s on the one hand why people expect more of her, and on the other hand why personal and political feelings are so strong.”

Portman was awarded the Genesis Prize, sometimes referred to as the “Jewish Nobel Prize,” last November.

But Portman said last week that she would not travel to Israel to collect the prize because she did not want to be seen as endorsing Netanyahu, who would be present at the ceremony.

“The mistreatment of those suffering from today’s atrocities is simply not in line with my Jewish values,” she said in a statement. “Because I care about Israel, I must stand up against violence, corruption, inequality, and abuse of power.” She added that she was “not part of the BDS movement and do not endorse it,” though that didn’t stop news of her announcement from being promoted by pro-BDS organizations.

The official cited Portman’s longstanding support for Israeli causes and her opposition to the boycott, divestment and sanctions campaign against Israel as proof that Portman was still an asset to Israel. While he said that Portman had erred by pulling out rather than speaking her mind at the event about Israel’s policies, he cautioned that over-inflating the issue could backfire: “I think the wise course is to have a measured response.”

StandWithUs, the California-based Israel education organization, made a different choice. “Ms. Portman had no problem receiving a prize from China, administered by the Chinese government (pictured), where there are gross human rights violations,” the organization wrote on its Facebook page, accompanied by a photo of her on stage at the Beijing Film Festival.

“It’s also important to mention that Ms. Portman’s statement is being widely used by the divisive BDS movement to exploit the situation. Ms. Portman is within her rights to criticize the government, but her lack of clarity lends credence to those who seek to delegitimize the state,” the post added.

In the past few years, all manner of Jewish and pro-Israel organizations have used Portman in their social media campaigns, putting her on a pedestal as proof of why people should support Israel, or merely using news about her as methods of viral engagement with their audiences, strengthening their rank in Facebook’s algorithm in the process.

The Israeli American Council shared two posts promoting her directorial debut; “LIKE if you want to see it!” one post said.

And Taglit-Birthright Israel kvelled when Portman had her second child (and got more than 1,400 Facebook “likes” in the process).

Hadassah, the Jewish women’s organization, went beyond creating content about Portman — they got her to appear in multiple fundraising videos from 2009 to 2015.

None of them have issued statements on Portman since the scandal broke. Nor have many others.

“I assume some of these groups are worried that their donors and fans who are fans of Natalie Portman might be offended by a critical comment and don’t want to wade into those waters,” Zionist Organization of America president Morton Klein told the Forward.

Klein said the ZOA was preparing a statement that would be highly critical of Portman, and added that her decision “aids the BDS anti-Semites and neo-Nazis by demonizing the Jewish state.”

“Any donor who is offended by my condemning Natalie Portman is a donor I don’t wish to have,” he said.

To be sure, Portman is not the only celebrity to have been used on the digital front of the Israeli-Palestinian war over public opinion.

Pro-Israel groups heavily praised Scarlett Johansson in 2014 after she defied a call to stop promoting the Israeli company SodaStream, even choosing to cut ties with the humanitarian group over the issue. Those groups again went to bat for her after a Palestinian group pulled out of the Los Angeles Women’s March because of her presence.

“Scarlett stood up to the bad guys,” said the official, whose group has also used Johansson-related content in its social media. “She refused to back down and be intimidated.”

More recently, such groups have gone gaga (along with the rest of the world) for Israeli “Wonder Woman” star Gal Gadot, an Israel Defense Forces veteran who does not make overtly political statements but unabashedly promotes her country.

And both sides have dueling rosters of celebrity petition-signers. The group “Creative Community for Peace” has organized pro-Israel statements from Hollywood heavyweights like Seth Rogen and Aaron Sorkin, while anti-Israel petitions frequently feature figures like Roger Waters and Ken Loach.

Of course, it’s worth asking why groups use Portman in the first place. Who cares what some actress thinks about Israel?

“Well-known celebrities have a following,” Klein explained. “So when they say something positive about Israel, it’s understandable and appropriate to use it to promote our agenda when their statements support our agenda.”

Yet the anonymous official cautioned, the level of criticism ought to be tempered by the knowledge that Portman could still play a role in presenting a more nuanced view on the Jewish state than the one promoted by anti-Israel activists using this latest episode for their own ends.

“There’s a difference between saying what she did is not cool, and turning her into a pariah,” he said.