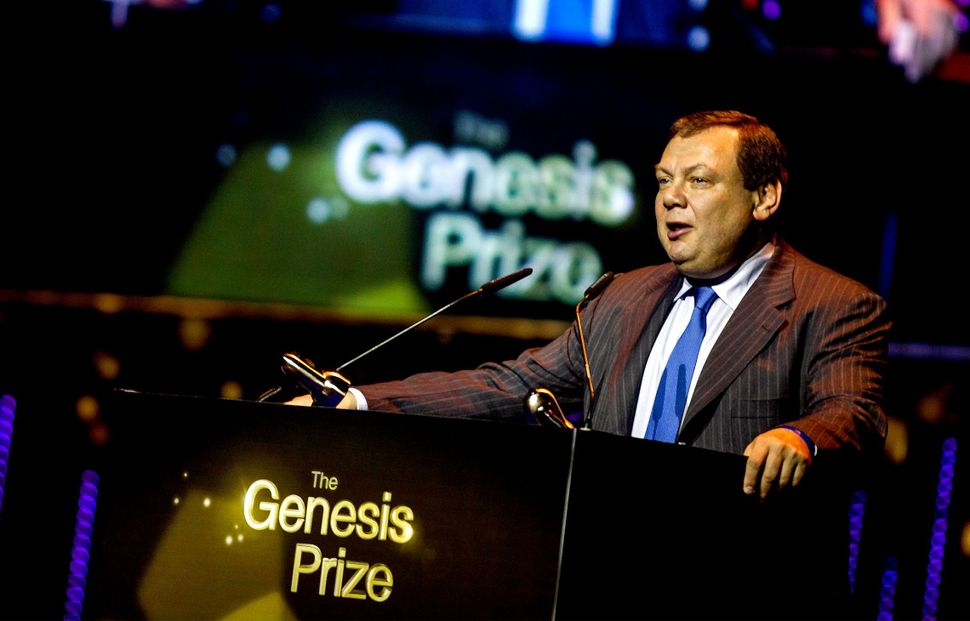 The Russian billionaires behind the Israeli award that Natalie Portman snubbed last week are mentioned in the controversial Steele dossier, which details alleged connections between Donald Trump’s campaign and Russia.

Mikhail Fridman, Petr Aven and German Khan, who fund the $1 million annual Genesis Prize, are listed in the intelligence package compiled by former British spy Christopher Steele, which famously suggests that a video exists depicting Trump watching Russian prostitutes urinate on each other.

However, the entry about the fabulously wealthy trio simply details their “close” albeit “up-and-down” relationship with Putin. Unlike other reports in the dossier, it makes no claims at all about any supposed ties to Trump or his lawyer, Michael Cohen.

Portman forced the cancellation of the annual Genesis Prize award presentation when she declared last that she did not want to visit Israel or interact with Prime Minister Benjamin Netanyahu amid the ongoing violence with the Palestinians in Gaza.

The Portman controversy apparently has nothing to do with the pedigree of the prize’s founders, all of whom made their fortune in the economic free-for-all of the 1990s, Together, they control Alfa Group, a large holding company that owns Alfa-Bank, one of Russia’s largest private banks, and has interests in oil, telecommunications and insurance.

Fridman, one of the wealthiest men in Russia, with a net worth over $14 billion, founded what is now Alfa Group in 1989.

The Steele dossier reported that Fridman, Aven and Khan have a “close” relationship with Putin, in a briefing dated Sept. 14, 2016.

“Significant favors continue to be done in both directions and Fridman and Aven still giving informal advice to Putin, especially on the US,” the dossier read.

Steele wrote that Fridman and Aven have “kompromat,” or compromising material, on Putin relating to his “corrupt business activities from the 1990s.” The mutual pressure from both sides, Steele wrote, means that the relationship is “both carrot and stick.”

Fridman, Aven and Khan have sued Steele, his Fusion GPS company, and Buzzfeed, which originally published the dossier. Their complaint against Fusion GPS contended that “the Trump Dossier’s themes have nothing to do with the Plaintiffs,” and nipped Steele for misspelling the consortium’s name as “Alpha” throughout the dossier.

The trio founded the Genesis Philanthropy Group in 2007 to give grants to religious and cultural institutions that bring Russian-speaking Jews closer to Jewish life. A few years later they created the Genesis Prize, which is given out in partnership with the Israeli government. The prize honors leading politicians, cultural figures and thinkers who have strong Jewish identities.

Controversy hit the 2018 Genesis Prize even before Portman snubbed it.

Haaretz reported that the prize was originally set to go to Supreme Court Justice Ruth Bader Ginsburg, but Netanyahu effectively nixed the selection. Ironically, Portman was viewed as a much less-controversial choice. The foundation vigorously denied the report.

The Genesis Prize later announced that it would give Ginsburg its inaugural lifetime achievement award. The jurist apparently still plans to attend a ceremony in her honor, despite Portman’s snub.