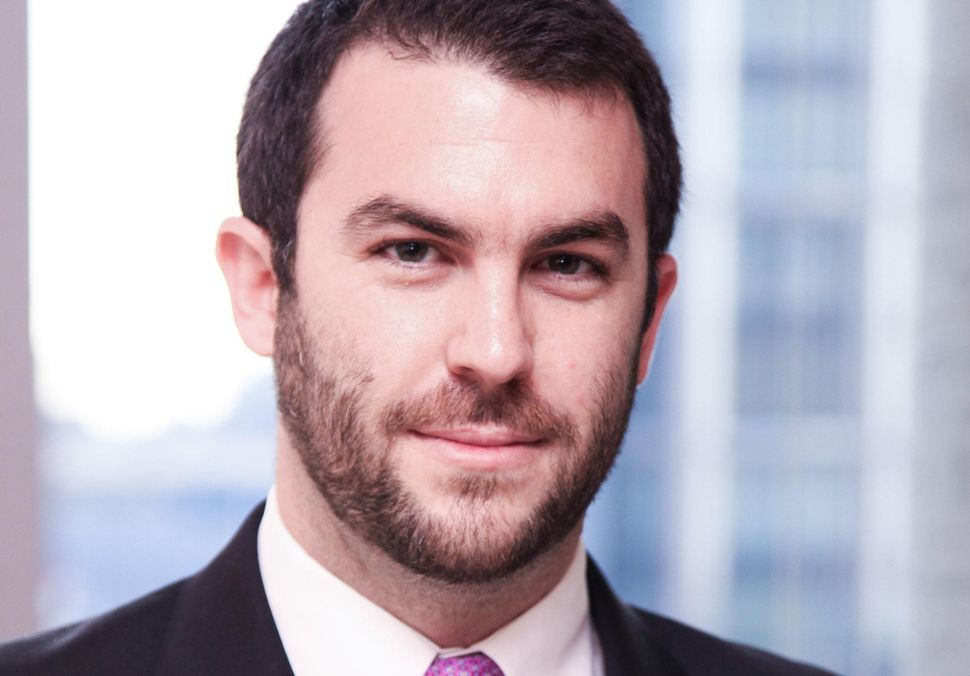 Shayndi Raice, a Chicago-based national news reporter at the Wall Street Journal, tweeted that she “also had a terrible encounter with David Keyes once and 100% believe [Salazar]. I knew this would come out about him at some point.”

“The man had absolutely no conception of the word ‘no.’ No matter how often I said no, he would not stop pushing himself on me,” Raice continued.

“I was able to extricate myself quickly and it was a very brief and uncomfortable moment but I knew as I walked away I had encountered a predator.

“In subsequent conversations, I had discovered his mistreatment of women was an open secret. (I should note this happened before he worked for the prime minister),” Raice added.

Raice is the daughter-in-law of Rabbi Avi Weiss, who led the Hebrew Institute of Riverdale and founded Yeshivat Chovevei Torah and Yeshivat Maharat for women, pioneering the “Open Orthodoxy movement.” Her husband, Dov Weiss, is an associate professor of Jewish Studies in the Department of Religion at the University of Illinois at Urbana-Champaign.

Keyes did not respond to Haaretz’s request for comment on Raice’s allegations, though denied Salazar’s claims following her post on Tuesday.

The controversy came 48 hours before New Yorkers go to the polls for their party primaries, in which Democratic Socialist Salazar is challenging incumbent Martin Dilan in the state’s 18th district.

Salazar, whose candidacy for the New York State Senate has been mired in controversy, had made the charges on Facebook in a post limited to her friends, and later deleted, after Keyes was first appointed to his post in 2016, three years after the alleged incident took place. They were reported anonymously at the time in Israeli media. Keyes denied the accusations of his then-anonymous accuser, saying: “I completely deny the charge, there was absolutely no coercion in our encounter.”

Salazar told the website Jezebel on Tuesday night that she had not wanted her 2013 experience with Keyes to become part of her campaign.

But when faced with the news that conservative website the Daily Caller was about to publish the story, she chose to tweet it herself.

“I never wanted to speak about this publicly,” Salazar said to Jezebel. Because she “never wanted attention on it … for people to tie to it anything else in my life, or to try to conflate me being sexually assaulted with anything else that’s been reported, is really, I think, it’s really cynical and really just appalling.”

She described their encounter in detail to the website, describing how, as a 22-year-old Columbia University student active in J Street, she met Keyes in November 2013 at a coffee shop after he sent her direct messages on Twitter, in what started out as a “totally innocuous” meeting to discuss Middle East politics.

After the coffee shop closed for the night, she said she followed him to his apartment to continue the conversation, when he became “pretty pushy” and then assaulted her, she said, pulling her to the couch despite her resistance.

According to Salazar, Keyes “physically powered over me, put his arm around me and started forcibly kissing me,” as she kept telling him she had to leave.

She alleged he forced her to perform oral sex on him while saying “’You’re not going to leave. I’m not going to let you leave until I come,’ and was pushing my head down. At that point, I was crying the whole time. I just did what he told me to. As soon as he finished, I left. I left his apartment, crying.”

Later, she said, Keyes “feigned shock” when he contacted her and she told him she was “uncomfortable” with what had happened between them.

It was only three years later that she first attempted to tell her story, when Keyes was named as Netanyahu’s foreign spokesman, because, as she told Jezebel, she felt Keyes “was being rewarded.” She then deleted it once the Israeli media picked up on the story.

She also said that a year later, a New York Times reporter contacted her for a story involving alleged misconduct of “powerful men” in Jerusalem, in which she provided background information without being identified.

The revelation of the Keyes event has led some of Salazar’s supporters to pin the intense scrutiny of her background on the Netanyahu spokesman’s allies. On Twitter, some have suggested Keyes has “orchestrated” negative coverage of Salazar.