My Womb Is None of Your Business 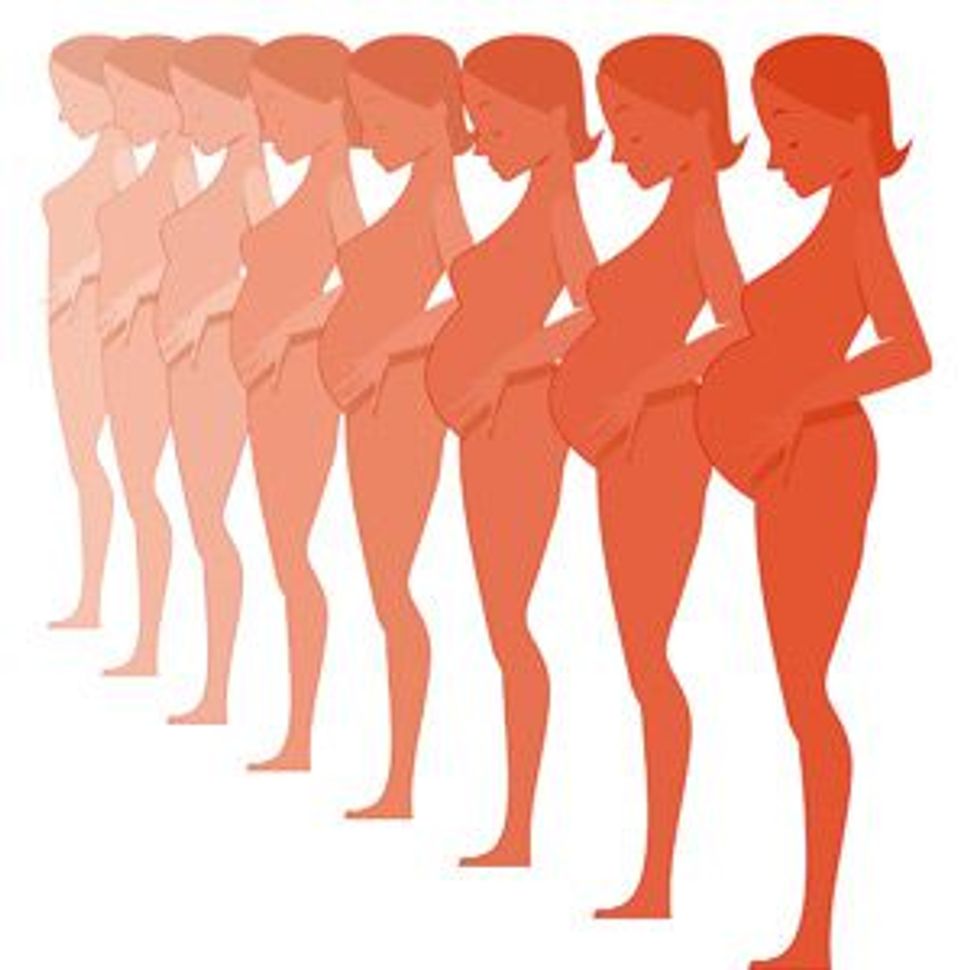 It’s on my mind because yesterday was the first time my grandfather put this question to me, when I called to wish him a Happy Father’s Day. My grandfather is notoriously short on the phone — my husband once timed a longer-than-average conversation with him at 45 seconds — but he added an additional few seconds to the call by asking for the first time, whether I am planning to have a child soon. Not in those words, mind you. Point of fact, he’s been asking the question subtly for the last couple of years, in pretty much every conversation we have, by saying suggestively, “So, what’s new?” Now you might think I’m being paranoid but if you heard his tone you’d know he really means, “So, are you pregnant yet?”

But in yesterday’s conversation he went further than he’s ever gone before. In response to my wishing him a happy father’s day he said, “Thank you. Maybe next year we’ll wish your husband a happy Father’s Day?”

Now rather than being surprised at my beloved grandfather’s chutzpah, I’m actually surprised he’s been this patient with me. We’re talking about the same grandfather — a Holocaust survivor who lives in Borough Park and has a decidedly Old-World mentality —who, when I was 21, dismayed at finding out I wasn’t dating anyone seriously, said I was “almost” an old maid. Tact has never been his strong suits.

I did get married a few years later, at the ripe old age of 24, and now, at 28, still no babies. My poor grandfather’s been restraining himself for a while. He’s shown more restraint in fact, then other members of the family.

At my wedding, my uncle, who was also the officiating rabbi, ended his speech under the chuppah, much to the shock of the attendees (particularly my non-Jewish friends) with, “And God willing, we’ll be together again in a year for the bris.” (P.S. His son and daughter-in-law, who got married less than a year ago, are expecting a child, so at least it looks like, God willing, my grandfather will get that great-grandchild soon after all, though no thanks to me).

Other members of my and my husband’s families have made subtle and not so subtle inquiries and suggestions on the subject. All of which we generally take in stride, good natured as we are. But it takes a lot to resist the urge to respond, “Stay out of my womb!” Or, “Stay out of our marriage!”

While some degree of nosiness on the part of close friends and family is appropriate, a sign they care, putting pressure on a couple in this particular area should be off limits.

First of all, beyond the pleasure of playing with the grandchildren, or the status/bragging rights that come with telling your friends you’re going to be a great-grandparent, what’s it to anyone else when and if I decide to conceive another human being? Why should I make one of the biggest decisions of my life — and one with the biggest consequences for myself, my marriage, and the person I’m going to bring into this world — because my family wants something to cute to cuddle when they come to visit?

Now, mom, grandpa, aunts, uncles, in-laws, etc., don’t freak out and take this post as a sign that I am never planning to have a child. Rather, take it as a note that it’ll happen when the time is right. And I’ll certainly let you all know with enough advance time to shower me with gifts and advice, and to get a high-stakes family betting pool going on the sex of the baby.

My Womb Is None of Your Business