Targets at Wimbledon: Women Who Grunt 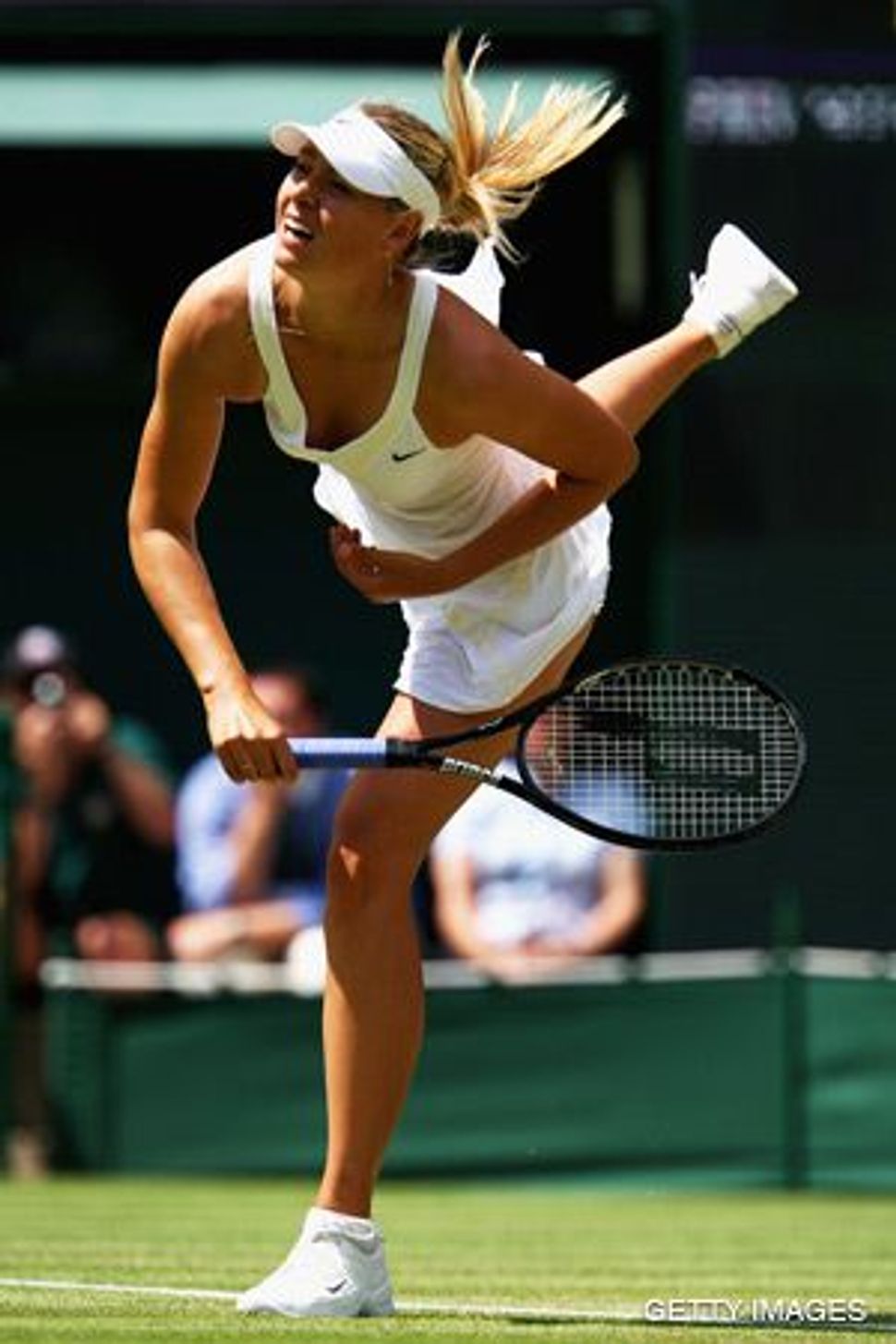 Months after a highly ranked tennis player was forbidden from playing in Dubai because she is an Israeli Jew, women’s tennis is back in the news. This time, the debate isn’t about nations, but instead, the noises women make on the court, and why they are irksome.

Michelle Larcher de Brito, 16. a fierce competitor from Portugal, has inadvertently become a target in this controversy because of the high-pitched screech she makes each time she volleys. Many women tennis greats from Monica Seles to Maria Sharapova have stamped their game by making sounds (confusingly dubbed “grunts” in tennis lingo) when they hit. The BBC breaks it into decibels.

Certainly, every sport has its noises. NPR’s Frank Deford parsed the sounds of sports recently, a task that elicited imitation grunts from Deford himself. He asks “What’s the matter with a spot of noise in tennis?” Exactly.

Many male and female tennis players grunt when they serve. Why is it only bothersome and receiving of media attention when women do it? Are they expected to kick-ass on the court in “ladylike” silence?

One hightly visible, non-grunting woman seems to be going after all women who grunt. Tennis great, Chris Everet, told ESPN: “It is distracting when you are hearing this and I think the grunts are getting louder and more shrill now with the current players.”

We’ll see who gets the last grunt at the Wimbledon finals this weekend.

Targets at Wimbledon: Women Who Grunt