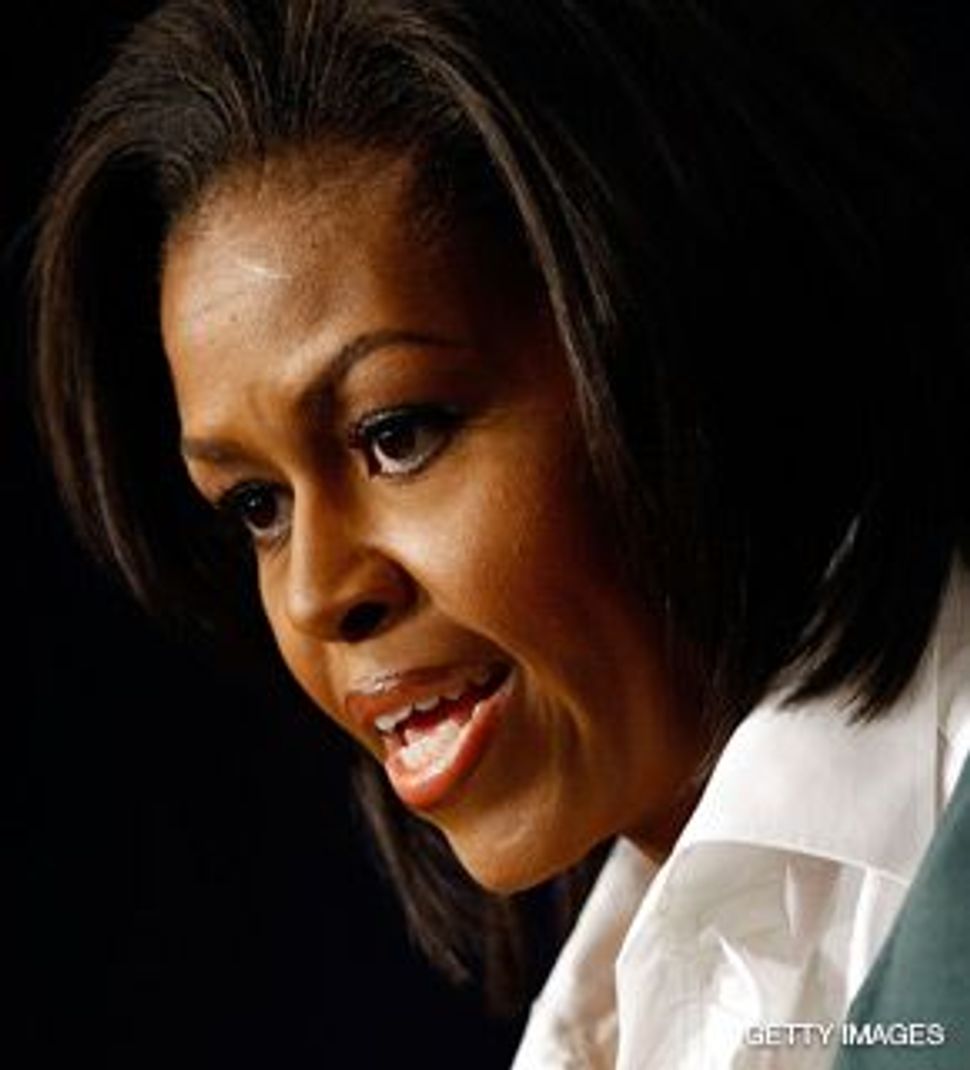 Last Friday, Michelle Obama spoke to leaders of several women’s groups arguing that “overhauling the nation’s health care system was of critical importance to women and part of ‘the next step’ in their long quest to assure full opportunity and equality.” With healthcare reform at the forefront, it is becoming more and more obvious that the status quo is sexist, unfair and often dangerous for women. For the first time in a long time, I am getting angry.

Or maybe I’m angry because I recently found out that a number of health insurance companies deny women coverage, citing “domestic violence” as a pre-existing condition. Excuse me? As Feministe explains, this is “blaming the victim” at its worst. Essentially, this policy reinforces the belief that only “weak” women get physically abused, and that weakness is so much of a liability that such a woman is not eligible for health insurance. Not only is this ideologically repulsive, it denies healthcare coverage to women who are experiencing violence and have an immediate, physical need for healthcare services.

Leah Berkenwald is the online communications specialist at the Jewish Women’s Archive, and a contributor to its Jewesses With Attitude blog, which cross-posts weekly with the Sisterhood.