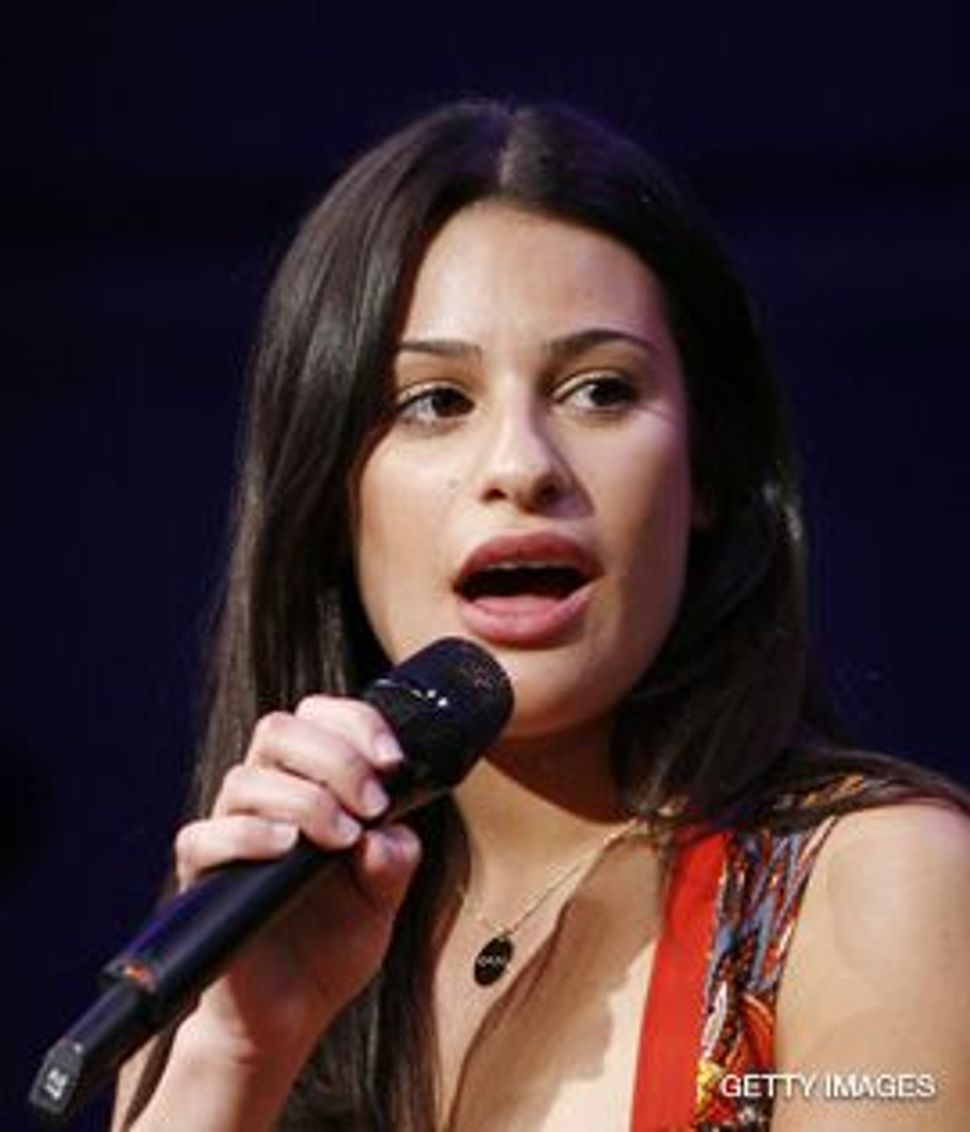 This week on the television dramedy “Glee” — the Fox show centers on the members of an Ohio high school choir — the lead character Rachel Berry officially came out, as a Jew. There were hints before: her name, her allusions to her big nose, her love for Streisand. But wasn’t until the most recent episode did she officially come out and say it.

She was fighting for the role of Maria in “West Side Story,” and said “Natalie Wood was a Jew, you know. I have had a deep, personal connection to this role since the age of one.” (For the record, Wood was Russian Orthodox.)

But Rachel’s coming out of sorts confirmed not only my suspicions, but my deepest hopes.

You see, Jewish female characters don’t really make it onto the big screen too much. This is easy to overlook due to the heavy representation of Jewish men in Hollywood: from the Apatow clan, to Stiller and Sandler, to Larry David — all of who almost always plays Jews. But these slightly nebbishe, but nonetheless adorable, guys usually come with a shiksa counterpart.

However, with the character of Rachel Berry, played by “Spring Awakening” alumna Lea Michelle, we finally have someone to call our own. This girl’s got chutzpah and spunk; she is arrogant but never affected; she has a solid heart. Indeed, she has a bit of a young Streisand thing going — something the actress, who is half-Jewish in real life, has noted herself.

“I got my dream song! I got to sing a Barbara Streisand song. I can’t say which it is but it’s one of her most popular songs. Ever since I was a little girl, a Jewish girl, it’s like always been playing through my head. So I had the opportunity to sing that on the show.”