Enjoy AhmadinaJew Before It’s Too Late 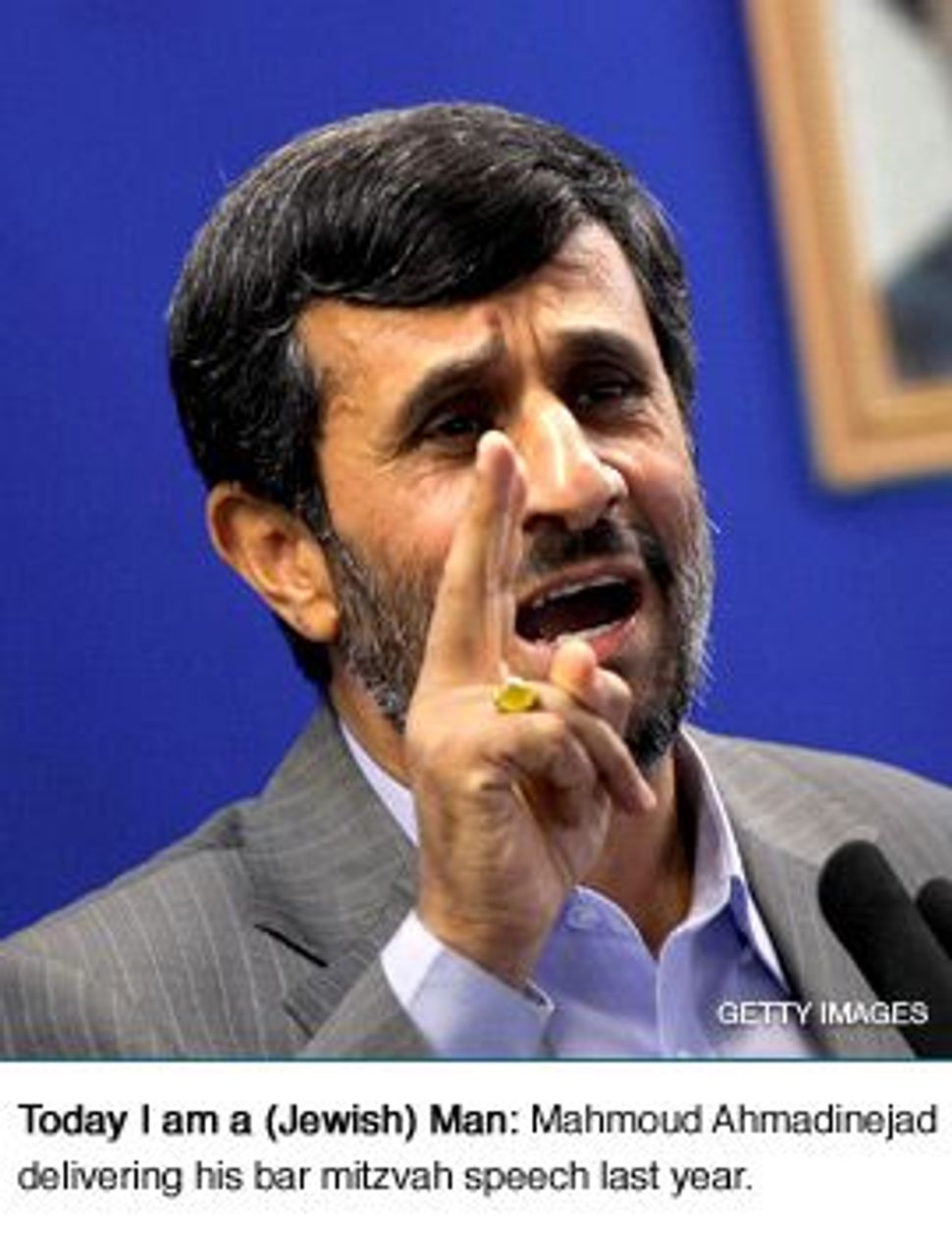 The story so far:
The Daily Telegraph in London claims that Mahmoud Ahmadinejad was born Jewish, citing his name as meaning tallit weaver.

The Jewish world, though knowing it means little, makes a lot of noise of it being amusing but meaning little. Here are our contributions to the mountainous molehill: From JTA, and JJ Goldberg.

Some techno-savvy prankster with an oversize Jewish identity and a propensity for wearing ironic keffiyahs, sets up Ahmadinajew on Twitter to follow the latest musings of the now-conflicted personal identity of the Iranian PM.

The update:
The Guardian, in a fit of sanctimonious accuracy, suggests that Mahmoud Ahmadinejad is a proud Shia, presumably prompting many old jokes revolving around the word “shi’ite.”

The immediate future:
People continue to make jokes as if everything is true for a few hours until it is revealed that Karl Rove was born a woman at which point that cycle plays out for 24 hrs only to be replaced by the revelation that Michael Jackson was born a… [deleted by order of the SAVAMA]

Enjoy AhmadinaJew Before It’s Too Late