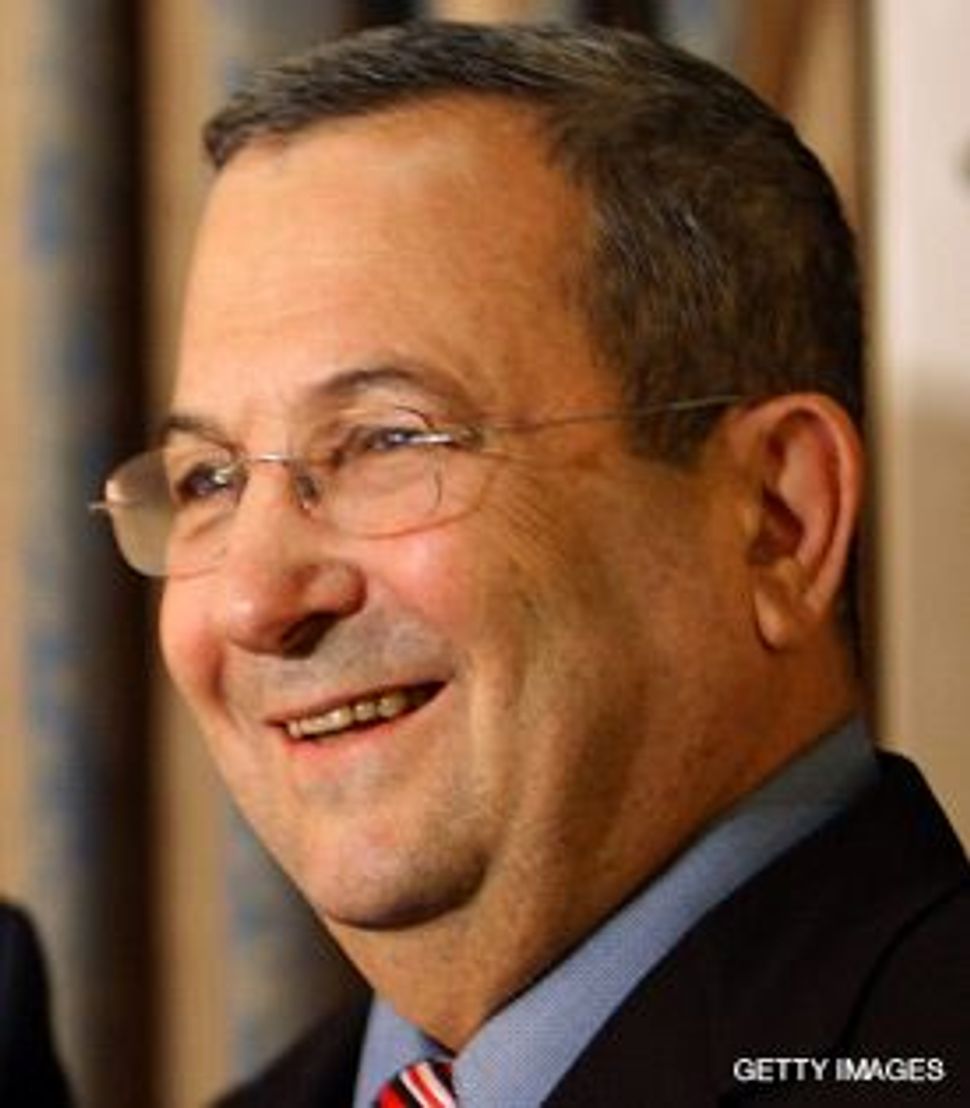 Will somebody please teach Israel’s Defense Minister Ehud Barak how to use Travelocity or Orbitz?

Barak, leader of the Labor party that has spent decades fighting for social equality, managed to rack up a hotel bill of 96,000 euro for a visit by him and his entourage to the Paris Air Show in the summer — up from 25,000 euro last year. A euro is worth around $1.50.

This revelation isn’t from some questionable newspaper expose but rather from the State Comptroller Micha Lindenstrauss.

Lindenstrauss lambasted the trip, writing that there is “no place for such spending on hotels and lavish suites particularly during an economic crisis when most citizens are struggling to make ends meet.” See articles here, here and here.

The suite for Barak and his wife, Nili Priel, cost 2,500 euro a night, compared to a relatively bargain-basement 1,800 euro last year.

One of the reasons for this year’s large bill is that Barak’s team booked a couple of extra nights in the hotel and didn’t use them — six nights were reserved but several of the rooms were empty for two of these nights. Another reason is that when it came to make reservations, all of the cheaper hotels that fit their security criteria were full. The booking was made at the InterContinental Paris Le Grand. Israelis love to travel, and the country is full of budget holiday-makers who could initiate Barak in the joys of thinking ahead and finding cheap deals online.

Flippancy aside, this revelation points to a serious problem in the culture of Israel’s political leaders, which has come to be characterized by a hankering after expensive things on somebody else’s bill.

Long before he took office this time around, Prime Minister Benjamin Netanyahu’s expenditure on foreign trips came under the spotlight; in 2006 Dalia Itzik, then speaker of the Knesset, refused to stay at the Park Hyatt in Paris because she said her room was too small, and moved to another hotel where her bill was reportedly 75,000 shekels. What a change from the mindset of past Israeli leaders: When Menachem Begin retired, he moved in to a small rented apartment.

Above all, the political happenings of the last year — Prime Minister Ehud Olmert’s departure from office, new elections, and the fall of Kadima — all came about as a result of investigations against Olmert for allegedly compromising himself for the sake of a few pens and watches and a bit of cash.

It seems that politicians in other countries also can’t be trusted to behave sensibly when it comes to accommodation expenses. There has been a lot of scandal in the UK about lawmakers, who have allowances to help them maintain a home in London as well as in the region of the country they represent, taking advantage. A BBC Radio comedy program recently suggested an original solution: Perhaps the state should tell politicians there are no more expenses for accommodation, as it’s setting up student-style dormitories.

Roll this out to international gatherings and the results could be interesting. Netanyahu to Obama: “You’ve been drinking my milk!” Obama replies: “It wasn’t me. And anyway, you keep using my pasta sauce and I’m going to tell Ban Ki-moon when he gets back to the dorm if you don’t stop!”