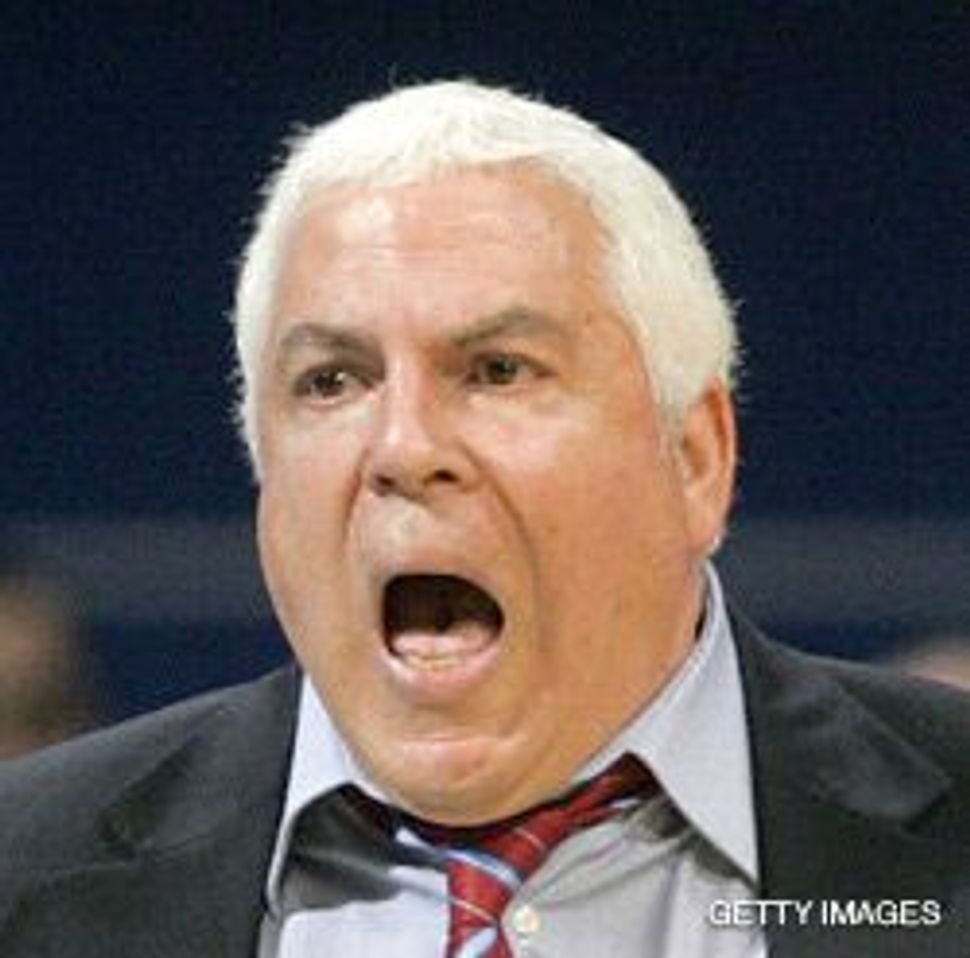 Like a Tel Aviv taxi driver in a minor traffic dispute, Gershon wouldn’t budge. It took eight minutes and the intervention of Rabbi Yitzchak Dovid Grossman, the organizer of the exhibition game, to get Gershon off the court.

“I say to him this game is not a regular game,” Rabbi Grossman told the New York Post. “This game is for the children and the children watching, I don’t want them to see a fight.”