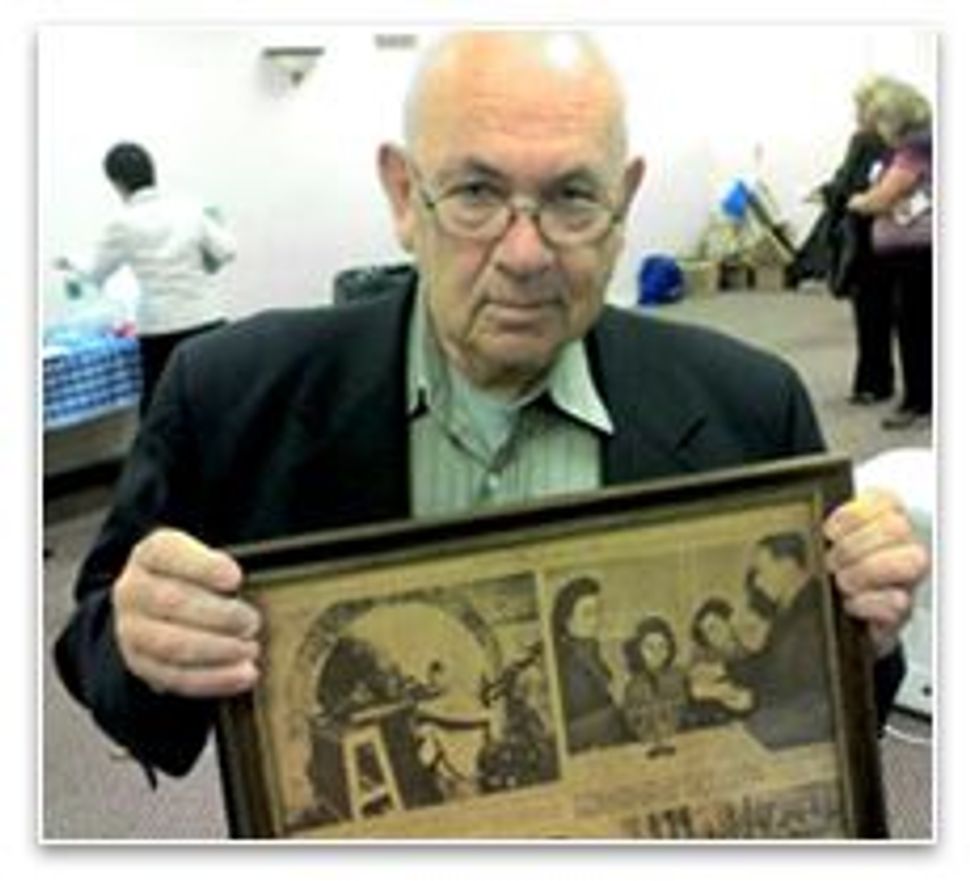 Three anecdotes from my event at the Rockland County JCC: 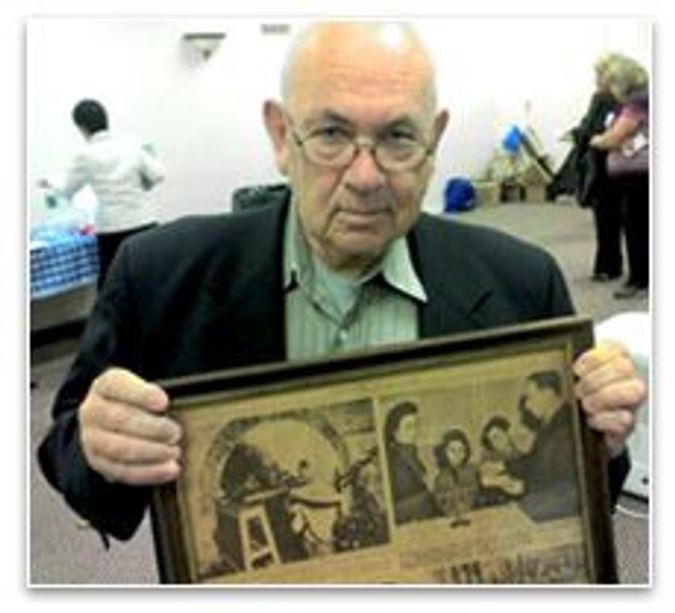 1. Caption Correction, a Teensy Bit Late: As guests were piling in, I noticed a man walking toward me with a large frame. When he got a little closer, I recognized its sepia color — the distinguishing mark of the pages of the Forward’s Sunday photography section. (The section, also known as the roto or rotogravure, is one of the reasons we have such a vast, rich collection). The picture on the top right showed a young boy and girl lighting a menorah with two adults, and the caption read: “Their First Hanukkah Celebration on U.S. Soil: Mr. And Mrs. Hendel with their children, refugees from Yugoslavia, shown celebrating the Festival of Lights at the emergency Refugee Shelter in Oswego, N.Y. The boy in the picture was, of course, the man now standing in front of me — who had come to the event to tell me we got the caption wrong. His name is William Kremer, and he is pictured not with his parents and sister, but with his aunt and uncle (the Hendels) and his cousin. I know it’s about 60 years overdue, Mr. Kremer, but you’ve got your correction.

2. What the F!: Vera Boehm never spoke or read Yiddish. And so, when her grandfather asked her to go to the store and pick up his copy of the Forverts, she had to think fast. How would she know which one it was? Young Vera came up with a great solution while staring at the paper’s masthead: She zoomed in on the shape of the pheh, the first letter of the word Forverts in Yiddish, figuring she’d just hunt for its replica on the newsstand. Unfortunately for Vera, there was another newspaper at the time that started with a pheh — the communist paper known as the Freiheit. She can still hear her grandfather yelling…

3. Calendar Chaos: Natalie Stein’s mother came to America from Russia in 1908, at age 4. By the time she got to middle school, she noticed something amiss, and decided to turn to the Forverts for help: “When,” she asked in a letter to the editor, “is my American birthday? I know I was born on erev Shavuos 1904.” Sure enough, a reply came soon after: May 29, 1904.