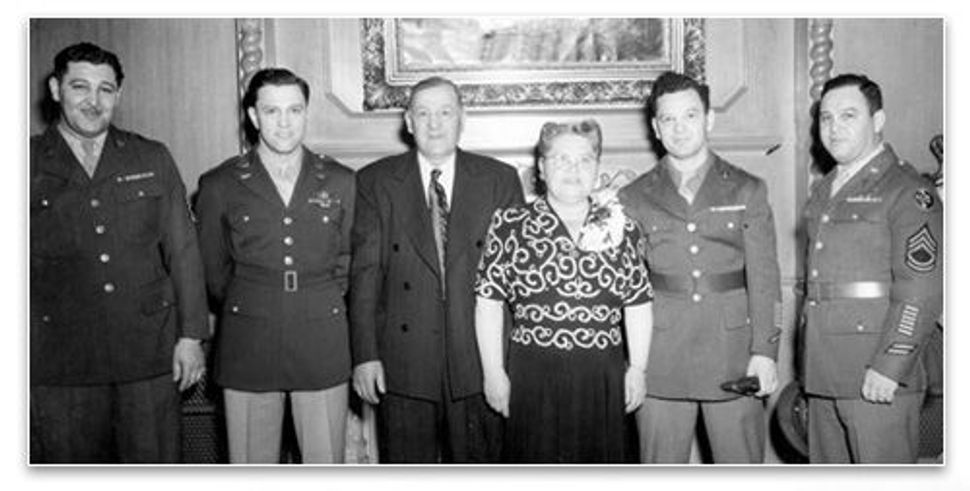 1. Before my event, which was sponsored by the Jewish community of Lee and Charlotte Counties, I was taken to dinner by a group of lovely women. Among them was Sara Krivisky, who, as a young girl growing up on the Lower East Side in the 1970s, took part in a City Arts project that still stands today: the mural on the eastern wall of the Bialystoker nursing home on East Broadway.

2. Spot the Relative, Round 87: Lee Taslitt of Fort Myers recognized his previous wife’s uncle as one of the Skolnick brothers pictures on page 169. The boys had attracted press attention, in the Jewish community and elsewhere, because all four of them were in the army — a phenomenon that filled people with unique dread after the Sullivan boys tragedy. 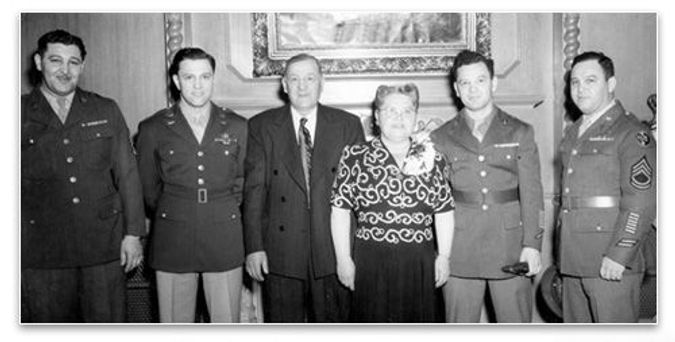