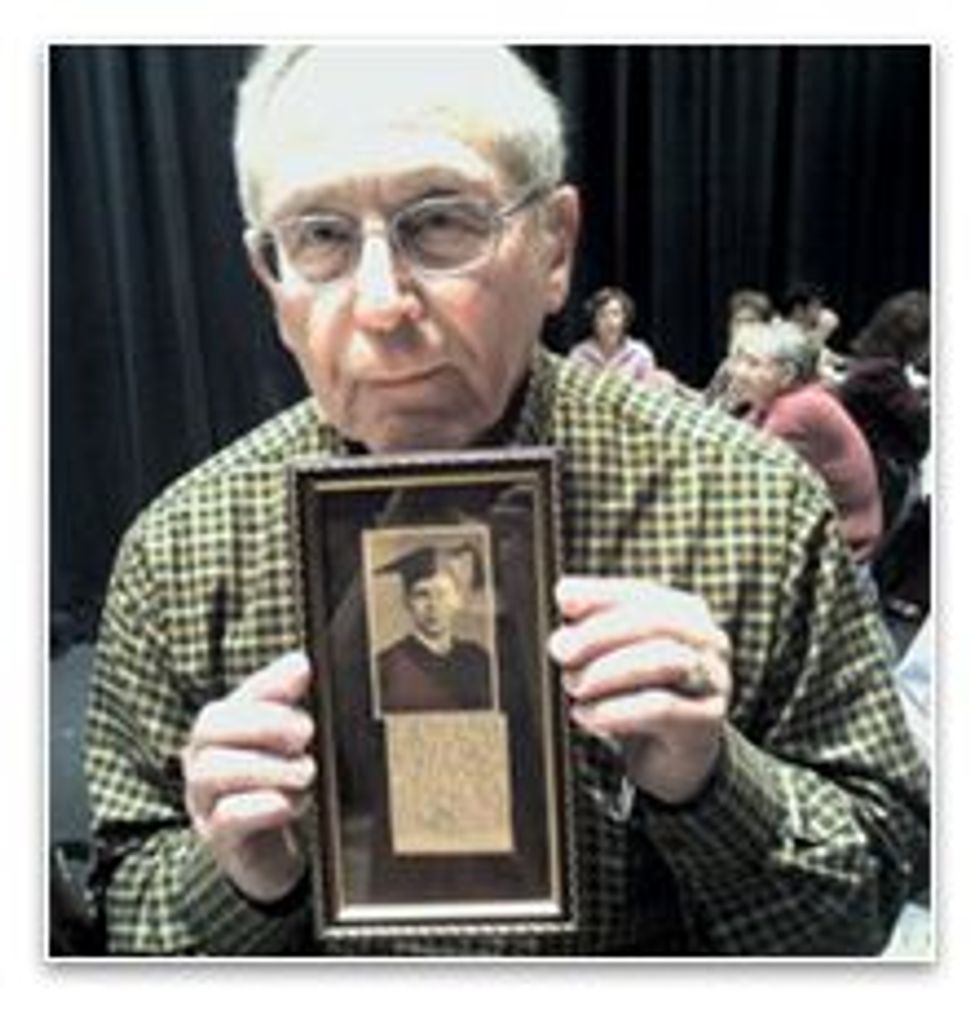 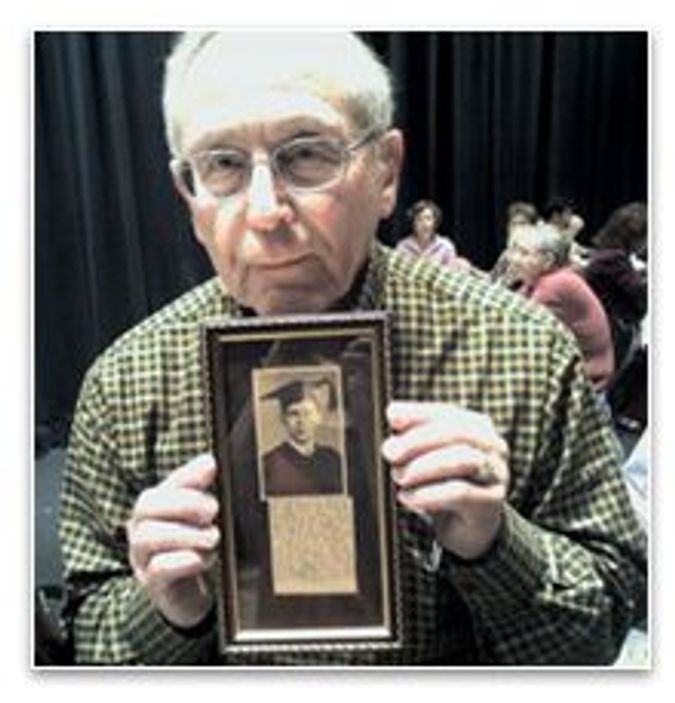 San Diego’s Jewish book fair — run by the ebullient, wonderful Jackie Gmach — is considered one of the best in the country, and it did not disappoint. At a brunch before my presentation, I was approached by a man holding a picture frame (one more time and I’m calling it a trend). He introduced himself as David Nourok, and explained that his father, Israel Nourok, originally from Shalvi, Lithuania) was a linotypist at the Forverts. Which explains the photo in the frame of a young David at his graduation from James Monroe High School in 1951. “It helps to know people in high places,” he said.