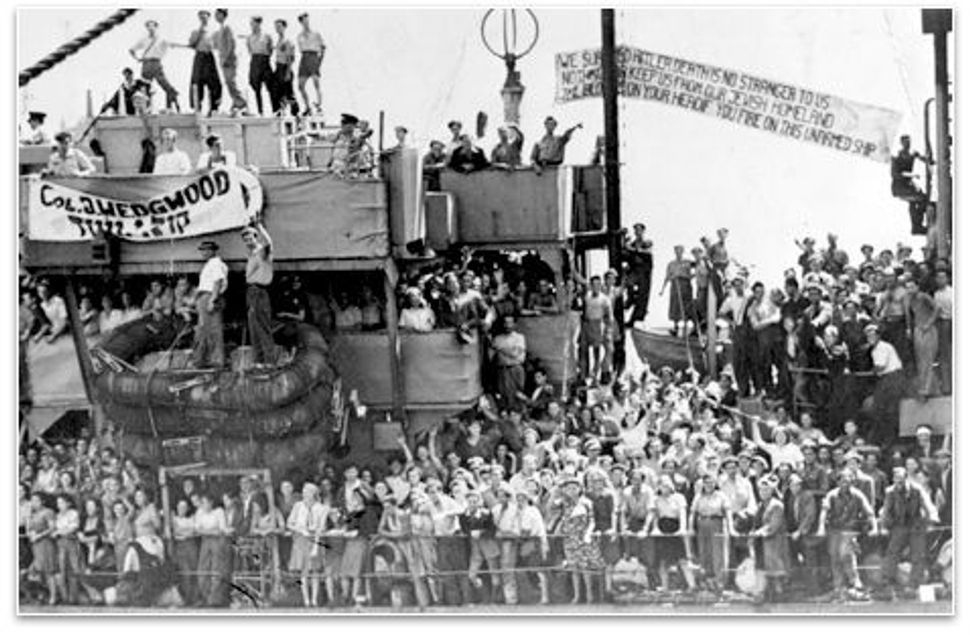 My event in Houston was a thrill, in part because Arts & Culture program director Marilyn Hassid had mounted an exhibit of some 50-odd photographs from the book in the lobby of the JCC. A week later, it bore fruit when Chana Pollack, our brilliant and devoted archivist, received a call from a man named David Gottlieb, who, while walking through the halls of his community center, noticed a poster of the Josiah Wedgewood ma’apilim ship — with himself on board as a 17-year-old “sailor.” According to Chana, “despite having his own collection of images from that trip, he had none from the point of view of the port in Haifa showing the ship’s exterior, the protest banners and passengers — including himself.” Chana sent him a jpeg of the picture as a keepsake, and then set about researching how, in his travels, Gottlieb had never managed to turn up this image. She’s found lots of ma’apilim ships, but none of the Josiah Wedgewood (and none from this vantage point). Could we have stumbled on a gem? Will send updates when I get them. 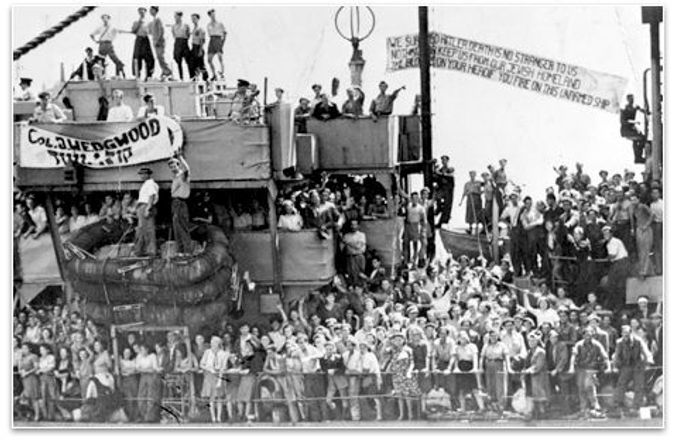