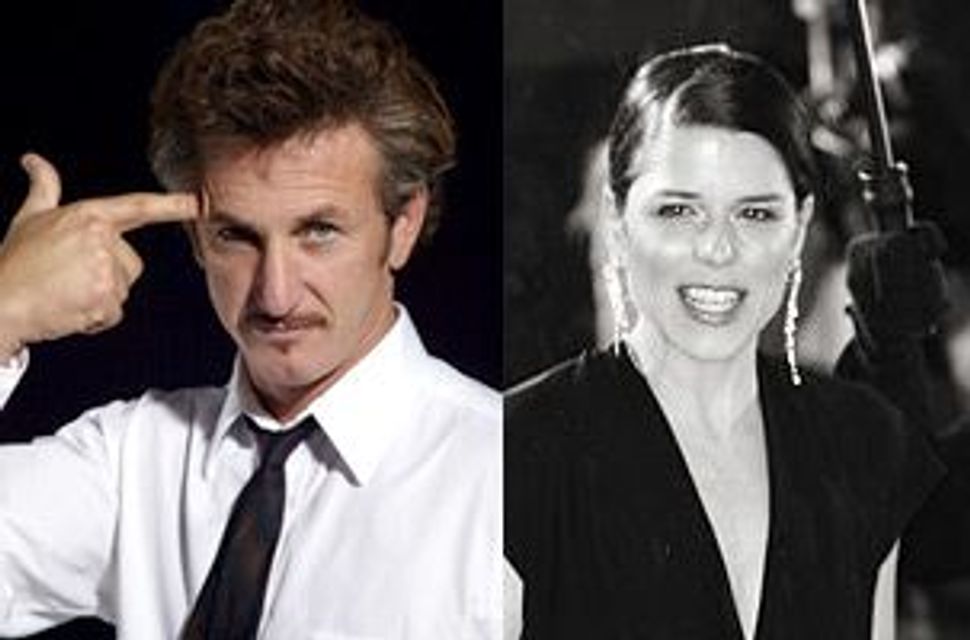 The New York Daily News has provided a photo call of 50 (actually a few more) who they claim will be lighting the candles for Hanukkah this year.

After Adam Sandler’s outing of Jewish celebrities in his Hanukkah Song it didn’t seem as though there were many left to find, but the Big Apple tabloid claims that Sean Penn and Neve Campbell — among other celebrities, some more surprising than others — will be celebrating the festival of lights.

Hat tip to Benjamin Ivry and other surprised New Yorkers.