A Living Lens: Who’s That With Yitzhak Shamir? 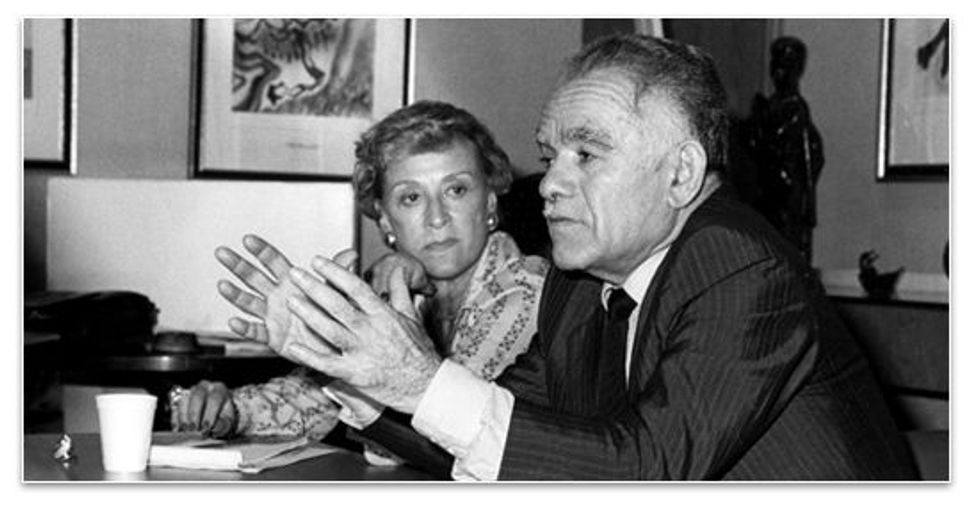 I recently received a note from Elaine Winik of Florida, whose daughter Penny Goldsmith heard me speak in Westchester on October 24. At the end of the talk, Goldsmith bought a copy of the book and sent it on to her mother, who writes:

I would like to make one correction. The “unidentified woman” in the photograph with Prime Minister Shamir (page 277) is about to be identified. I am that woman and, as national chairman of the Woman’s Division [of the UJA] from 1972 to 1975, I had the privilege of meeting many of Israel’s leaders. Not world-shaking but I just thought I would set the record straight. Even without identification, I am happy to find myself in such a wonderful book.

We’re happy to have you, Mrs. Winik — especially now that we know who you are.

A Living Lens: Who’s That With Yitzhak Shamir?