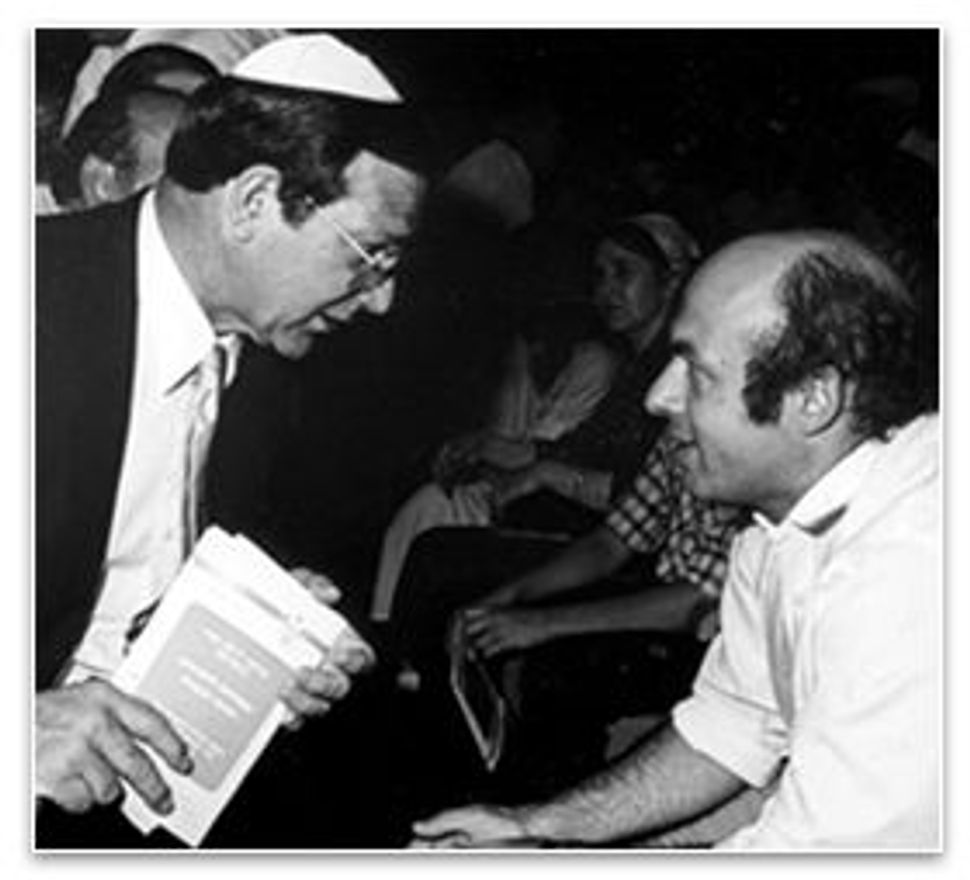 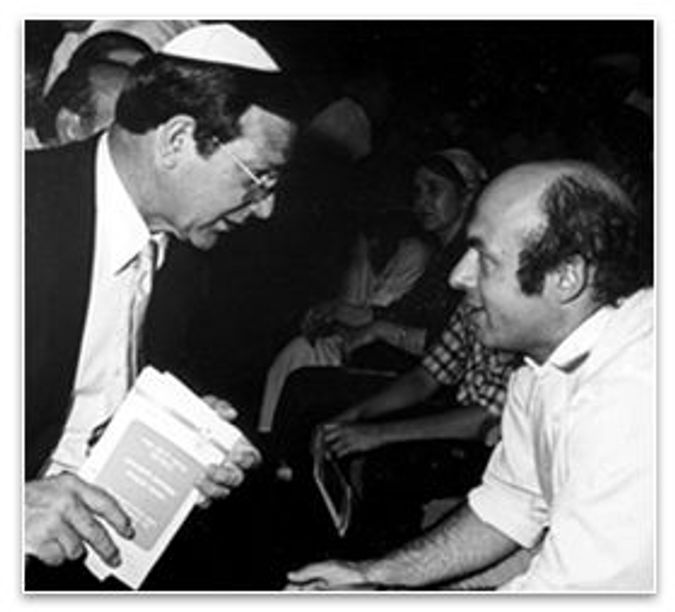 I received a call a few weeks ago from a cantor named Solomon Mendelson, who identified himself as the man in the photo with Soviet dissident Natan Sharansky on page 295 of “A Living Lens.” But the back story, as told to the Forward’s Aaron Greenblatt, is even more interesting: In 1978, after a Soviet court sentenced Natan Sharansky to 13 years in the gulag, the then-refusenik and current Israeli politico allegedly replied, “Next year in Jerusalem.” For Mendelson, these words proved a source of inspiration. Mendelson and the Cantors Assembly took Sharansky’s text and transformed it into a cantorial production, which they performed around the world. In Jerusalem, they appeared in front of a packed house, including notables such as former Jerusalem mayor Teddy Kollek, former Prime Minister Yitzhak Shamir and none other than Sharansky himself, who was accompanied by his elderly mother. Mendelson recalled that the former refusenik arrived late into the show, and Kollek had to be jostled out of slumber to greet him.

After the show, Mendelson, who was president of the Cantors Assembly at the time, met Sharansky backstage, and remembers the picture being taken — though “how it got in the Forward I’ll never know.”