Israel’s Prostitution Bill, and the MKs Blaming the Exploited 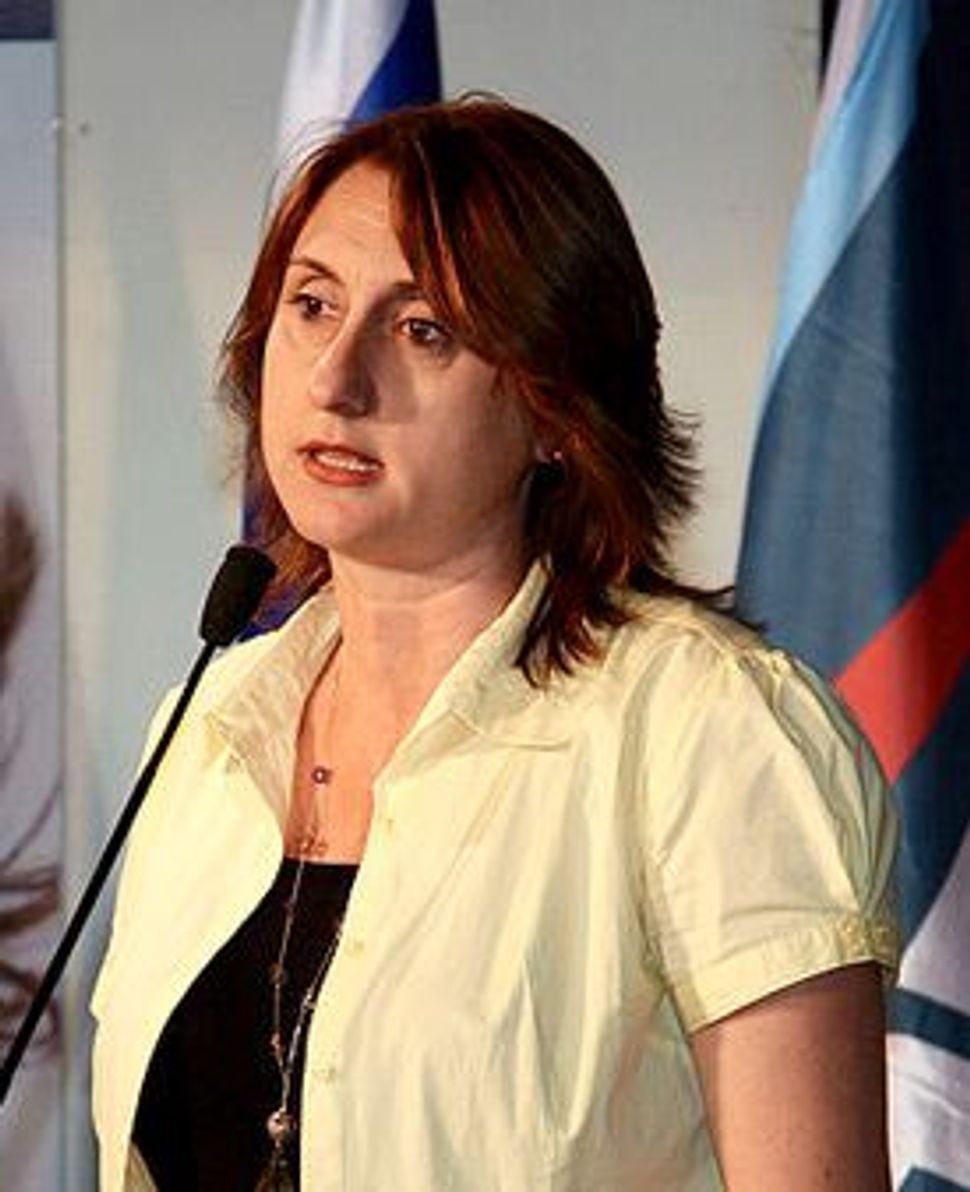 At issue is a bill recently introduced by Kadima Knesset member Orit Zuaretz, seen at right, outlawing the solicitation of a prostitute. Actually, the Zuaretz bill makes solicitation punishable with six months in prison only after the second arrest. First time offenders will be sent to a form of rehab that includes mandatory attendance at seminars on public health and human dignity, as well as lectures given from former prostitutes about the harrowing conditions of their lives. The bill is based on the Sweden model, where a 1999 law punished those soliciting and not those being solicited — and resulted in the number of women working as prostitutes shrinking by two-thirds.

“This is a revolutionary law,” Zuaretz said, “because it punishes the clients — consumers of prostitution — as criminals and forces them to take responsibility for their behavior.” Zuaretz argues that “this is the only way to protect women being trafficked as prostitutes, and not by proposals for organizing prostitution as a supposed profession — because it is not a profession, and is not done by free choice.” Knesset member Zevulun Orlev agrees. “It’s not enough to punish the pimps and the traffickers but in order to dry up the swamp and to reduce demand, we have to hit the clients themselves.”

The bill was introduced during a special session of the Committee on the Trafficking of Women. According to the findings of a 2005 Knesset Inquiry, some 3000–5000 women are smuggled into Israel annually and sold into prostitution, and many live in sub-human conditions.

Traffickers take away the women’s passports before selling them on to pimps, and sometimes women are subjected to human auctions, where they are stripped, examined and sold for $8,000-$10,000.The United Nations named Israel as one of the main destinations in the world for trafficked women. The U.S. State Department also lists Israel as a Tier 2 offender in the Trafficking in Persons report.

According to Vered Lee writing in Haaretz:

Criminalizing the consumption of commercialized sex seems such an obvious step that it’s not clear why it has not long been part of our law. In other criminal areas such as gambling and drugs, the law has seen the purchasers as offenders from the start, even if not the main culprits. … Still, [consumers of prostitution] have avoided prosecution, and it’s the victims who are frequently arrested in brothel raids. … The double standards are nicely illustrated linguistically, with the pejoratives ‘prostitute’ or ‘whore’ used for the women, while the men are called ‘customers’ or ‘clients.’ The new bill would put an end to this kind of sanitization of language; the purchasers would be tagged as criminals, not clients. The bodies of human beings, be they women, men or children, are not just another commodity; anyone who traffics in them in any way should be liable to punishment.

Unfortunately, not everyone sees it quite this way. According to Shas legislators, the main opponents of this groundbreaking bill, men are the victims and women are the criminals. “The women are the guilty ones in the prostitution industry, and men are just the victims, because women tempt them,” according to Knesset member Nissim Zeev, speaking at the hearing of the Committee on the Trafficking of Women last week.

Zuaretz responded that Zeev is expressing an “archaic, paternalistic position,” and that “it’s too bad that Zeev tries to take all responsibility off of men who are using desperate women for their own desires.” Still, this archaic position found expression elsewhere — including on Zuaretz’s own Facebook page. (Zuaretz was recently rated by Calcalist, by the way, as being the most responsive Knesset member to her constituents via Facebook. And disclaimer: I’m one of her “friends.”) One of her other “friends” commented on her wall: “I have never heard such a stupid idea… Every boor who knows human nature and a bit of history knows that such a law cannot work.”

The real obstacle to progress here is the idea that men cannot help themselves. It is “human nature” for the poor, victimized men to hump the nearest skirt when the opportunity presents itself, according to men like Zeev.

This misguided notion of “nature” is clearly at the root of women’s suffering. That, and the insistence of some men that they “know” everything there is to know about everything — even if they haven’t bothered to check out, for example, what’s happening in Sweden. Some men’s arrogant beliefs in their own natural need to conquer, as well as their own superior intelligence, are probably the greatest threat to women’s health.

Israel’s Prostitution Bill, and the MKs Blaming the Exploited