Challenging the Women of the Wall 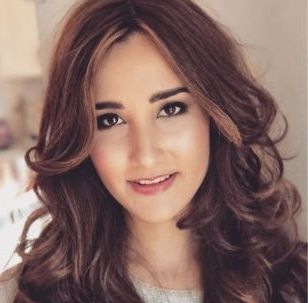 Every time I read about the ongoing Women of the Wall saga, I am filled with sorrow. As I picture Jew fighting Jew, a woman being roughhoused by police, fingerprinted like a common criminal, my heart is heavy. Their fight is reminiscent of that of Rosa Parks. All these women want is the same treatment as men. How could one group be allowed to monopolize a national holy site?

These are the emotions that fill my heart. When I think about it, though, I ultimately disagree with what the Women of the Wall are trying to accomplish.

I can see things from both sides because I’ve been in both worlds. I was raised as Conservative Jew, and was outraged the first time I saw the mechitza at the Western Wall, during a family trip to Israel when I was almost 14. I had basically no real understanding of Orthodox Judaism at that point, but the message of the mechitza was clear to me: You women don’t have the same rights and privileges as men.

A couple years after that first encounter with a mechitza — many years into an existential crisis that began in childhood — I decided to give Orthodox Judaism a try to see if it might answer some of life’s biggest questions. I was taken in by the beauty of the learning, the lifestyle and of the people who truly embodied Torah values. (Unfortunately, not all people who call themselves “Orthodox” live up to these high standards.)

I also saw began to see the mechitza and a woman’s role in traditional Jewish life very differently. The fact that I, and many other Orthodox Jewish women I know, are happy with the way things are regarding traditional prayer, unfortunately is irrelevant to the Women of the Wall. Some have had different experiences than we have had; others have come to different conclusions. Ideas can be discussed and debated all day long, but at the end of the day, a practical decision needs to be made about the happenings at that Wall — and that’s where things start to get complicated.

As the mother of three children — two of arguing age — I know that sometimes both sides can have valid points. The question of whose turn is it to get the toy is not always solved with the best answer, but sometimes with the least worst. And leaving the prayer-style the most traditionally oriented, in my view, is the least worst answer.

Why is that? Because of the proverbial slippery slope. Jewish people have been praying at the Wall in a particular (traditional) way for 2,000 years. Once we start to make changes to that way of doing things, wherever the bar is set for a time, there will always be someone who wants to move it further.

For instance, one of my friends has become more observant in the last few years, approaching Orthodoxy. One of her relatives is a Reform Jew and has argued with my friend about many of the choices she’s made in living what she sees as a more traditionally halachic life. But this Reform relative recently expressed outrage to my friend when her temple was visited by a group of Secular Humanist Jews, who explained that instead of reciting the Shema as “Hear oh Israel, the Lord our God, the Lord is One,” they said, “Hear oh Israel, the Lord is Man, the Lord is One.”

“That’s human worship!” this relative informed my friend. “How could they take things so far?” When my friend heard this, she thought about how this relative finally understood what had motivated her to return to a more traditional Jewish lifestyle.

A group of women reading Torah, wearing tallisim, yarmulkes, and tefillin on the women’s side, though not against any technical Jewish law, is the first break from keeping things the way they’ve been since prayer was first established, after the destruction of the Second Temple. What if a group wanted to put up an image or an idol when they prayed at the Wall? What if this group explained that it helped them better to focus on their prayers if they had a god in front of them to visualize as they prayed?

I’m not saying this in order to conflate egalitarian prayer with idolatry, but rather to demonstrate the slipperiness of the slope. Such a scenario seems outrageous, but only because we’ve never seen it before.

If the Women of the Wall were being challenged solely because they were women, in an effort to oppress them, squelch them, lower them, then I would say, “Fight on, sisters!” But I don’t believe that that is the case. I believe the fight that is being fought is in order to uphold halacha and tradition, a system that Orthodox Jews trust in and live by.

That being said, I think the opposition to what Women of the Wall are trying to accomplish should be done with as much sensitivity as possible. Jews fighting Jews is a horrible thing. Why, just yards away from the contested Wall lie the ruins of a Temple that our tradition says was destroyed due to senseless hatred between fellow Jews.

CLARIFICATION: By “praying traditionally,” I did not mean to suggest that there was a mechitza at the Kotel for the last 2,000 years, as Jews haven’t had control of the Wall for much of that time, and mechitzas weren’t widespread until some time in the late Middle Ages, according to the sources I’ve seen. What I meant was that when Jews were able to pray at the Western Wall, they did so largely in accordance with Jewish law and mesorah (historical precedent), which includes men and women praying separately during formal prayer, and only men reading from the Torah, wearing a tallis, and putting on tefillin. Also, while it’s true that there was no permanent mechitza installed at the Wall until 1967, that’s not necessarily because Jews didn’t want it; it’s largely because non-Jewish authorities did not allow for it. (January 10, 2010, 10:41 a.m.)

Allison Josephs is the creator of JewintheCity.com, which features her original online videos and blog posts that challenge the public perception of traditional Judaism.

Allison Josephs is the founder of Jew in the City, an organization that works to show the Torah learning and lifestyle to the secular world.

Challenging the Women of the Wall