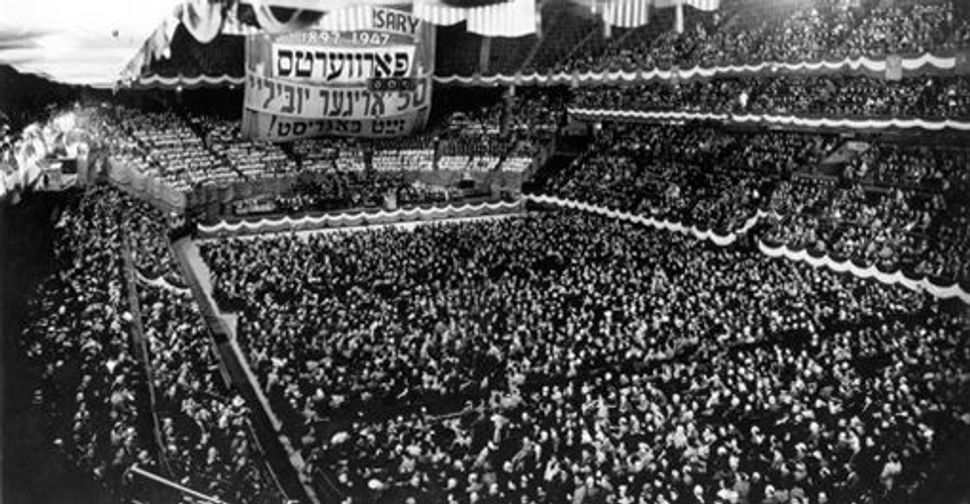 As Taube and his wife, both refugees from World War II, disembarked from the S.S. Ernie Pyle, they were approached by a young writer named Isaac Metzker, who asked to interview them. Taube noticed Yiddish letters on the paper stuffed in Metzker’s pocket, and he asked the newspaperman what sort of publication it was. The rest, as they say, is history: Taube contributed to the Forverts for next 60 years.