Is My Baby Girl Too F-t? 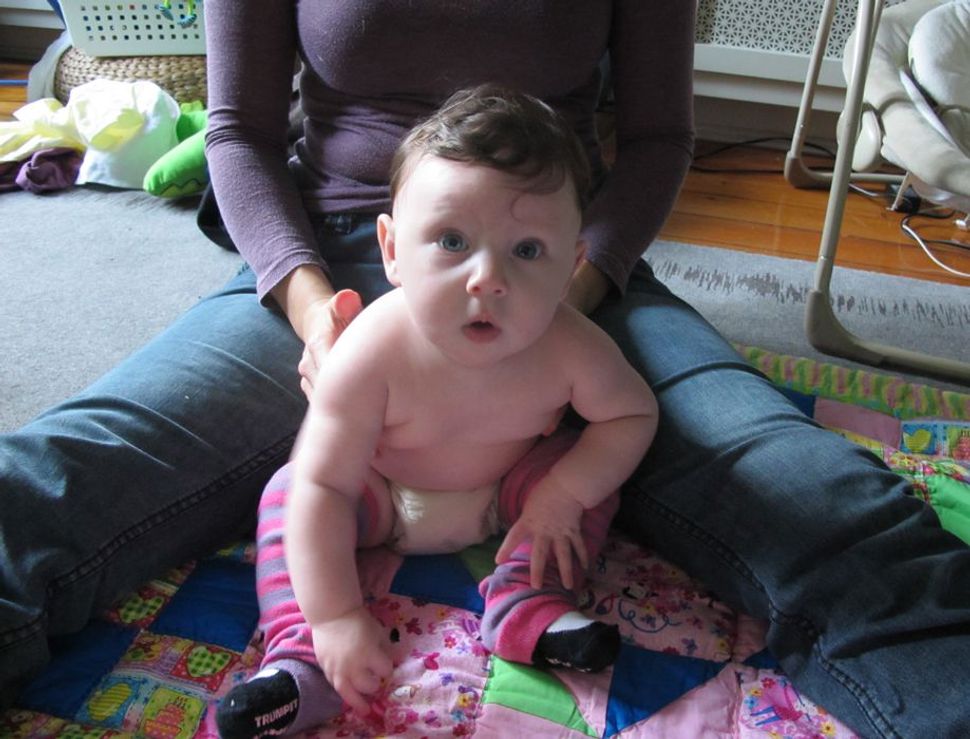 Mika and her mother (click for even bigger ?awww?)

My mother-in-law just sent me an article entitled “When is your chubby baby too chubby” I wouldn’t take it so personally if I wasn’t already a little worried about my four-month-old daughter.

When I took Mika in to the doctor for her most recent check-up, the nurse started chuckling when she looked down at the scale. “Sixteen pounds, eight ounces! Wooweee!” “Um, doesn’t that actually say ‘five ounces’” I asked demurely. The point five indicated half a pound, or eight ounces. And it was at that moment that I realized I had become totally crazy. I was worried about what my adorable baby weighed. I was worried that if she was too chubby now (she’s in the 95th percentile for weight), she would spend her life obsessing over her thighs and rear end.

Last year, when I found out that I was having a girl, I immediately started worrying about how to instill in her a positive body image and a healthy relationship with food. I remember so vividly, and painfully, those teenage years — when I wanted to hide under a burlap sack.

So, while I’m of course not really worried about my baby being scarred by her adorable layers of chub, I am really worried about raising an emotionally healthy girl who feels great about herself. Any tips from experienced moms out there? (I mean, aside from not writing things about them that they may find really embarrassing one day.)

Is My Baby Girl Too F-t?