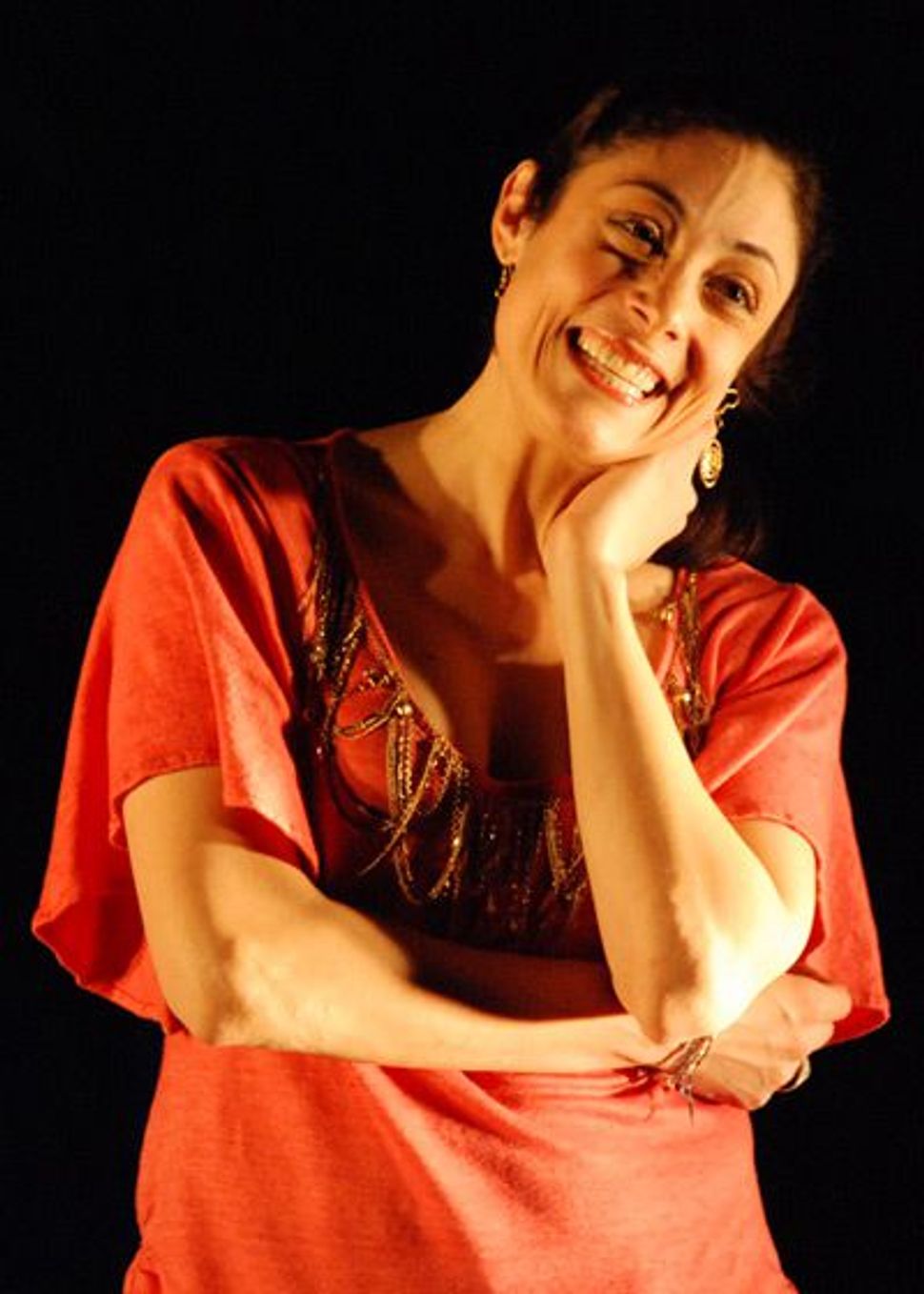 Najla Said, daughter of famed literary scholar and Palestine advocate Edward Said, has a new one-woman show about growing up in-between cultures. “Palestine,” the play’s title, explores the tension between her growing up as a Christian Arab on Manhattan’s heavily Jewish Upper West Side.

“Until September 11, 2001, if you asked anyone to spend five minutes with me and try to guess my background, they’d tell you I was a Jew,” she begins the play. “This may sound rather bizarre coming from a Palestinian-Lebanese-American Christian woman, but in the standard, stereotypical, cultural sense of the word, I grew up as a Jew in New York City.”

In the show, Said, 35, discusses her oscillating feelings of displacement and belonging: She recalls her horrifying visit to Gaza Strip, her eye-opening journey to her to father’s childhood house in Jerusalem (which had become the headquarters for a right-wing Christian organization), and her glamorous vacations in Lebanon. Said jests about her essentially Jewish American Princess upbringing, and her inclination to sprinkle her language with Yiddish. It wasn’t until after September 11 that she began to contemplate her identity as as an Arab American.

A leitmotif in the show is Said’s indifference to politics, and, specifically, Palestine, which repeatedly interrupts her young womanly concerns (boys, clothes and — the more destructive — staying thin). During most of her upbringing, she wanted nothing more than to shed the burden of belonging to a politicized family, something underscored by her use of “daddy” throughout the play; this was a clear desire to, if only through words, corner the man whose public identity is a tough act to follow.

Ms. Said’s main problem, the one that seems to carry on today, is her problem identifying with anyone; she is a bit adrift in all her hyphens. But the flipside of this, one that her play manifests even if she doesn’t, is that she can identify with everyone.

Being a girl, she was allowed to delight in lightweight things like kissing Jewish boys and shopping on Madison Avenue —without having the burden of the Israeli and Palestinian conflict thrust on her shoulders. While she later felt guilty about this, and slightly resentful of the elements of sexism she came to see in her family — her brother was presented as an extremely politicized foil to her callousness and naiveté — the girly island she was placed on was in some ways a gift.

While I am not in the habit of quoting Torah, this did remind me of a recent passage I read.

But every woman shall borrow of her neighbor, and of her that sojourneth in her house, jewels of silver, and jewels of gold, and raiment: and ye shall put them upon your sons, and upon your daughters; and ye shall spoil the Egyptians. (Exodus 3:22 )

In Robert Alter’s footnote to this section in his new translation, he explains that it was common for women to “constitute the porous boundary between adjacent ethnic communities; borrowers of the proverbial cup of sugar, sharers of gossip and women’s lore.”

The power of Najla Said’s play is in the way it is a bit gossipy, filled with lore. While her father was particularly adept at constructing the other, she has proved adept at deconstructing it.