In Israel, the Most Popular ‘Jewish Mother’ Is an Arab Muslim 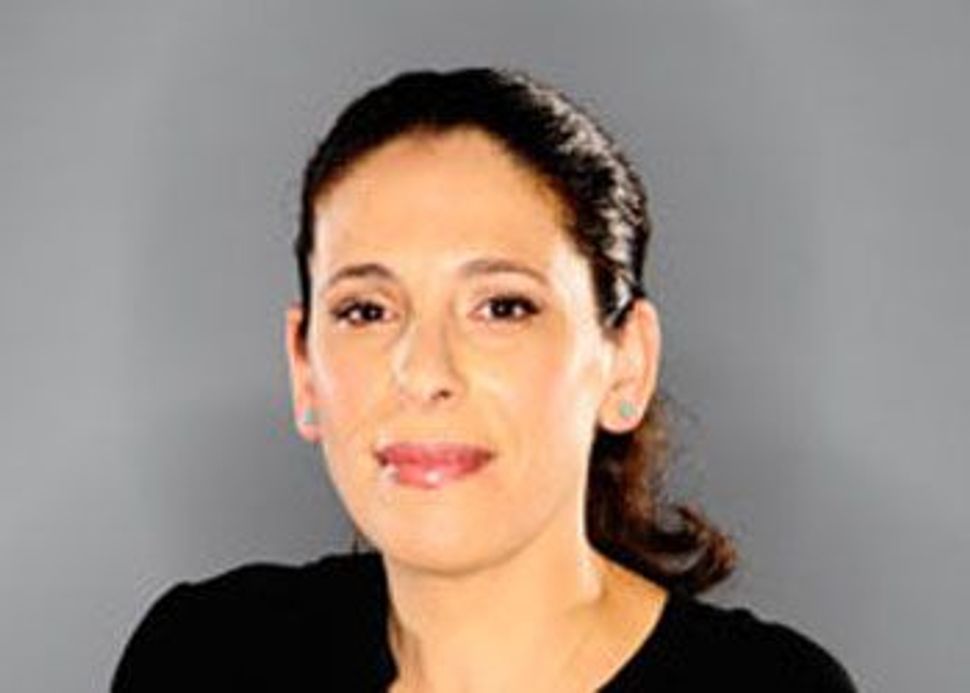 In the world of Israeli popular culture, the most popular maternal figure at the moment is a very different kind of Jewish mother — a proud Arab Muslim who prays five times daily, calls the Koran her favorite book, obsessively puffs on a hookah pipe and proudly wears a keffiyah.

Futna Jabber is one of the five finalists on Israel’s version of the reality show hit “Big Brother,” after viewers voted week after week to keep the vivacious 37-year-old on their screens for more than three months. So popular was Futna, that she didn’t even have to worry in the last round of voting: None of her housemates nominated her for eliminations. The results of the final eliminations will be announced Thursday on the show’s finale.

From the moment she made her entrance onto the national television screen, Futna made it clear that she wouldn’t allow others to define her, declaring who she was from the beginning: “I am a Moslem Palestinian Israeli mother — but first and foremost, I am a human being.” Her greatest dream: “A real and genuine peace for my children and their friends. Inshallah [God willing].”

She kept her distance from the traditional reality show infighting among the residents, and set up shop in the spot where she knew from the outset that she could dominate any competition unchallenged: the kitchen. In the real world, she and her husband own and operate a small hummus joint in Jaffa. The kitchen was her turf, and if any other resident who dared to tread on her culinary turf – she immediately nominated them for elimination — and the audience complied with her request.

But Futna built warm and affectionate friendships with her housemates — several of them, men who served in combat units in the IDF — all of whom have adopted her favorite Arab slang phrase, “Walla Eeshy!” The relationships stand in interesting contrast to another contestant: Edna Kaneti, who had a short but stormy stay in the house. An activist in the anti-occupation women’s group Machsom Watch, she initiated provocative and angry discussions, and walked out of the house.

But Futna was always respectful. After cooking and serving up multiple, multi-course Friday night Shabbat dinners, Futna listened politely to the blessings over the wine and bread, but did not join in the “amens” and did not take sips of wine or bites of challah. When blessings were offered for all of Israel, she calmly suggested inserting the word “Palestine.” And when she ran a campaign for “Mayor” of the “Big Brother” house, her tongue-in-cheek slogan was “One Futna for Two Peoples.”

Some bloggers asked wistfully why the female and Jewish residents of the house weren’t able to represent Jewish womanhood as successfully as Futna represented Arab females.

The affection, however, appears to be distinctly one-sided. According to Israeli Arab culture critic Aloch Lechel, the affection isn’t mutual. Israeli Arabs, he says, aren’t restricted to watching Israeli Hebrew-language television as they were decades ago, and today, they are much more interested in the reality shows on the Arab channels they watch on cable television and satellite. And they don’t view Futna as any kind of ambassador. Her presence in the Arab Israeli press, he notes, is pretty much non-existent. “We don’t view Futna as representing the Arab people. She represents herself, and maybe her hummus. But us? No.”

But under the microscope of 24/7 camera scrutiny, Futna’s character is nothing if not genuine. Her strong identity coexisting with her tolerance legitimately represents skills honed in the cultural and ethnic stew that is Jaffa, as the Academy Award-nominated film “Ajami” attests.

Although her popularity won’t neccessarily bring peace any closer, it certainly offers the Israeli public a badly-needed helping of cross-cultural understanding and appreciation of a strong, unique and thoroughly modern woman: one who dared to ask the question, “Why didn’t they call the show ‘Big Sister?’”

In Israel, the Most Popular ‘Jewish Mother’ Is an Arab Muslim