Hamas Bunny on Jews: ‘I Will Eat Them Up’ 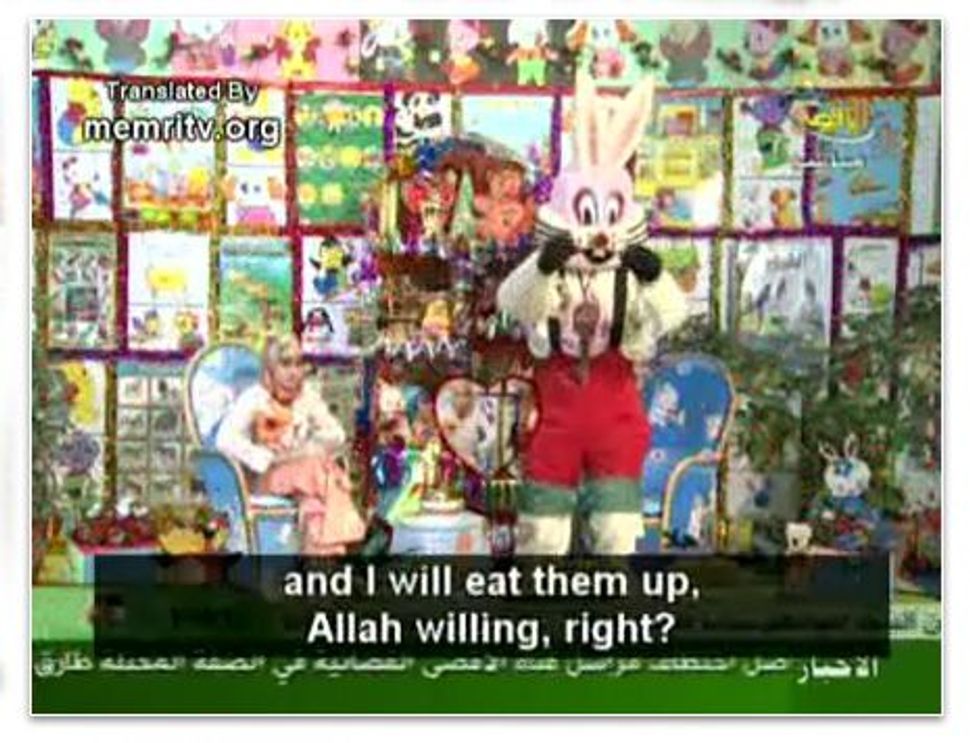 First there was Farfur, the pro-terror Mickey Mouse knock-off. After an international outcry, Hamas’s Al-Aqsa TV made the mouse a martyr, showing him being beaten to death on his children’s program by an Israeli character.

Now, the Daily News reports, Al-Aqsa is using a bunny to promote hatred of Jews:

Hamas has reached a new low in its cartoon brainwashing of kids to kill Israelis: a Bugs Bunny look-alike who declares, “I will eat the Jews!”

Assud the rabbit is the newest star of “Tomorrow’s Pioneers,” a Hamas-authorized kids show that airs on Gaza TV and is beamed around the Arab world.

She sits listening entranced to the rabbit’s rants.

“I, Assud, will finish off the Jews and eat them,” he hisses.

The bunny replaces another martyred cartoon character, a Gazan bee who dies after he couldn’t get to Egypt medical treatment. The bunny appears to be a particular champion of the Palestinian “right of return.

Watch the video here. (If you have trouble accessing that video, there’s a shorter snippet of the same show on YouTube.)

Hamas Bunny on Jews: ‘I Will Eat Them Up’