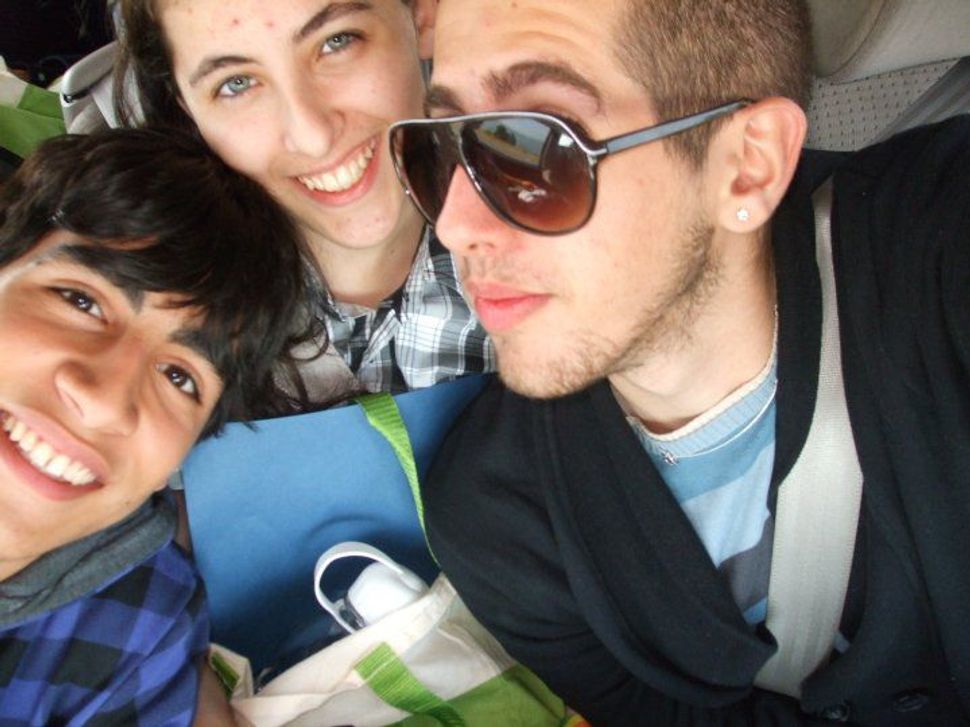 When I was growing up in Canada, I always looked up to Israeli teenagers. I was fortunate to spend my high school summers in Israel and participate in programs together with Israeli teens, which served to intensify my admiration for them. I thought they were strong, bold and courageous for both getting drafted to the army and living in a country without American jeans and sneakers and where movies came out only months after their American debut.

Although I am now over twice the age of a regular Israeli soldier, and Israel today is not lacking in the way of materialistic culture, I still admire Israeli teens. Far more than many North American youth, they seem to have the courage of their convictions. None so much as the gay and lesbian Israeli teens who visited San Francisco’s Jewish community last week as part of the Out in Israel LBGT Culture Festival sponsored by the Consulate General of Israel to the Pacific Northwest and the San Francisco Jewish Community Federation together and other local organizations.

I met with four ambassadors of Israel Gay Youth, or IGY, who spoke at San Francisco’s Bureau of Jewish Education. They told their personal stories, discussed what it was like to come out in Israeli society, and shared how they were affected by the lethal shooting attack on the gay youth club in Tel Aviv last August. As a member of a generation in which almost no gay person came out until they were in college or beyond, I was amazed at the confidence and self-assurance with which these Israeli teens handle their sexual identity and negotiate any obstacles that stand in their way because of it. Here are their stories:

• At nearly 18, Regev is a tall, slim young man with a short beard who hails from a moshav on the Golan Heights. Far from the cosmopolitan center of the country, it is a place where, as Regev put it, “LGBT people feel like they need to hide like mice in holes.” Regev decided to hide no longer a few years ago, after a close friend committed suicide because he was gay, afraid to come out, and convinced of the shame his sexual orientation would bring upon his family. Regev has suffered taunts and physical abuse from straight peers, so he is circumspect about his sexual orientation in his home community. He is, however, completely out in the rest of Israel and is a very active member of IGY. Soon to be eighteen, he has volunteered to the IDF, despite serious medical problems that would have exempted him from military service.

• Gil, 18, from Kfar Sava, suppressed his feelings through overeating as a child. It was only after losing weight in his mid-teens that he was able to face his sexual identity. His father took his coming out pretty much in stride. His mother sent him to a psychiatrist, but eventually accepted Gil’s sexual orientation. Like any idealistic and responsible teen, “I’m doing my best to reach my goals,” he said. Gil looks forward to his draft date this coming November and using his knowledge of Arabic in the intelligence corps.

• The only religious teen among the four, Elior, 15, from Netanya, came out to his elderly rabbi father with a heart problem one Pesach morning. “I just hoped he wouldn’t have a heart attack,” he says, “so I said I thought I was bisexual in order to break the news more softly.” Elior’s father did not have a heart attack, but his mother did take the revelation very hard. She has sought support from an organization called Tehilah, the Israeli equivalent of PFLAG. Interestingly, not all of Elior’s many siblings know he is gay, but everyone at his religious school does. He said he is grateful to his school’s rabbi for having come into his class (without Elior there) to tell the students that they need to accept and respect Elior because of the courage he showed in coming out.

• Ronni, 16, from Ramat Gan was the only girl among the four IGY ambassadors. She speaks very confidently and matter of factly about her sexual orientation and love life. “I have had three girlfriends so far,” she said. She is completely out at school, where she openly fields questions about being gay. Like the others, she spends a great deal of time participating in IGY groups, calling the organization “a second home, a place where I always feel safe.” Although all four of the ambassadors took the shooting attack last August very hard, Ronni was most directly affected in that one of the two victims killed was a 27-year-old man named Nir, who had been the advisor to her school’s young entrepreneurs club. It was with Nir’s support that Ronni came out for the first time among her fellow club members. “Now is the time to speak our voices. Davka because someone tried to kill us, means we need to stand up and say we are not going anywhere,” she told the crowd.

I always liked how Israelis are unapologetic and talk dugri, telling it like it is. When I was a teen, I liked this characteristic of my Israeli peers because I thought it was cool. Now a mother of teenagers myself, and someone who cares deeply about the future of Israel and the quality of life there, I know that the ability of LGBT teens to freely come out, speak their minds and participate actively in Israeli civil society, is more than just cool. It is essential for maintaining Israel’s democratic identity.