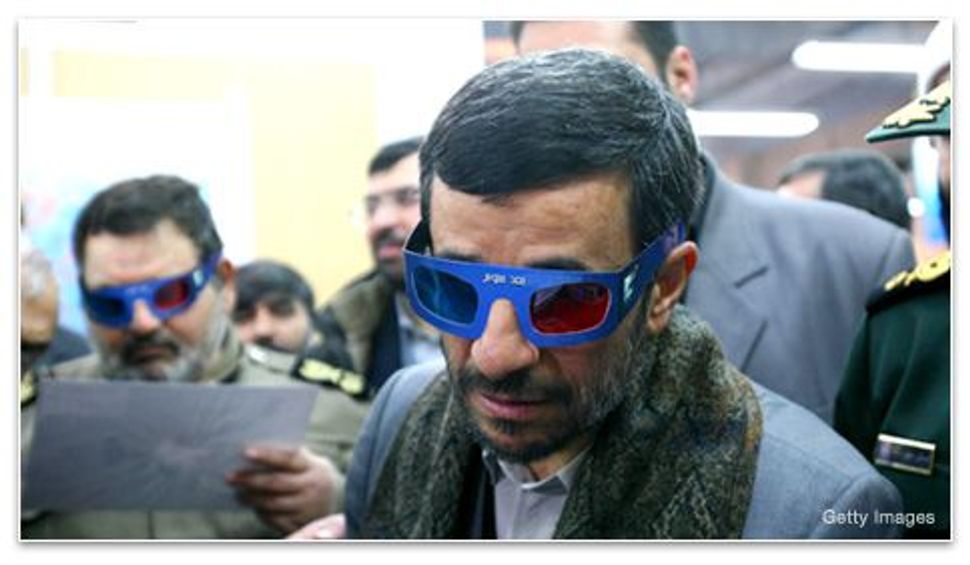 Speaking of Hezbollah terrorist chief Imad Mughniyeh, who was assassinated last week, Ahmadinejad said Israel was behind the death of this “righteous man.”

“The West created a dark and filthy germ known as the Zionist regime, which has attacked the countries of the region like a savage beast,” the Iranian president said in a televised speech.

Now, I’m eagerly waiting for Ahmadinejad’s latest remarks to be explained away by the folks who so helpfully iinformed the world that Ahmadinejad’s previous statement to the effect that Israel should be wiped out was actually misunderstood and that, in any case, it was really nothing to be overly concerned about.