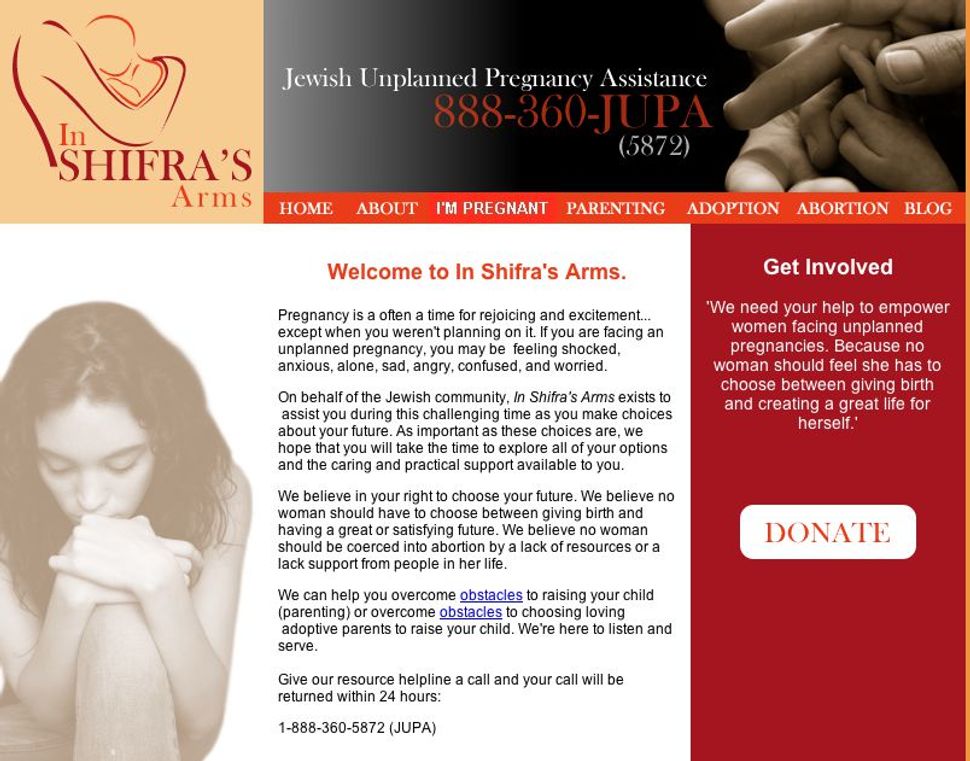 I can’t quite describe the sock in the gut I felt over the weekend when I read about “In Shifra’s Arms,” which is apparently the first crisis pregnancy center targeting young Jewish women. The story was first reported in the Washington Jewish Week by Sisterhood contributor Sarah Breger. As a reproductive rights advocate, I’m strongly opposed to the CPCs, because they spread misleading, incorrect medical information about abortion, couched in feminist-friendly terms like “help” and “your decision.” As Emily at Jewesses With Attitude wrote:

Women and girls visit CPCs at the beginning of an unplanned pregnancy, one of the most vulnerable states in which one could be, and they are given false information and limited choices. And it angers me.

I feel the same way. It’s particularly upsetting that women who really need abortion referrals or women who actually might want help with adoption or child-rearing support, are getting ideological spin instead.

The fact is, as investigation after investigation has uncovered, many of the worst CPCs aren’t actually interested in helping women raise their children or place them in a good family. Their mission seems rooted in the idea that women are emotional infants incapable of making real decisions — and this translates to the way they treat their clients who do want to carry to term.

Usually, these centers, which frequently pop up across the street from choice-oriented women’s health clinics, appear to be funded, often, by conservative or Christian groups. Until now, the Jewish community, which tends to lean pro-choice due to the prevailing belief that the mother’s life and health are paramount, has stayed out of this deceptive business. And Judaism’s pragmatic valuing of women’s lives and of family life, as opposed to than the “pro-life until birth” philosophy, has always made me proud.

But there’s an exception to every rule and a first time for everything. At RH Reality Check (where I also blog) Jodi dug up the ultra-conservative credentials of the organization’s founders and they are tried and true. They are Jewish women who happen to be right wing and anti-abortion. And it was really only a matter of time before someone from our faith joined this falsehood-peddling crusade. At least we can get comfort in the backlash from other Jewish groups and bloggers, and the fact that out of thousands of these centers, only one is aimed at Jewish women.

And so far, they’ve only had one client.