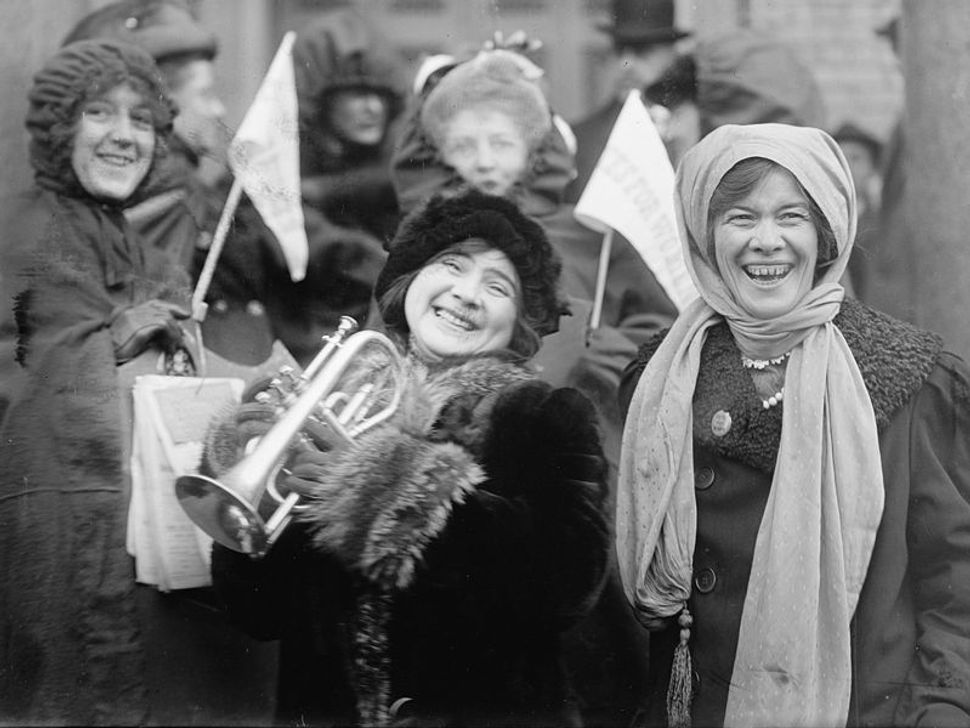 I almost never answer the door unless I’m expecting someone or something. I live in New York, and you can’t be too careful.

But the other day, uncharacteristically, I did answer it. When I opened the door, there was a young woman who asked if I’m voting on September 14, and then handed me a pamphlet for a candidate. I had forgotten completely about the impending election, which adds a delicious layer of irony to this post.

It’s Equality Day, and this year it commemorates the 90th anniversary of women’s suffrage in the United States. Let that number register for a moment. Women have been voting in this country for fewer than one 100 years.

As American Jews, we are at odds with ourselves regarding our relationship to political power. Depending on whom you ask, we may or may have it, and if we do, we may or may not use it egregiously in regards to Israel.

In spite of the fact that American Jewish women are overwhelmingly educated and social justice-oriented, we take our right to vote for granted. While the most egregious example of doing so is not voting at all, the refusal to associate with the movement that mobilized to bring us suffrage is just as problematic.

We may claim that feminism is dead, that equality has been achieved, that we no longer have any need for the F-word. Whether or not we acknowledge it, voting is in itself a feminist act — a taking of power long denied us. And it’s imperative that we continue to assert what power we have over a system that has the potential to both fail us and act justly.

It’s the opportunity to reflect the truths of our lives and to exercise autonomy over our choices — and that’s forsaken when we don’t vote, and when we disassociate ourselves from the feminist project. If we truly believe that the relevance of feminism has come and gone, it is because we have benefited so entirely from its work.