The Women Behind ‘Katrina’s Jewish Voices’ 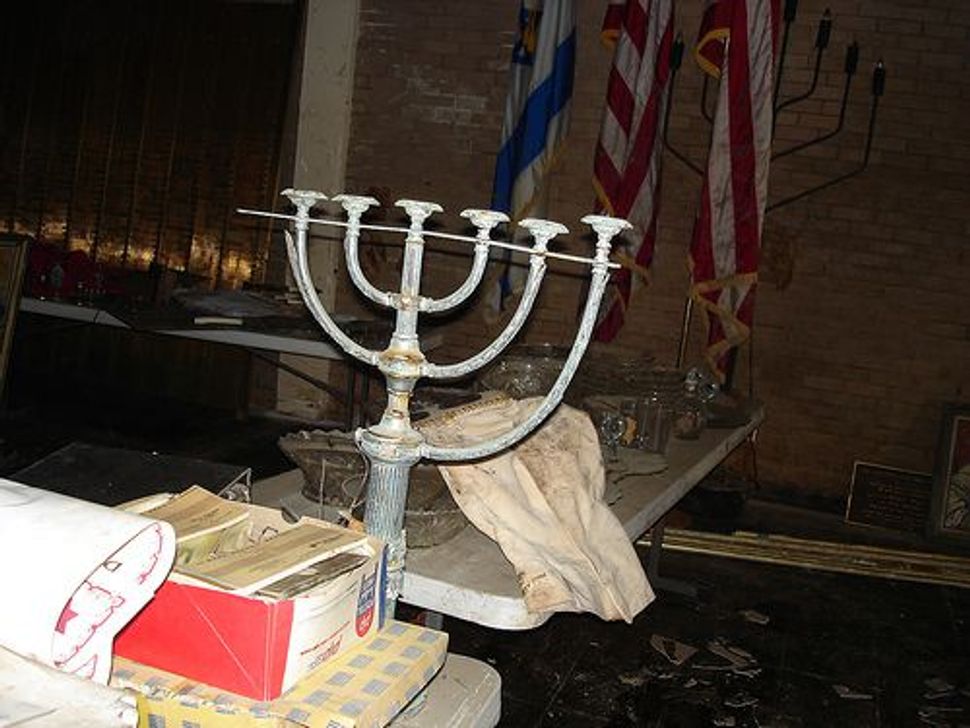 The menorah at Beth Israel Congregation in New Orleans. (click to enlarge) Image by Courtesy of JWA

This weekend we lead up to the 5th anniversary of Hurricane Katrina, which struck New Orleans on the morning of August 29, 2005 killing more than 1,700 people and displacing hundreds of thousands. There is a lot to digest and discuss this year as we consider the storm, the response, and the efforts to rebuild still underway.

Five years ago, watching these events unfold, the Jewish Women’s Archive decided that we had something to offer. JWA had the resources and expertise to capture the story of the Jewish communities of New Orleans and the Gulf Coast. We conducted oral history interviews and created an online collection of documents and images from people across the country that were affected by the storm. This project is called “Katrina’s Jewish Voices.”

Leah Berkenwald is the online communications specialist at the Jewish Women’s Archive, and a contributor to its Jewesses With Attitude blog, which cross-posts weekly with the Sisterhood.

The Women Behind ‘Katrina’s Jewish Voices’