‘The Velveteen Rabbi’ on Raising Money for Mosque Repair 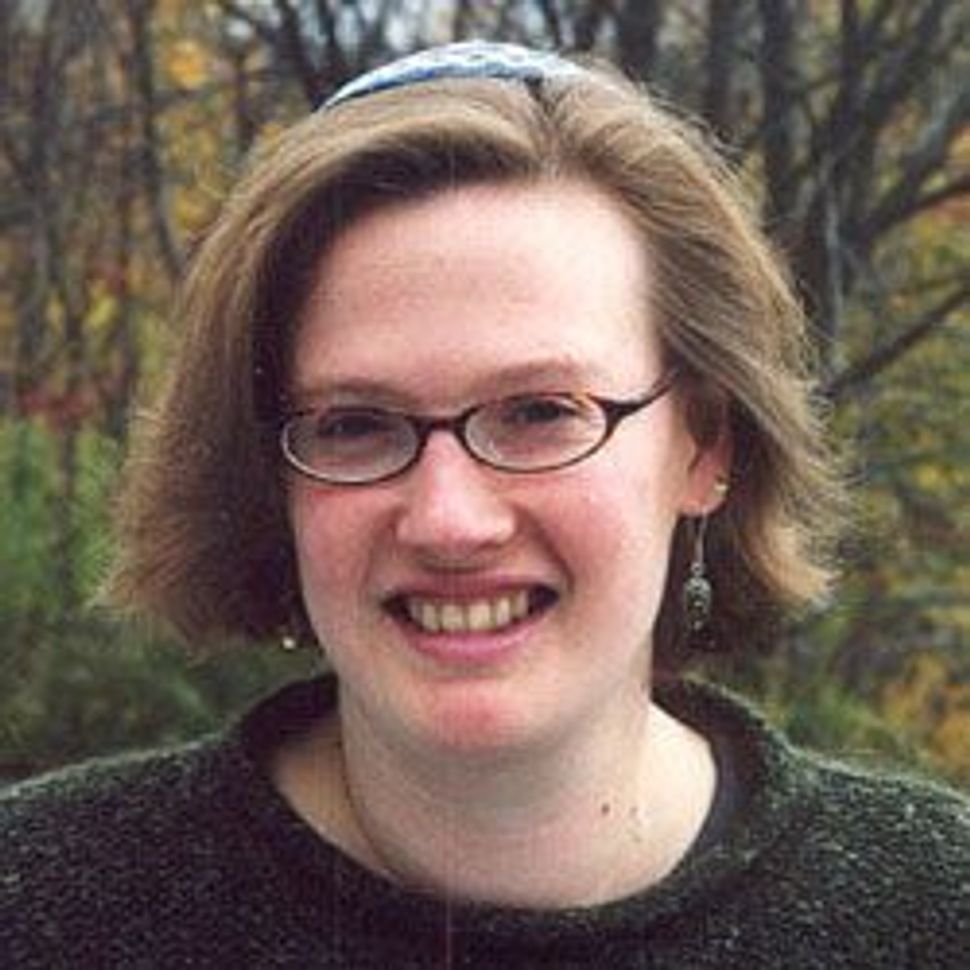 It’s not every day that New York Times columnist Nicholas Kristof cites a rabbinical student, but Rachel Barenblat won that distinction on Sunday, when the writer mentioned her recent success raising money so that a vandalized Queens mosque could replace its damaged prayer rugs.

On August 25, a drunk man entered an Astoria, Queens mosque, called the worshippers there terrorists and then urinated on their prayer rugs. Apalled, Barenblat tweeted about the incident and someone reading her Twitter stream suggested that they find a Queens synagogue interested in donating money to pay for new carpets.

Instead, the 35-year-old posted on her blog, “The Velveteen Rabbi,” a request for donations to be passed along to the Al-Iman mosque, to pay for a steam-cleaning of its prayer rugs.

Barenblat posted the idea on Friday afternoon. By late Sunday, when she decided to stop collecting funds, $1,180 had come in from 65 different donors. “It struck a chord with people, because they started posting the link and re-tweeted, and the money started pouring in,” she told The Sisterhood. Donors included people who identified themselves as Jews, some Christians, a few Muslims and Buddhists, and “at least one pagan,” she said.

“Most of the donations were $18 or smaller, there were a lot of $5 and $10 dollar donations,” she said. “It went viral in a small way. Sixty five people isn’t hundreds of thousands, but it’s more than I would have reached on my own, and God knows I couldn’t have made a $1000 donation to anybody. I too am in the $18 donation camp.”

After sending the mosque a check with a note listing the donors, she received an email from the mosque acknowledging the donation.

Barenblat says that she is deeply committed to ecumenical work. Now in her last semester of rabbinical school in the Jewish renewal movement’s Aleph rabbinic training program, she is also a poet and mother to 9-month-old son Drew. She and her family live in a tiny Berkshire town near Pittsfield, Mass.

Last year Barenblat took part in a multi-denominational retreat of ten Jewish and ten Muslim clergy-in-training. “We spent a few days discussing the Joseph/Yusuf narrative, and I came away really wanting to do more Jewish-Muslim dialogue work,” she said.

What lesson has she taken away from her successful inter-faith fundraising effort? “Part of what was amazing about this was seeing that a lot of people doing something small can create something much bigger,” she said.

‘The Velveteen Rabbi’ on Raising Money for Mosque Repair