Penina Roth: The Brains Behind NYC’s Most Diverse Reading Series 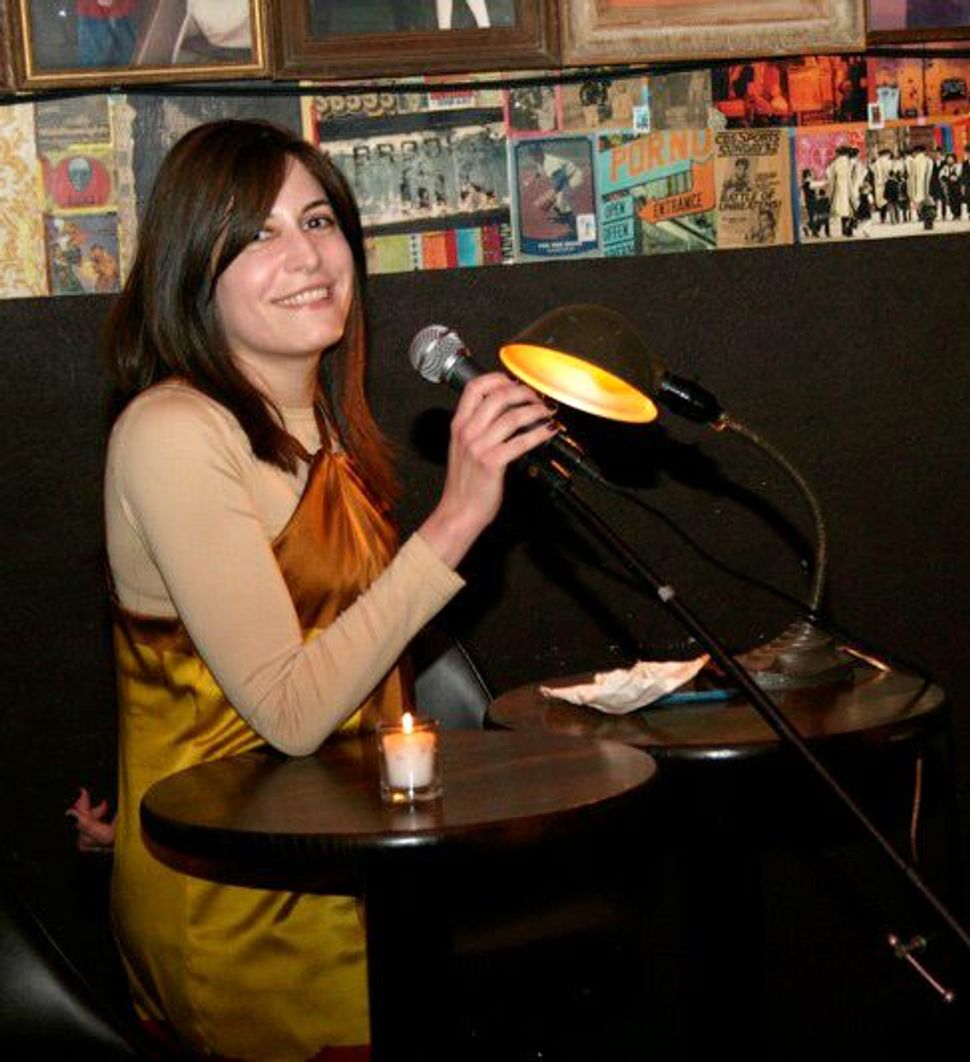 Penina Roth is an atypical Lubavitcher; she once worked as a wardrobe stylist for music videos and was a literary groupie before launching the popular Franklin Park Reading Series last year. Located at a bar of the same name in the steadily gentrifying neighborhood of Crown Heights, Brooklyn the series boasts an impressive collection of readers and performers, from bestsellers to unknowns. Some of her readers previously featured in the Forward include Dani Shapiro, Amy Sohn, and Teddy Wayne.

Allison Gaudet Yarrow spoke recently with Roth about the changing face of Crown Heights — a neighborhood that Hasidic and Caribbean families have long called home — and what it means to bring an infusion of literary arts to the area.

What does it mean to you personally and to the neighborhood to bring a literary reading series to this section of Brooklyn?

I’ve lived in Crown Heights for many years, [working] as a journalist, aspiring novelist and avid reader, but I felt frustrated and isolated due to a lack of fellow artists and literary enthusiasts — until 2008, when we had an influx of new transplants. I’m especially interested in highlighting the diversity of voices —ethnic and cultural — in our transitioning neighborhood.

How did you come up with the idea for a reading series?

Most writers, even bestselling writers, are accessible and down to earth. I’ve been going to readings for 10 years. I discovered there was this phenomenon of readings at bars. I researched it. There was a dearth of literary activities, nothing in Crown Heights.

So you decided to make something?

I became very interested in Franklin Avenue gentrification. The new transplants are very well educated. Many of them are very literary. I felt there was an audience, seeing the cooperation between the different communities — the African-Americans, the new transplants, Caribbean-Americans, and the Hasidim who are hanging out at Franklin Park Bar.

How would you describe the event?

The readings are programmed to be entertaining and enlightening, appealing to serious readers and writers as well as less literary types seeking a fun night out with friends and neighbors — really a community event.

Do Hasidim come to your readings?

People argue about this. This is complicated. My intention at the beginning wasn’t necessarily to attract the Hasidim because I didn’t know there would be that interest.

So you never intended to bridge the Hasidic community with these other communities?

I think I was fascinated by it. I’m trying to do outreach in the community. I was thirsting for [a reading series]. I was here for years and I always felt kind of alienated because I’m not a traditional Lubavitcher.

What kinds of authors do you book to read?

People aren’t necessarily going to want to schlep out to Crown Heights. So I had to build interest. I’m hearing from locals that they don’t even know who the writers are. I could bring the most famous writer in and they wouldn’t know, they would just be like, I had a good time.

The next Franklin Park Reading event will be held tonight, September 13, at 8 p.m. For more information visit franklinparkbrooklyn.com

Penina Roth: The Brains Behind NYC’s Most Diverse Reading Series