A Feminist Victory … on ‘America’s Next Top Model’ 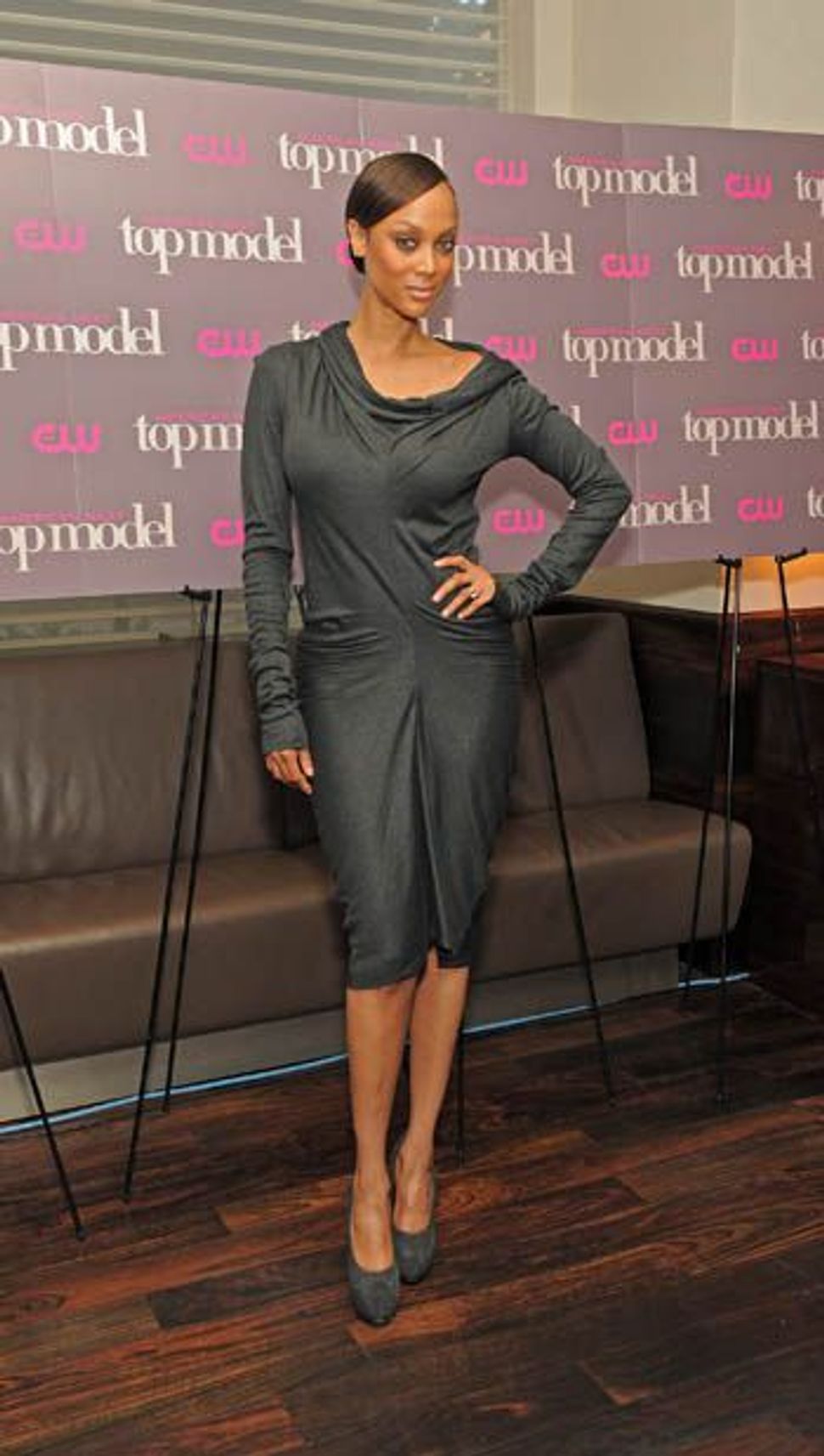 A shameful admission from a proud feminist: I’ve been watching the latest season of the reality show competition “America’s Next Top Model.” I know, I know, I ought to be ashamed of myself, but there’s something about this show that is so far removed from day-to-day life that I just can’t help myself.

Of course I try to assuage my guilty conscience by providing a running feminist commentary as I’m watching, but I can’t deny the blatantly obvious: I’m still one of the consumers who’s caught up in this warped perception of feminine beauty.

And yet, there is a small feminist victory in all this — and it has nothing to do with the inclusion this season of a Modern Orthodox contestant.

In last week’s episode, host, and former supermodel Tyra Banks, and her panel of judges, actually scored a big thumbs-up from me for choosing to eliminate the contestant Anamaria, for the explicit reason that she looked emaciated. As Banks put it: “We are concerned about the message that your body type might send to young girls.”

(Just to describe this young girl to any non-ANTM viewers out there: This is someone whose ribs stuck out further than her breasts, who almost disappeared in her sideways-on photo-shoot, who said she likes looking in the mirror and seeing her “abs.”)

Now obviously you can argue that this is mere lip service/hypocrisy on the part of Banks and her fashionista cohorts — seeing as they are part of the whole fashion machine that perpetuates this unrealistic, stick-like body image for women in the first place. And we should not forget that they accepted Anamaria to appear in the show in the first place.

But, I would argue that Banks is clearly taking seriously her responsibility to all the impressionable young women who watch the show by explicitly criticizing this contestant for her unhealthy body image. As she tells Anamaria:

You might be the healthiest girl in the world, but it might not hurt to eat some avocado and a little bit of bread with some butter on it, so that you can book jobs and project an image that doesn’t feel as if you’re hurting your body.

Go Tyra! Not just bread, but bread with butter? Who would have thought that deliciously forbidden word “butter” would ever even be uttered on a show like ANTM?

In fact, Banks herself projects the exact image she’s encouraging this misguided young woman to build. Granted, she’s tall and thin, but she looks thin and healthy — a far cry from the waif-like, skeletal body shape she is criticizing.

It is a small feminist triumph, from an unlikely source.

A Feminist Victory … on ‘America’s Next Top Model’