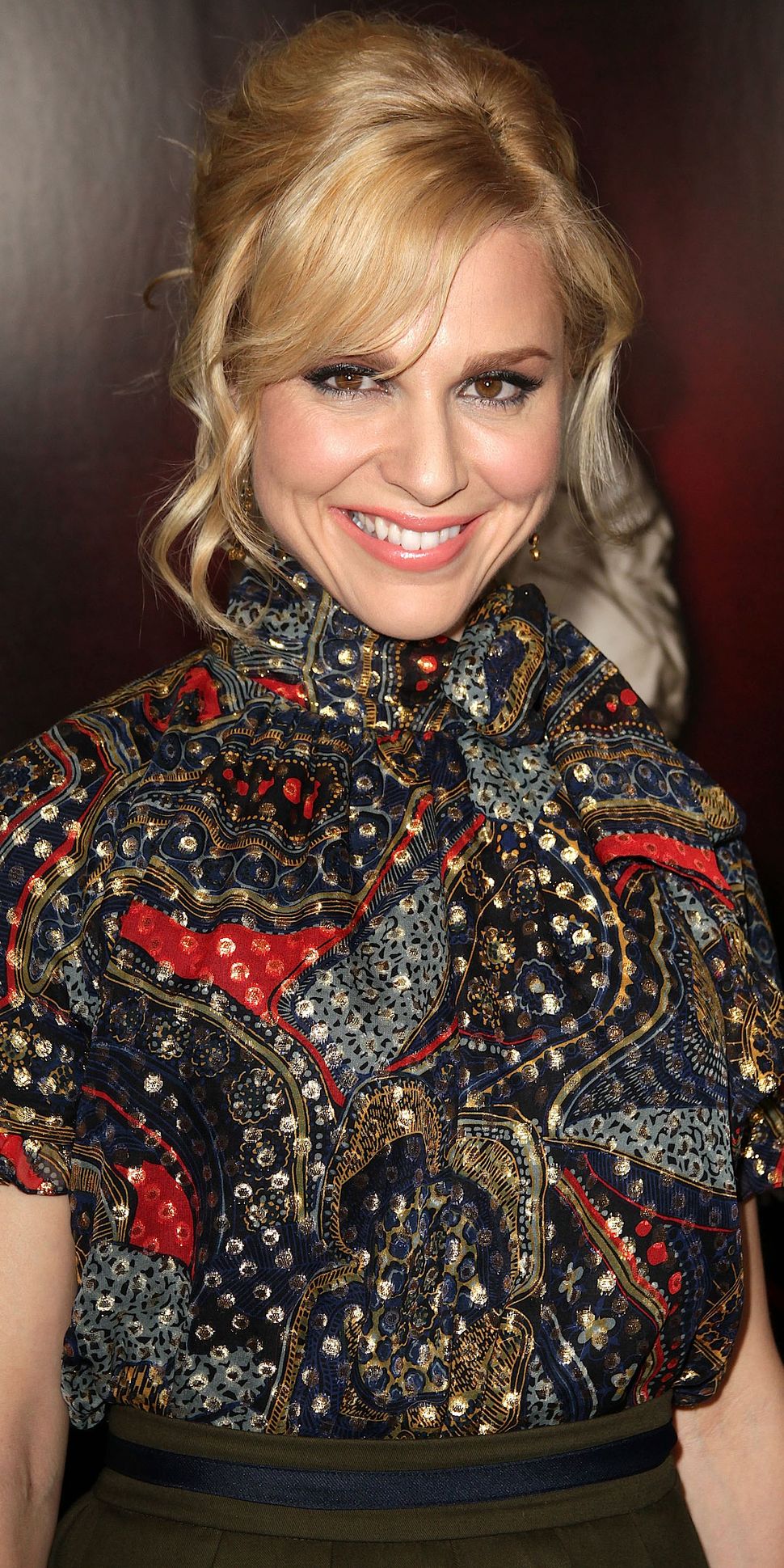 Actress Cara Buono, who plays Dr. Faye Miller, psychologist and new paramour for Don Draper on “Mad Men,” has been making the interview rounds recently as her character’s role expands. Despite her cool blond exterior, Dr. Miller is a girl from the neighborhood, and she may even be a Jewess.

Some have noticed the distinctly Yiddish origins of a particularly salty kiss-off Dr. Miller shouted from a payphone as well as the New York ethnic accent that slips out when she’s heated or vulnerable. We know her dad is a candy-store owner with Mafia connections, and that like Don, her chic exterior hides a less privileged past. So of course, we’ve been wondering: Is she really a Jewish girl, or did she just have Yiddish-speaking neighbors in the borough of her youth?

In an interview with the LA Times, Buono seems to confirm the former: “She’s also Jewish. The line she says in the phone booth when she’s telling her boyfriend off. ‘Go … in the ocean.’ That’s an English translation of a Yiddish expression. And her father, though he’s a gangster, he’s not of Italian descent.”

If this is true (and it may just be inference on Buono’s part), it’s an interesting choice for the show, whose writers made such a big deal of the firm’s, and Don’s anti-Semitism in the first season — just before he began having an affair with the beguiling Jewish department-store heiress Rachel Menken, a character beloved by the Sisterhood. In those early episodes, the Jewish characters were branded as the ultimate outsiders. But recently, the last name “Siegel” attached to one character and this hint about Dr. Miller suggest that Jews may be more accepted as part of the crowd — one character is coming back from Hollywood using expressions like “gonifs” — and also that not every Jew on Madison Avenue is as wedded to being open about their background as the Menken clan.

Many of us religious “Mad Men” watchers noticed the similarities between Miller and Menken long before the Yiddish joke got slipped in. Assertive, childless career women who initially reject Don’s advances before succumbing, both women are his equals, perhaps his moral superiors, and both receive confidences about his past. But the circumspect Miller with her fake wedding ring and her shady connections may not just be emblematic of how things have changed in terms of the acceptance of Jews, but also someone who is more of a real match for the secret-holding Don Draper than was upright Rachel. Whether or not Don can stand being in a relationship with someone who knows the truth about him remains to be seen.