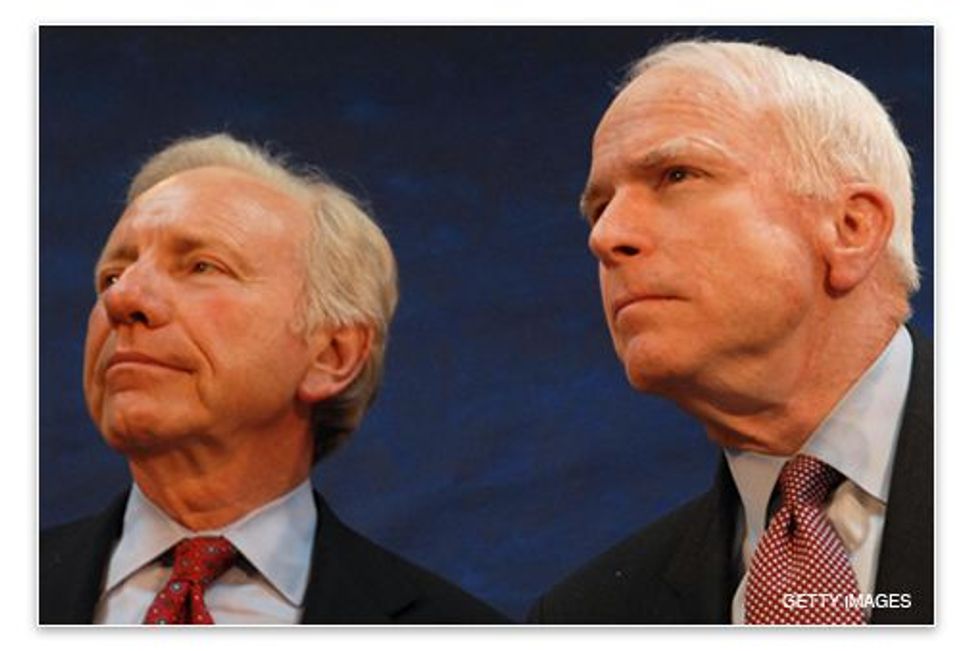 Republicans close to the McCain campaign say Lieberman’s appearance at the convention, possibly before a national primetime audience, could help make the case that the presumptive GOP nominee has a record of crossing the aisle. That could appeal to much-needed independent voters.

McCain has yet to ask Lieberman to speak, either in primetime or elsewhere, at the convention. But if McCain thinks it will help make his case for the White House, as some of his allies suspect, Lieberman would be willing to speak on his behalf.

“If Sen. McCain, who I support so strongly, asked me to do it, if he thinks it will help him, I will,” Lieberman said in a brief interview.

Lieberman said he doubts McCain will ask him to give a keynote address, but acknowledges the subject has yet to come up in the two senators’ discussions.

A Lieberman aide said even though there are no plans for the Independent to give a speech at the convention, it is a “likely possibility” he will address the Republican audience in some form.

Update: Lieberman also is taking some swings at Obama, telling an interviewer that the Illinois senator has “some positions that are far to the left of me and I think mainstream America.”