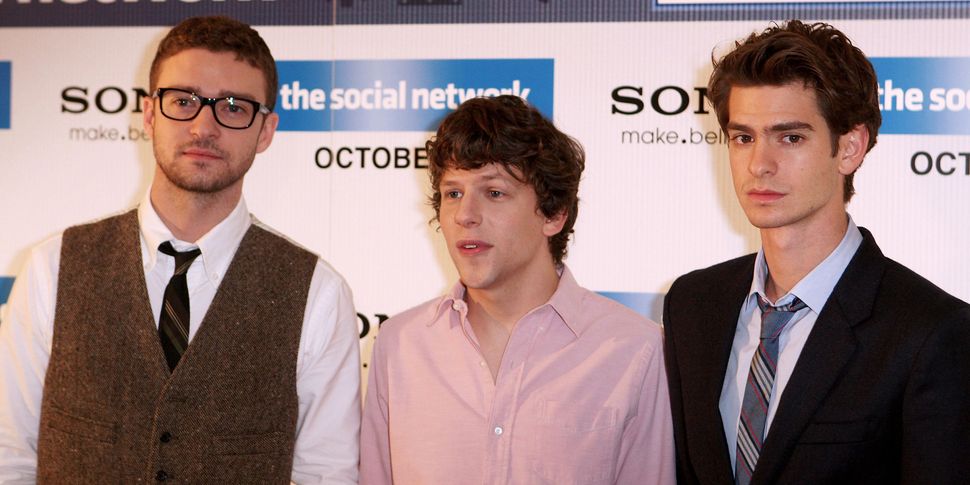 Sarah Seltzer came away from watching “The Social Network,” the movie about the founding of Facebook, peeved about its (non)portrayal of women. In her post, “The (Male-Only) Social Network,” she quoted Maya Dusenbery about “the wall of giggle and boobs that composes the film’s background.” I, too, came away miffed about this, but also thinking about the fact that those giggles and boobs belonged to a large (excuse the pun) number of young Asian women.

In a scene in the film, in which the Mark Zuckerberg character pulls his friend Eduardo Saverin out of an AEΠ (a Jewish fraternity) party to talk to him, Zuckerberg glances over at a group of Asian female Harvard students and asks what they are doing there. Saverin answers with something about how Asian girls like “us,” meaning Jewish guys. A bit later, two such students come on to Zuckerberg and Saverin and one ends up going out with the latter.

As someone who has observed the growth in the number of couples made up of Jewish men and Asian women (especially so in Northern California, where I live and where there is a relatively high rate of interracial relationships in general), I took note of Saverin’s offhand line and wondered whether he was referencing a false stereotype or a legitimate trend.

A young Jewish woman I know who is studying at a top university told me that, in her experience, the AEΠ scene was accurate, and said she “laughed in recognition at that scene in ‘The Social Network.’” In fact, she posted on (where else?) Facebook a recent video — a send up of a Flight of the Conchords song — made by science grad students at the University of California at San Francisco. Called “The Most Beautiful Girl in the Lab,” the video shows a couple of “geeky” Jewish guys (one guy is referred to by name as, “Zev”) serenading a young Asian woman in a lab meeting.

I decided to ask some Asian women who have married Jewish men what they thought about all this. All three of the women I spoke with — one Japanese, one Korean and one Chinese — converted to Judaism and are moms in the local Jewish day school and synagogue communities where I live. Given that they are all of my generation, they reported that they are surprised at how much more common it is for them to see young Asian women with Jewish men these days. When they met their husbands, they were one of the only —or the only — such interracial couple they knew.

As opposed to what my young acquaintance thought about the attraction between Jewish men and Asian women — mostly having to do with (pernicious) stereotypes that Asian women are submissive and Jewish women are demanding — these older Asian-Jewish women thought that the affinity was due to a common emphasis on education and family that is shared by Jews and Asians. “Asian women don’t see nerdiness or lack of athleticism as a negative,” said one of the women. “I would have had a much harder time bringing home a big football player who wasn’t doing well in school than a scholarly Jewish guy.”

No doubt, there are similarities between the two cultures, but there is something more basic about the attraction. Let’s just say that I don’t think it is mere coincidence that there are online discussions about the Asian woman being “the new shiksa.”