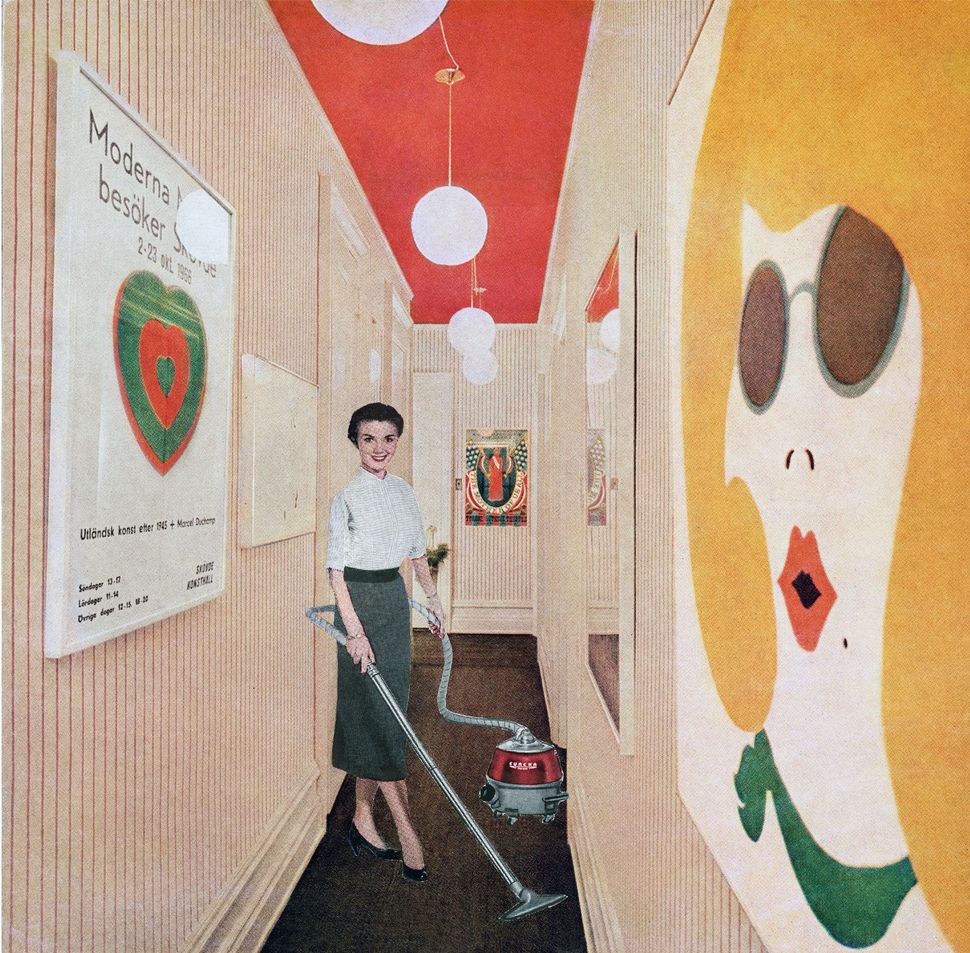 That both Kusama’s and Kurt’s pieces are included in the show raises a number of questions about how the curators define “subversion.” Are artworks subversive simply because they were made by women? Does something that was shocking 40 years ago still qualify? Is a candy box actually subversive? If the aim of the show is to open a space for female artists in the Pop canon, then “Seductive Subversion” half succeeds: It showcases a number of talented and largely unknown female artists, but fails to prove — as it claims — that there was a radical undercurrent of feminist Pop that fell victim to 60s art world misogyny.

Upon entering the gallery and passing May Wilson’s “Ridiculous Portraits” — a series of collages with the artist’s face superimposed over celebrities and politicians — visitors are greeted by two wooden derrieres. These are “The Bicycle Riders,” one of two sculptures by Marisol, a French artist whose works riff on American pop culture while often resembling gargantuan Russian dolls. Her John Wayne rides an oversized toy horse and, in the next room, Niki de Saint Phalle’s “Black Rosy,” a Duchamp-inspired sculpture of a big curvaceous woman, cuts a similarly imposing figure, towering over viewers with a bizarre and matronly air.

Cinema is one of the more popular source materials for works in the exhibit. In her paintings, Rosalyn Drexler sets King Kong and cinema vampires against geometrically spliced canvases, placing a twisting Chubby Checker afloat in a sea of primary colors. Pauline Boty’s sardonic homage to Jean-Paul Belmondo reflects a more biting use of film, while in “Home Movies,” Joyce Wieland approaches cinema from a different perspective, mimicking the materiality of cinema by sewing together a series of plastic baggies like a film reel, then filling them with personal objects.

Aside from several more explicitly political pieces, such as Liz Lozano’s abrasive paintings of guns-as-penises, political critique felt largely subdued — if not by the artists themselves, then by the curators. A major exception was Martha Rosler, who was given a hallway for her photomontages, scathing critiques of American sexual and social mores of the 60s.

“Seductive Subversion” probably won’t put many female Pop artists on the same footing as their successful male counterparts, nor will it revive reputations, but it’s not without value. As John Berger writes in the introductory quote to the show, “men look at women. Women watch themselves being looked at.” Nearly four decades since the end of Pop, its female members are finally getting a fair look.