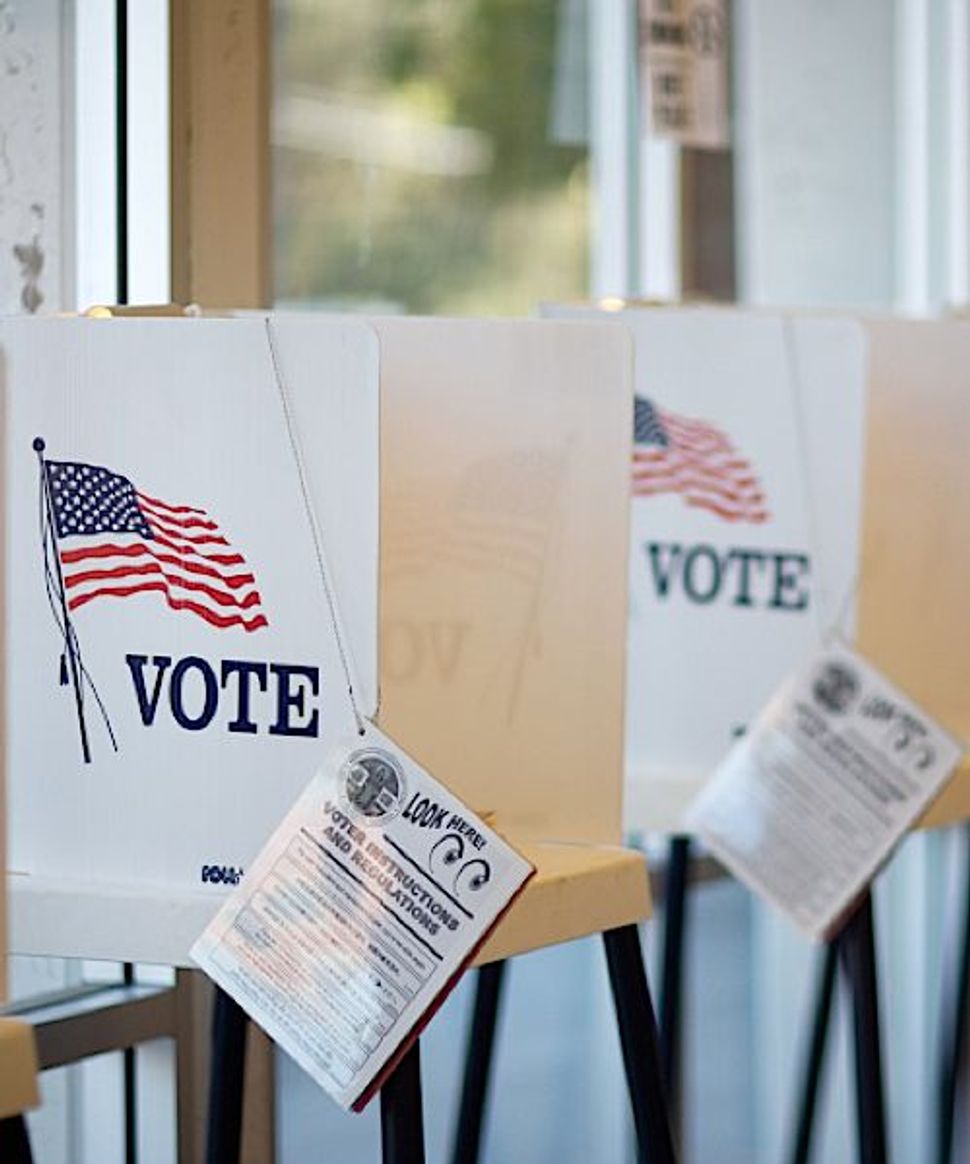 Voting this morning I saw several parents with tots in tow, and it reminded me of the many, many times I took my kids to the polls. I took them strapped on to the front of me in baby carriers; I took them in strollers; I took them by the hand as toddlers; and starting when they were 2 or 3 years old, I let them move the metal lever from right to left and back again, once my vote was cast.

Well, those days are over.

Now we get to vote by filling in the oval next to the candidate of our choice on a paper ballot, as if we were taking the SATs. Then you take the ballot and go to a scanner and feed it in. That’s it. It is, as one neighbor said this morning, “about as exciting as going to the bank.”

Not even. At least there you get to see your bank balance rise or walk away with some greenbacks. Now that buying votes has been outlawed, you don’t even get that pleasure at a polling station.

I have long loved taking my children to participate in the sacred secular ritual of exercising our right to vote.

There has been the rare election — like President Obama’s, in 2008 — where there is a real sense of widespread excitement. But there has also been a sense of noble purpose even voting in an ordinary election, like a primary or this gubernatorial race, and I have hoped that my children would absorb some of it.

If I can take any credit for 16-year-old Boychik’s interest in our political system, I’ll do so for having taken him to vote since he was an infant. We will see if his sisters, as they get older, share his excitement. Boychik’s interest far transcends my own. Ask him about almost any House or Senate race in the country and he can speak knowledgeably about the candidates. But long before a child is old enough to digest election-season news for himself, he can be taught about what a privilege it is to vote.

I favor technological advancement, of course, and there’s no question that the creaky metal voting booths used until recently in New York were relics of an earlier era. But there was something dramatic about pulling the vinyl curtain around you to vote, flipping down the little plastic buttons next to candidates’ names and moving that long-armed red lever down and back again to conclude the process.

Feeding paper into a scanner just doesn’t have the same feeling.

So next election season, I pledge that the person who figures out a way to restore a sense of dignity and drama to exercising this wonderful right will have my vote.