In Israel, Civil Marriage Is on the Horizon — But Only For a Few 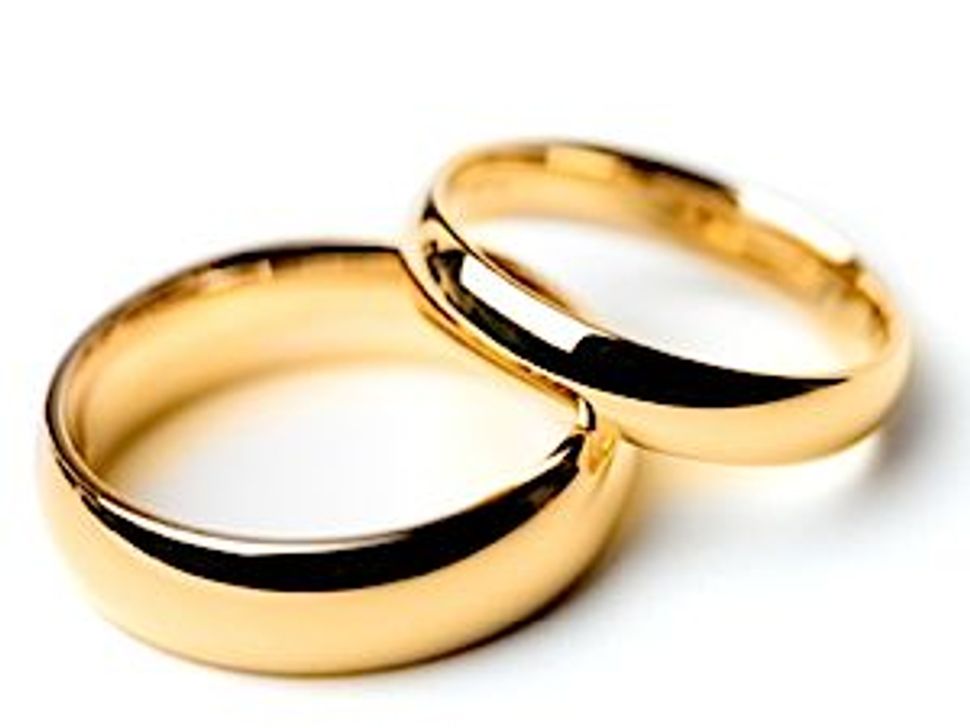 L’Chaim! It’s nearly time to celebrate for the 60,000 Israelis who, until now, were unable to marry in their own country because they are not Jewish according to Orthodox interpretations of Jewish law.

And thousands of Jewish couples will be extremely jealous.

A new marriage registrar, expected to be approved by the Israeli government within days, will pave the way for civil marriage, which, until now, has been non-existent. Right now, valid marriages are only those performed by an official representative of the religious community to which the couple is affiliated — Jewish, Muslim, Druze or Christian.

Those who do not legally belong to one of these groups are defined as “non-denominational,” a group that is primarily composed of those who immigrated to Israel under the Law of Return, which requires a Jewish grandparent but aren’t halachically Jewish.

For most engaged secular Israeli couples, their encounter with Israel’s Chief Rabbinate is something to be endured, and in many cases, is dreaded. In order to be granted the privilege of a Jewish wedding in Israel, couples must produce extensive documentation proving their Jewishness, and are required to undergo Orthodox-style marriage education on family purity laws.

The hassles and headaches of marriage by the Rabbinate sends thousands of these Jewish Israelis abroad for their official wedding ceremony — and such couples are a staple of the tourism trade in neighboring Cyprus. Those heading abroad includes those couples who chose to stand under the chuppah and have their ceremony performed by a Conservative or Reform rabbi, since the Chief Rabbinate refuses to certify non-Orthodox rabbis to perform legal marriages in Israel.

Already, David Rotem, the Knesset member who is behind the new law, has said he views the measure as a “first step” and will work to make civil marriage available to all. That would include those who want to intermarry, as well as Jews who want their religious ceremony to be performed by a non-Orthodox rabbi, and don’t want to have to fly abroad to make it official.

The Rabbinate and the Orthodox establishment can be counted on to fight such a law tooth and nail.

In Israel, Civil Marriage Is on the Horizon — But Only For a Few