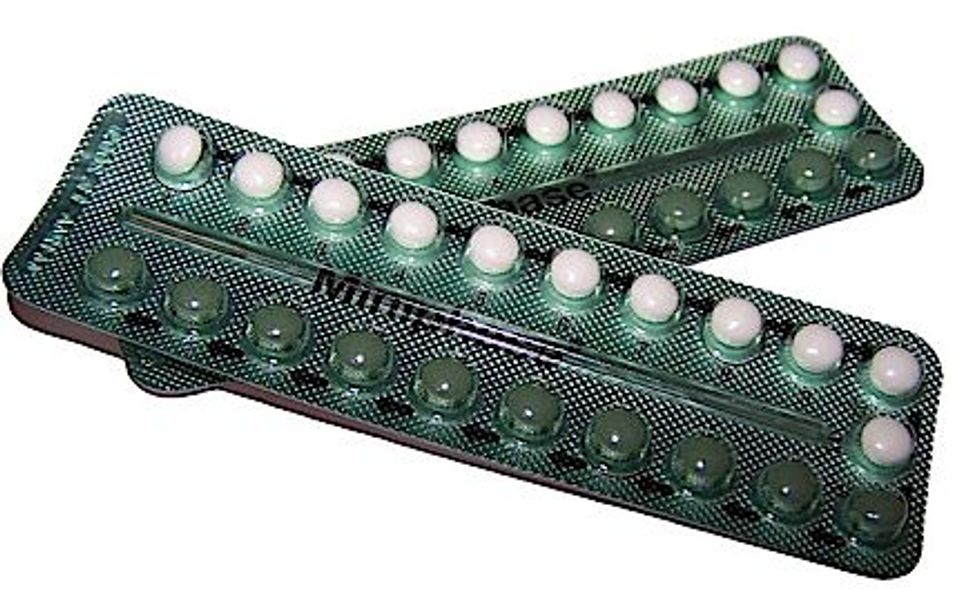 Vanessa Grigoriadis has the cover piece in this week’s New York magazine about the unintended “consequences” of the birth control pill — namely, infertility. “Inadvertently, indirectly, infertility has become the Pill’s primary side effect,” she writes. Her explanation is that women are so caught up in “sexual freedom” that oops! they forget their prime years for childbearing are before the mid-30s and, in short, end up wizened and barren and mad at themselves for their past decade of desiring consequence-free fornication. She writes: “On the Pill, it’s easy to forget the truths about biology. Specifically, that…fertlity is a gift of youth.”

A report from a decade ago shows that these trends may be even higher for Jewish women, who delay marriage and childbearing in greater numbers than does the general population. Why I do not know, but I do know that many of my Jewish friends get variations of the same pragmatic speech from our moms: “have a degree/career/publication before you have kids.”

And what’s wrong with that?

Because while the piece raises some interesting points about rising infertility and the financial and emotional toll it can take, I think the author entirely wrong to blame the Pill, and by doing so feeds into a weird anti-Pill backlash that I really detest — and also, as Amanda Marcotte notes in a must-read rebuttal, misleads us as to how the Pill actually works. The Pill is not perfect — no drug is — but it’s not the source of all our problems. And as Marcotte also notes, it’s the only drug that gets such flak for being “unnatural,” as if aspirin and antibiotics and Pepto-Bismol aren’t equally so.

For many women who want to have kids eventually, delaying childbearing has absolutely nothing to do with wanting to “fit in” by taking a trendy drug and bonk men all day. It has to a lot do with simply not having the financial or romantic/domestic stability required to have kids. And just like the writers who gleefully hype up the “mommy wars,” Grigoriardis forgets to mention that we live in a society with no affordable daycare, no mandated paid parental leave policies, which means women have to bank up a ton of money and professional credibility before they have children — and even then, they’ll struggle to return to the workforce. Furthermore, a lot of men aren’t ready to have children when their female partners are in that “prime” childbearing age. But I don’t see them being blamed. And then there are the ridiculously high parenting standards that our society embraces, which make the prospect of being a “good” parent even more daunting — you have to be loaded and available 24-7 and uninterested in anything but potty training and preschools, the message is. This is not an option for most twenty-somethings.

I really resent the characterization of Pill-taking women as out of touch with their bodies, particularly because it furthers pernicious anti-choice and sexist ideas about women being duped and deluded easily regarding their reproduction. As Lindsay Beyerstein writes, “what does being ‘in touch’ with your body have to do with your ability to count to 35, ask questions of your doctor, or use Google?” My twenty-something friends and I have discussions all the time about the different factors that go into deciding when to start a family. We weigh the pros and cons of our emotional and financial readiness, our careers, our commitments, the availability of family members who can help out, and yes, our fertility. And I know we’re not alone. Grigoriardis falls into the far-too-common trap of blaming women for dilemmas foisted on us by a hostile society.